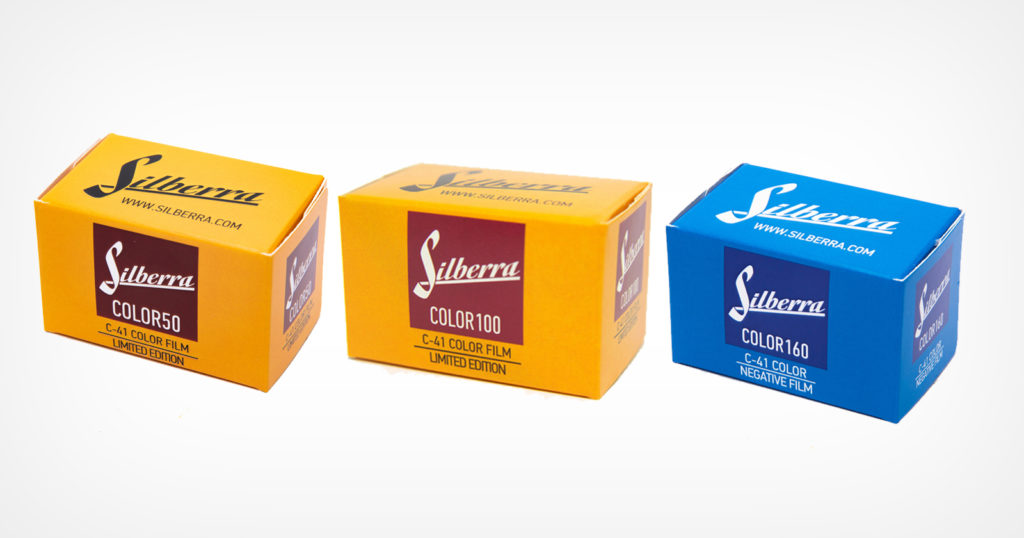 Silberra, a Russian-based company known for its line of 13 black-and-white films, has unveiled three new styles of color film for 35mm and 120 formats at approximately $13 per roll.

While the color film made by the company was initially discovered by Kosmo Foto in early 2020 with the release of the Color 160, it and the other new additions were not made available through the official website store until they were just recently discovered by the publication.

This new lineup includes a Color 160 C-41 Color Negative Film, a Color 50 C-41 Color Film Limited Edition, and a Color 100 C-41 Limited Edition style. The website describes the film as having “slightly different taste for everyone. Some photographers say that it reminds them Kodachrome colors, some would say that there are tints of another film. Actually, the film will certainly show you that it is different from anything you’ve seen, right from the first look upon the emulsion.”

Many film producers stopped manufacturing film stocks in the 1990s and 2000s after the advancement of DSLRs due to the high cost and falling demand, which left most of the market to major players like Kodak, Fujifilm, Ilford, Adox, and Foma. Because it is expensive to produce, new color films are a very rare thing to see from the manufacturers still providing them. According to the report from Kosmo Foto, it initially believed these new films are rebranded stock of an existing color product.

The company alleges that the film is entirely new though, and in an exchange with Silberra’s founder Konstantin Shabanov, Kosmo Foto was told as much.

“We’re bound to classify the coating place by the contract, but that’s new stock and we’ll keep it available. We may state the next things about the emulsion and its properties,” Shabanov says.

“As most of Silberra films this one is not available under any other brand at mass market,” he continues. “It was coated by special order and we hope to have a kind of exclusive rights for it since the next coating. We don’t have access to the formula of the emulsion, so it was made to comply with described quality and properties.

“We’ve got different feedback from different photographers around the world about the color rendering of the emulsion. Some of them say that it reminds them [of] good old Kodachrome, some of them name other films. To avoid direct comparisons with different brand names we may say that it was made to provide natural color rendering with slight shift to magenta. Magenta tint was inevitable due to the original formula of the emulsion which was used to create the final product.”

The full response from Shabanov can be read in Kosmo Foto’s coverage here.

According to the company, the film is made to provide natural color rendering with slight shifts to magenta due to the original formula of the emulsion which was used to create the final product. The tint seems to come and go with ISO, with the lower ISO showing less of a tint. Pushing or pulling the processing of the color films will not shift the colors significantly, but it will enhance or degrade the magenta tints. Shabanov has also stated that Silberra does not have access to the formula of the emulsion, so it was made to comply with described quality and properties.

It appears that Silberra does not plan to reveal who exactly is making this new lineup of color film and the product itself isn’t lending many clues either, as it is devoid of much packaging info and states only “Made in Russia” on the box. Regardless, the addition of new color film varieties is always welcome for photographers still shooting in the analog format which has rebounded in popularity over the last several years.

You can find these new color films as well as Silberra’s full line of options through its website.