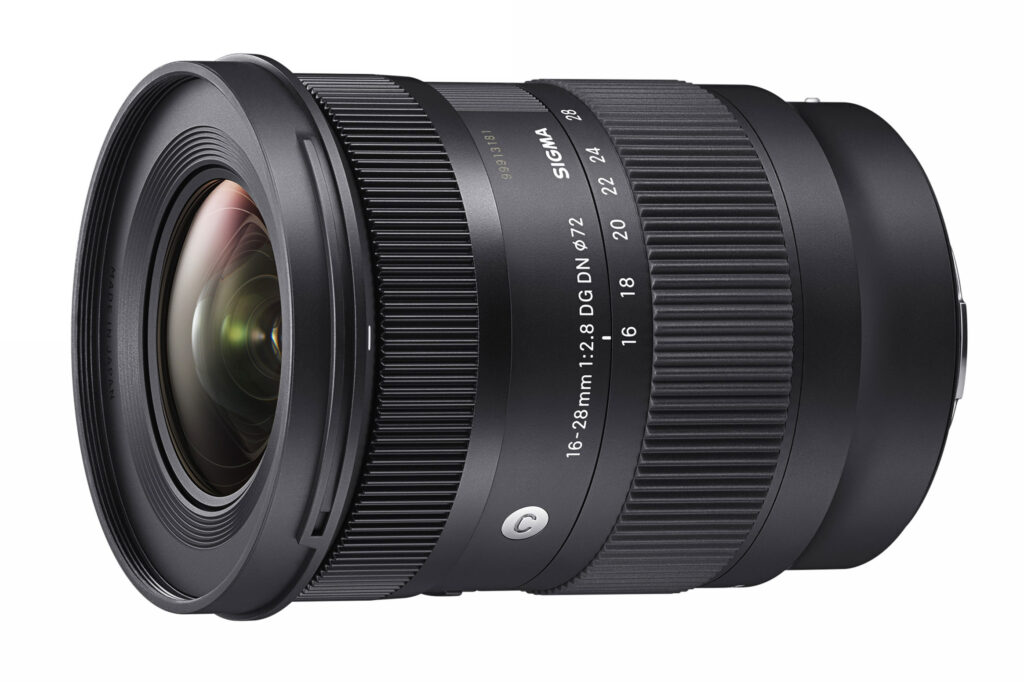 Sigma has revealed a new wideangle zoom for full-frame mirrorless cameras. The 16-28mm F2.8 DG DN | C is essentially a smaller and more affordable alternative to the firm’s premium 14-24mm F2.8 DG DN | Art, with a zoom range that makes it suitable for a range of subjects such as landscapes, architecture, and interiors.

The new 16-28mm f/2.8 is designed to complement the similarly compact 28-70mm F2.8 DG DN | C, and together, the two lenses weigh in at well under a kilogram. As with its 28-70mm sibling, Sigma has been able to reduce the lens’s size by restricting its zoom range. Given that most users will surely be pairing this lens with a standard zoom starting at 24mm or 28mm, few are likely to be concerned by the ‘missing’ 28-35mm range compared to conventional 16-35mm zooms.

Like its 28-70mm sibling, the 16-28mm employs a relatively simple design. The only physical controls are the zoom and focus rings and an AF/MF switch; however, there’s no aperture ring or AF hold button. The outer barrel is primarily constructed from Sigma’s Thermal Stable Composite plastic and promises a dust- and splash-proof structure, while the front element is treated with a water and oil-resistant coating. Both zooming and focusing are internal.

Optically, the lens employs 16 elements in 11 groups, including 5 ‘F’ Low Dispersion glass (FLD) and 4 aspherical elements. Together, these aim to minimise field curvature and maintain sharpness into the corners of the image while minimising chromatic aberration. Sigma has employed its Super Multi-Layer Coating to suppress flare and ghosting.

Autofocus is driven by a stepping motor, promising fast and silent focusing. The minimum focus distance is 25cm, and the lens takes 72mm filters. This makes it more practical for landscape shooters than the 14-24mm f/2.8, which doesn’t accept screw-in filters due to its domed front element.