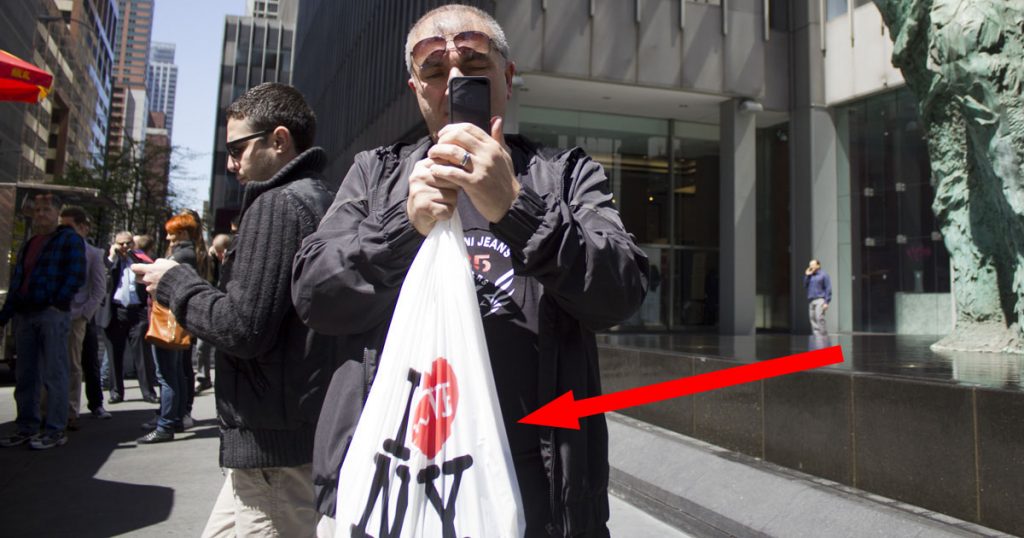 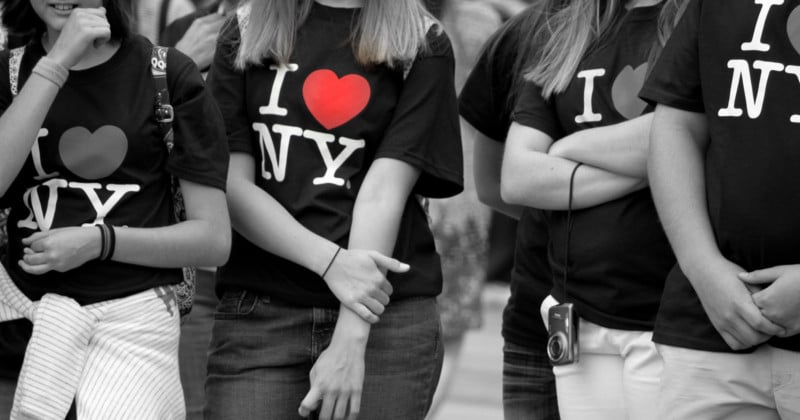 If you’ve ever been on the streets of New York City, you’ve likely seen the iconic I Love New York slogan and logo that has been around since 1977. But if you’re a photographer who sells photos, here’s something you need to know: that logo is trademarked by New York, and the state is quite serious about protecting it.

Created by graphic designer Milton Glaser in 1976 in the back of a taxi, the “I ❤ NY” logo has become an image that’s recognized around the world. It’s part of an advertising campaign that has been run over the past 40+ years by the NY Department of Economic Development.

What photographers may not know is that if you shoot a photo containing this iconic logo in the frame and then sell that photo commercially, New York State could come after you for trademark infringement.

Vienna-based street and documentary photographer Michael Goldrei just found this out after he was contacted by Alamy, the British stock photo agency through which he sells his work.

“I received an email from the ‘Alamy Copyright Team’, informing me that one of the several hundreds of photos I have for sale on their stock images website, would now be ‘restricted for editorial use only’,” Goldrei tells PetaPixel. “The reason for this? It features the ‘I HEART NY’ logo on a plastic bag in a small portion of the photo.

“Alamy have ‘received a letter from lawyers acting on behalf of New York State Department of Economic Development (NYSDED) regarding images of their trademarked I HEART NY intellectual property for sale on Alamy’.”

Here’s the photograph in question, shot back in 2013, that New York’s lawyers just sent a letter over:

“They have asked for these images to be removed as they say you or Alamy do not have the correct permissions to sell them and doing so is an infringement of the corporation’s registered trademarks,” the email from Alamy to Goldrei reads. 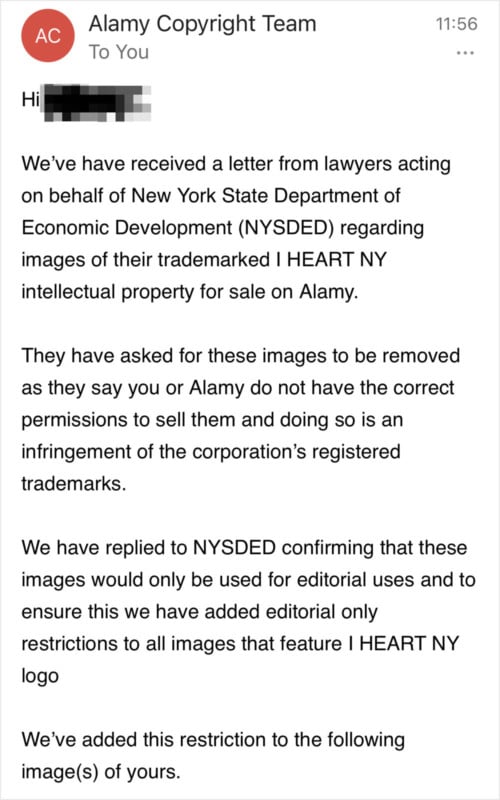 “In a world of copyright and lawyers, this didn’t come as a complete shock to me, although it does raise the question as to just how many photos of towns/cities feature logos of some kind,” Goldrei says. “In an age where walking through a city may expose you to hundreds of logos on clothing, shop signs, coffee cups, etc. every few minutes, where should companies draw the line as to what is their intellectual property, and what is just part of the (unavoidable) street furniture of everyday life?”

Another often-photographed subject that photographers may not know is protected is the Eiffel Tower at night. While daytime photos of the iconic structure can be sold commercially, the nighttime lighting is copyrighted and could land you in a copyright infringement dispute if you use images of it in certain ways without permission.

If you’re a photographer who wants to sell a photo that contains the I Love New York logo, even on a wrinkled plastic bag, you may want to get in touch with New York State for approval.

Daria Kosinova Proves That Fisheye Photos Will Always Be Cool

Sony Unveils the ZV-E10: A 4K Camera for Self-Filming Vloggers