Santiago Traverso Breaks The Limits of His Imagination Via Photos 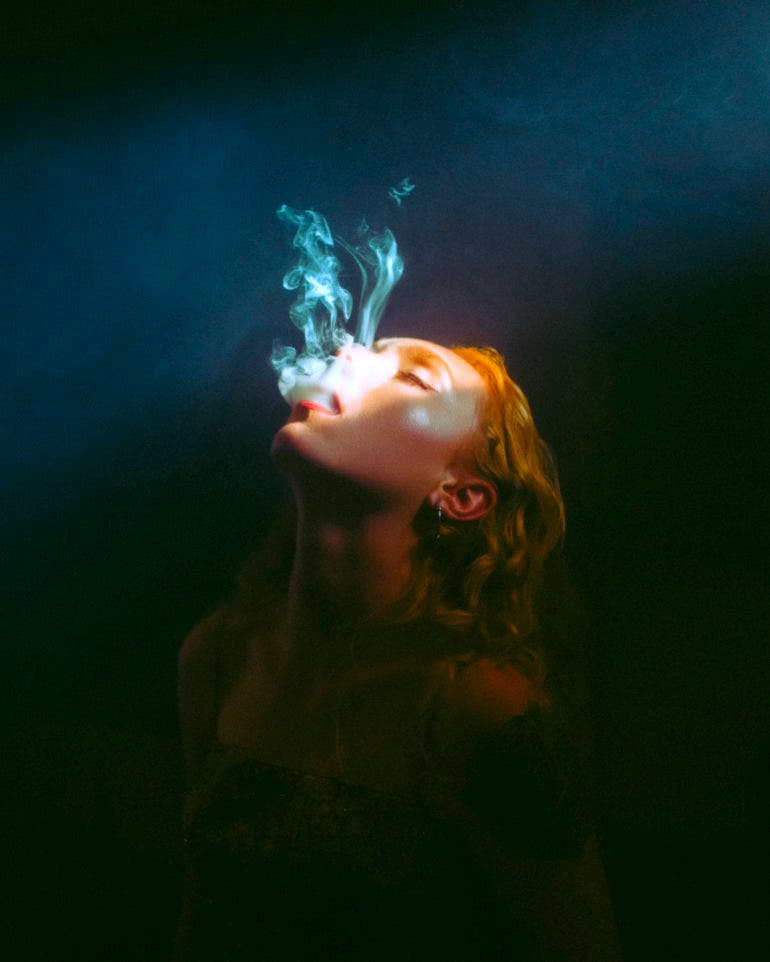 “The best feeling is when you have a crazy idea, and you make it true with only your creativity,” says portrait photographer Santiago Traverso about how he brings his inspirations to life. Mostly shooting at night lets him come up with some really funky lighting in his images. Using a multitude of lighting accessories, he creates vivid portraits, each of them distinct in feel.

When does inspiration spill into imitation? It’s nice to want to create a photograph similar to something you’ve seen if you eventually develop your own style from it. This is precisely what I saw in Santiago Traverso’s work. His work has many cinematic streaks from many famous movies. But he adds an individual touch to them, inspired by feelings and emotions he experiences.

I mainly shoot at night or in low light conditions, so fast lenses help to get the most out of my camera dynamic range. When it comes to lighting equipment I mainly use Pixel Tech lights

The Phoblographer: Hello there. Please tell us about yourself and your photography journey.

Santiago Traverso: Photography came to me by accident. When I was living in Peru, a friend from school and I wanted to start a clothing brand. And since we were two 16-year-olds with pretty much no money, we had to do everything. We needed to take photos of the products we were making, and I borrowed an old camera from another friend. I just loved taking photos. Eventually, I moved to the United States, and I was able to get my entry-level camera and wanted to take it more seriously. From there, I just kept learning and trying new things.

The Phoblographer: Slivers and spots of light often feature in your work. What’s the backstory to this repeating concept?

Santiago Traverso: Well, I don’t do it on purpose. I like to try different stuff. I don’t want to be set in one thing, but I guess I’m just obsessed with that kind of look since I always come back to it.

I also have some other lights like a Bitlighter flashlight – that’s my fake sun when I’m shooting indoors. I mainly use the flashlight to shine light through windows, doors, etc.

The Phoblographer: These portraits are often surreal and dreamlike. Are they inspired by some dreams of yours?

Santiago Traverso: They could be maybe unconsciously inspired by dreams. But usually, I get inspired a lot by movies and music. I love cinema and enjoy learning how movies are made or how they achieve certain shoots. Sometimes I try to apply that to my work. Music also it’s a huge source of inspiration for me when I’m listening to a record. Sometimes, an idea for a photo just pops in my head, and I try to write it down or something.

During shoots, as well as the shoots go, ideas start to show since I’m already in the location. I can see all the angles and lighting conditions. I start building the photos as I go on the shoot. So I feel like inspiration comes from different places. I just try to pay attention to little things.

The Phoblographer: What is the process usually like? Do you see a good spot and then build a portrait around it, or do you visualize something and then look for a prime location?

Santiago Traverso: It’s different every time. Sometimes I see a cool place and just want to see what I can get out of it. Other times I have a specific idea for the place, and also, sometimes the model comes to me with the idea, and we polish it until we get a concept we both like. Often I’m listening to a song or watching a movie, and an idea just appears in my head, and I try to write it down. There’s never one way to make a photo, and I’ll probably find new ways to come up with concepts or ideas.

The Phoblographer: It looks like you enjoy text and pattern overlays. What tools do you use for creating these, and what emotions are you portraying in these kinds of photos?

Santiago Traverso: For that, I use the portable projector I have. I like to call that kind of photo “loud thoughts.” I love the feeling of lonesome in my photos, the longing for something or someone. I like to represent that through a dark cinematic look, and the idea of projecting text was to complement that look. Since I like to get those expressions, I feel like adding those text overlays. It’s like a little extra to add to the photo. Although I don’t like to do it in every single photo, there are times that the model’s expressions and the environment itself are enough to deliver the feeling.

The Phoblographer: They’re colorful, with often two or three (usually complementing) colors in each frame. What thoughts or feelings go into the selection of these colors for an image/location?

Santiago Traverso: Complementing colors – it’s always a good way to get a strong contrast and also create more depth in the photos, specifically when there’s a lack of it. I like using color to create depth, and using complementary colors just helps me with that. But it’s not the only color theory I like to use. I feel like I do it subconsciously when I’m editing the idea. It’s just to enhance what’s already in the photo.

I mainly shoot at night or in low light conditions, so fast lenses help to get the most out of my camera dynamic range

The Phoblographer: I get Blade Runner vibes from some of these, but there are also more inspirations. Who are some photographers/colorists that inspire you?

Santiago Traverso: Yeah, I love that movie. Well, cinema is a big part of my inspiration. Some of my favorite movies are Fallen Angels, Ger, Honey Boy, Chunking Express, One Day, Lost In Translation, and many more. Being a film director – it’s still a dream of mine to make a movie. And some photographers I like are Polina Washington, Andre Josselin, Oliver Tackac, Todd Hiddo, Fan Ho, Saul Leiter, etc.

The Phoblographer: It’s almost always a solitary subject in an escapist mood, often in a closed space. Do portraits with more than one subject not turn out quite as good in this style?

Santiago Traverso: I use photography to express myself. I’m not a super outgoing person; I’m in my head a lot. Most of the time just prefer being alone to being with random people. I better like to have very few meaningful relationships. So I guess that’s why I’m drawn to those feelings in my work.

There’s something about just being alone in your room thinking. It’s when you are the most vulnerable and intimate. It’s just such raw and pure emotion, and when I get to capture those emotions in the camera, it’s the best. It’s almost like a contradiction that I’m happy making sad stuff. I don’t know. I just like always be true to myself in my work, and I feel like portraying those emotions. It’s where I am right now.

The Phoblographer: Are there any ideas you have that are still unexplored due to technical (or other) limitations? Tell us what some of those are please.

Santiago Traverso: Money It’s probably the biggest limitation, but I’ve always found a way to work around it. One of my ideas is to make a lost-in-space type of shoot. Sort of inspired by the movie 2001 A Space Odyssey or Interstellar. Also, the idea came to me while listening to the ‘A Moment Apart’ album by ODESZA. I would love to have a spaceship set design to play with, an astronaut suit, and just come up with crazy compositions and visuals. But to be honest, part of the fun or the feeling of fulfillment comes from the problem-solving you have to do, to get the photo you want. Getting a weird prop or waking at 3am to catch the sunrise, so there’s no one in that location, comes with weird solutions. It’s just what makes this fun and interesting. The best feeling is when you have a crazy idea, and you make it true with only your creativity.

All images by Santiago Traverso. Used with permission. Take a look at his Instagram, Twitter, and VSCO pages to see more of his work.

Want to be featured? Click here to see how