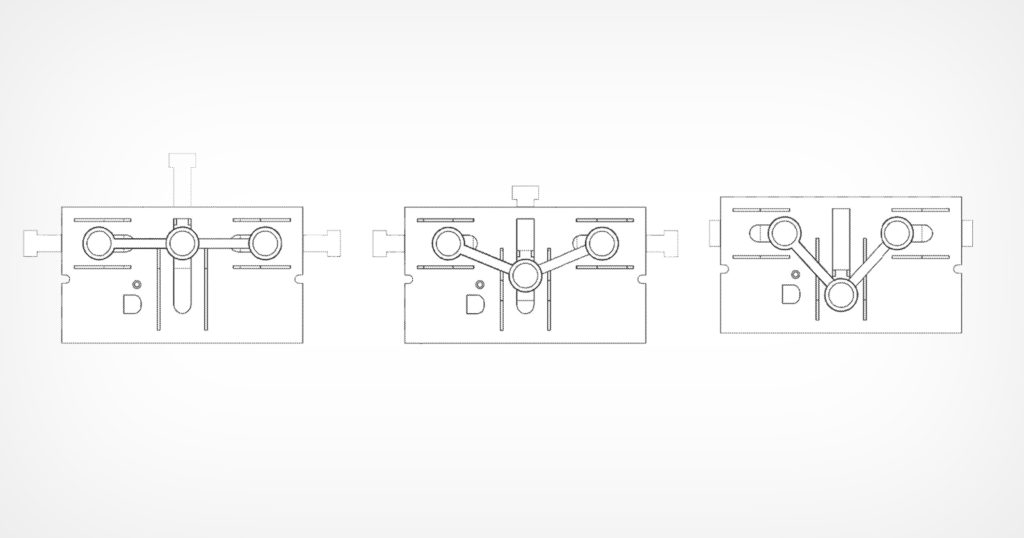 Samsung has been granted a patent for what it is described as a camera with a moveable construction. The three cameras in the array are arranged in a T-shape and a motorized gear moves them in a sliding motion, which changes their aperture in the process.

Unearthed and illustrated by LetsGoDigital, the company describes a system that places a main wide-angle lens in the center of a “T” shape, with the ultra-wide and telephoto lenses on the left and the right of the main camera. In their default setting, the cameras are placed in a line next to each other, but depending on the desire of the photographer, the center lens can move downwards (initiated by the smartphone camera app interface) which then slides the two other lenses inwards which forms a triangle shape.

Theoretically, this design would allow photographers to adjust the aperture as they see fit for a specific scene and do so with a high degree of granularity. It sounds as though the smartphone app will allow the motor that moves the cameras to be adjusted on a slider, so photographers can look at a scene and adjust the amount of defocused background blur in real-time while looking at the results.

Variable aperture in smartphones is rare, but not unprecedented. As LetsGoDigital explains, Samsung actually has implemented it before in the Galaxy S9 and Galaxy S10 smartphones, but in those two cases, only the wide-angle camera could adjust its aperture. This design would allow the aperture of all three cameras to be changed.

A possible downside of this design is, as is the case with many of the unusual patents that smartphone companies are granted, durability. As seen in the schematics above, the system is driven by a geared motor and a screw, and that single motor controls the movement of the entire array. Should anything happen to that one motor, the entire camera system would be stuck.

Still, it is at least an attempt to bring features found in even small standalone cameras to the smartphone but as always, it’s never clear if Samsung will actually make use of the patent in a consumer product.