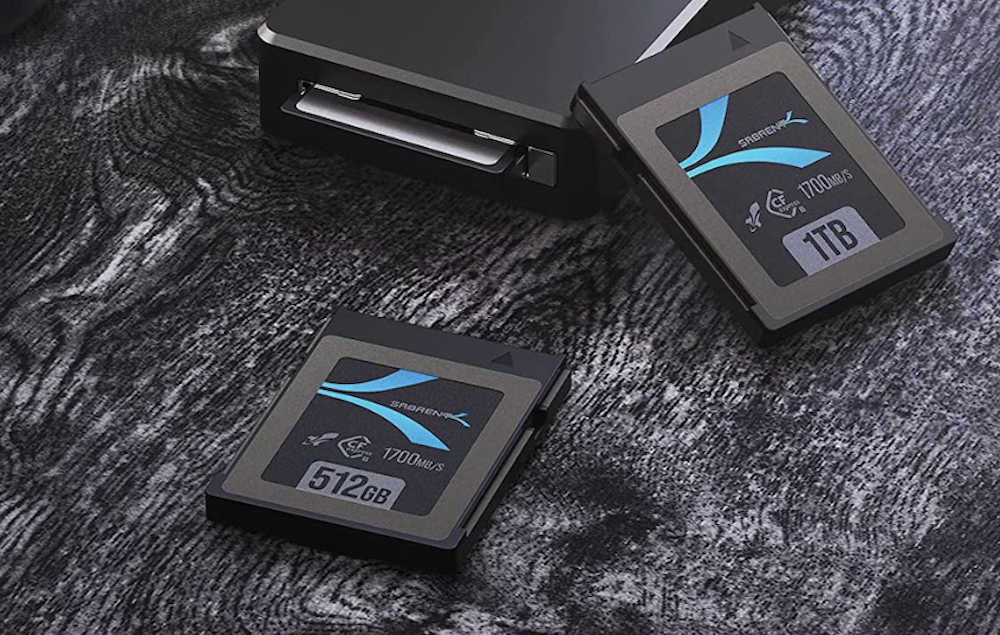 Sabrent has bolstered its memory card range with the launch of its CFexpress Type B cards in two capacities – 512GB and 1TB – with promised maximum read speeds of 1700MB/s and write speeds of 1500MB/s.

News of the CFexpress Type B cards comes under two months after Sabrent launched one of the world’s first ever 512GB V90 SDXC UHS-II cards.

Sabrent claims that the sustained speeds of the new CFexpress Type B cards are 1600MB/s (read) and 400MB/s (write).

That 400MB/s write speed is crucial, especially for video shoots that require uninterrupted writing to a card, as anything slower could result in video clips with dropped frames, duplicate frames or even a failure to record.

The Compact Flash Association currently only verifies cards to sustain 400 MB/s in order for them to achieve VPG400 certification, however the new Sabrent CFexpress Type B cards haven’t yet been verified or certified for official VPG400 status.

Sabrent hasn’t yet published a full list of compatible cameras but has said the cards have ‘broad’ camera compatibility for both consumer and professional models.

The Sabrent 1TB card costs $489.99 and can be pre-ordered on Amazon

Both capacities are now available to pre-order on Amazon and will be officially released on 19 May 2022.