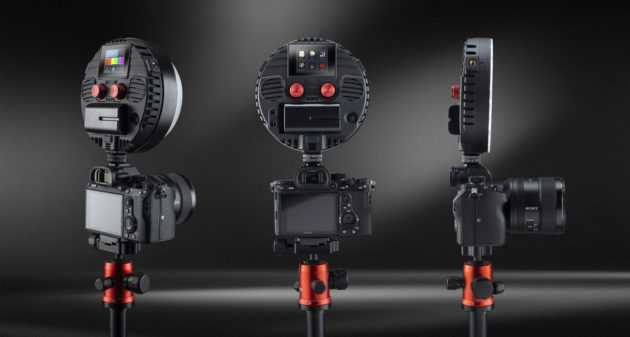 Following the successful launching of the Rotolight NEO 3 and AEOS 2 earlier this year, Rotolight has now announced the NEO 3 and AEOS 2 Pro Edition lights. As per their name, the Pro Editions build on the features of their award-winning predecessors, notably increasing the amount of continuous light output, and including built-in support for Godox, Profoto, Elinchrom, Neewer and Pixapro flash receivers, which is an industry first.

The Rotolight NEO 3 and AEOS 2 Pro Edition lights campaign will run on Indiegogo until November 18. For more information visit www.rotolight.com/timetogopro.

Key Features of the Rotolight NEO 3 and AEOS 2 Pro Editions:

From: Rotolight: London, UK, 11th October 2022: Following the success of launching the Rotolight NEO 3 and AEOS 2: the most successful photography & video LED light ever in Kickstarter history, Rotolight, today announce a brand-new campaign via the pioneering tech innovation platform, Indiegogo, for the NEO 3 and AEOS 2 PRO Edition lights.

Since their launch, British-made NEO 3 and AEOS 2 have received industry-wide praise from the creative community and press outlets alike, and have since gone on to sell tens of thousands of units post-launch.

Featuring numerous new features and additional benefits to enhance the user experience and boost performance, the new PRO editions include:

“As soon as I saw the light they had on my subject and how that colour dropped off on the skin, it was immediately obvious to me it was going to make my life a lot easier. Ultimately it all comes down to quality of light, you have to see it to believe it” Rotolight Master of Light, Jake Hicks.

Rod Aaron Gammons, CEO, Rotolight, said: “We’re delighted to announce Rotolight’s latest campaign and the launch of the NEO 3 and AEOS 2 PRO Editions, which utilise state-of-the-art technology to provide the ultimate lighting tools for photographers and filmmakers around the world. Our engineering teams have been hard at work to deliver the latest features and enhancements, and we’re really excited to see what our customers create with these new lights”

Rotolight has chosen to launch the new PRO Edition lights via Indiegogo, due to its excellent reputation in bringing tech solutions to market and in order to provide exclusive early access and exclusive discounts to the Rotolight user community. Backers will have the ability to order their PRO Edition lights in a variety of options, including multi-light kits and accessory bundles, as well as becoming the first in the world to get their hands on them.

“The new NEO 3 and AEOS 2 pro editions lights are powerful, versatile, and will help take your photography or filmmaking to the next level. The ability to recall my favourite presets at a moment’s notice will save a lot of time on set. I’m also excited to be able to share with the Rotolight community my favourite gels and colours that I use on my professional commercial shoots for leading brands around the world. If you already like the NEO 3 and AEOS 2, you are absolutely going to love these.” Commercial photographer Sam Nash.