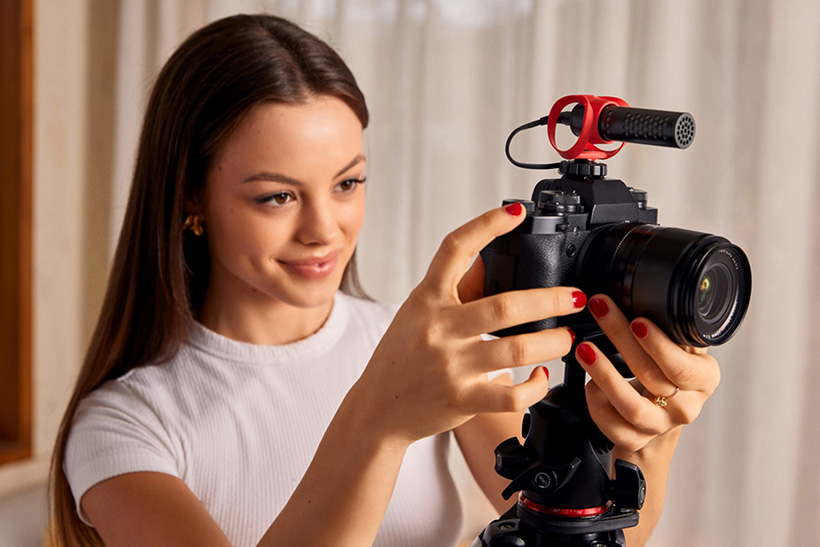 Rode released the VideoMicro II, which according to the company is the first microphone in the world to provide professional sound quality from such a compact unit.

The VideoMicro II can be connected directly to a camera, or a smartphone. It features a supercardioid polar pattern to make its audio capture highly directional and to reduce background noise. Its body has been redesigned using Rode’s annular line tube technology for better transparency and natural, full-bodied sound. The circuitry has also been reworked to make it more sensitive and have lower self-noise.

The VideoMicro II is shipping worldwide now and is available for £83/$79. For more information, visit the RØDE website.

Key features of the VideoMicro II

RØDE has released a next-generation update to the best-selling VideoMicro on-camera shotgun microphone. As the first microphone in the world to bring professional sound quality to such a compact form factor, the VideoMicro is iconic and has become a classic amongst everyone from amateur content creators to professional filmmakers. The VideoMicro II takes everything that made the original such a success and introduces several new features for enhanced performance, redefining the gold standard for ultra-compact on-camera audio.

“The VideoMicro was groundbreaking when it was released almost a decade ago,” said RØDE CEO Damien Wilson. “Never before had creators been able to record crystal-clear audio with a microphone as compact, lightweight and easy to use. It has since become the world’s best-selling on-camera mic and has spawned many imitators, though none have replicated the professional performance of the original. Over the past ten years, we have continued to innovate across our entire VideoMic range, and we are excited to now update the VideoMicro with next-generation features for today’s creators.”

PRO AUDIO, SIMPLE AS PLUG IN AND GO

The VideoMicro II makes recording professional audio directly to a camera or smartphone incredibly simple. It is a true shotgun condenser microphone, with a supercardioid polar pattern for highly directional audio capture that focuses on what it is pointed at while reducing background noise. The body has been completely redesigned, utilising RØDE’s revolutionary annular line tube technology for unmatched transparency and natural, full-bodied sound. The circuitry has also been overhauled, offering enhanced sensitivity and lower self-noise. The VideoMicro II delivers incredible sound quality never heard before in such a compact form factor, but it is just as simple to use as the original. With no batteries required to operate and no complicated controls, it is the perfect microphone for creators who want to instantly elevate the audio quality of their camera or smartphone with no fuss.

One of the most striking new features of the VideoMicro II is the sleek red suspension mount. This is the HELIX™ isolation mount, a highly innovative shock mount system developed in-house at RØDE specifically for the VideoMicro II. Featuring a groundbreaking design expertly crafted to the exact specifications of the microphone, it solves many of the issues that other shock mounts face when used with compact, lightweight microphones. Moulded from a single piece of advanced Hytrel® thermoplastic, it fully isolates the capsule from vibrations that occur from knocks, bumps and general handling, which can result in rumbles and other audio artefacts in a recording. It is designed to the exact size and weight of the microphone, ensuring optimal stabilisation and acoustic performance, while being super low-profile. It also features handy cable management slots and a standard mount for attaching to a camera cold shoe, plus a 3/8-inch thread for mounting onto a boompole and other accessories. The VideoMicro II also comes with deluxe foam and furry windshields for protection from wind noise, making it suitable for recording in a wide range of environments, indoors or in the elements. Also included is a 3.5mm TRS to TRS cable for connecting to cameras and a 3.5mm TRS to TRRS cable for connecting to smartphones.

At just 39g, the VideoMicro II is incredibly compact and lightweight, making it ideal for use with DSLR and mirrorless cameras, compact and action cameras, and smartphones. It is super portable, taking up minimal space in a creator kit, camera bag, or simply a backpack or handbag. It is also incredibly tough, designed and made in RØDE’s state-of-the-art manufacturing facilities in Sydney, Australia using premium components, including a rugged, all-metal body and broadcast-grade capsule.

How to make a great video recording with your camera

Best cameras for vlogging and how to get started