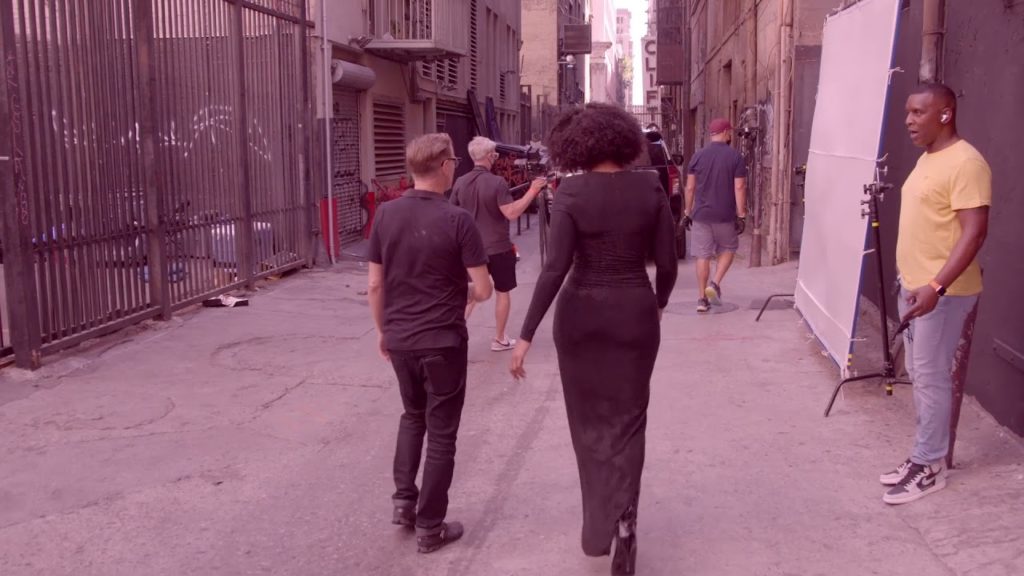 Bryan Adams — a musician perhaps best known for his hit “(Everything I Do) I Do It for You” — has been tapped to photograph the 2022 Pirelli calendar. The singer-turned-photographer is currently shooting the likes of Iggy Pop, Jennifer Hudson, and Grimes.

While Adams was announced as the photographer for the calendar back in June, a detailed story from CNN pulls back the curtain on what to expect from the upcoming high-profile calendar. Pirelli’s 2022 calendar will be themed “On the Road” and will see Adams reimagining backstage moments with a cast of musicians. The Canadian-born musician has been working as a professional photographer for over a decade and will join a list of iconic names like Annie Leibovitz and Peter Lindbergh as those who have photographed for the calendar.

The photos, of which many behind-the-scenes images can be seen in the CNN story, supposedly draw on Adams’ forty years of touring and will tell the story of how musicians get the initial spark of creativity for a song through the performances at a show. While he will act as creative director, Adams says he will draw heavily on the experiences of those in front of the lens.

“You know, I can only do so much as a photographer,” he explains to CNN. “I can only set the scenario, and after then it’s up to the subject to make it work. And I will say that the more people give, then the better the photographs.”

As noted by Fujirumors, some of the images seen in CNN’s story show Adams holding a Fujifilm GFX100S.

The Pirelli calendar has historically been known for its sensual images of women, it has attempted to reinvent itself in response to the #MeToo era. The aforementioned Leibovitz was a major player in that move back in 2015 as instead of shooting scantily clad (or unclad) models and celebrities, Leibovitz decided to feature portraits of notable women professionals, such as those who have made a mark in art, entertainment, business, philanthropy, and more.

Adams will continue in that new tradition as his calendar will include several men. Adams is not the first to include men (CNN notes that the late Karl Langerfeld cast Baptise Giaocomini to play the Greek god Apollo in 211), Adams told the news agency that he would be remiss to not include some men “in an equal opportunity way.” One image that will be revealed when the images are published later this year features Iggy Pop covered in silver paint in a recreation of his after-show celebrations.