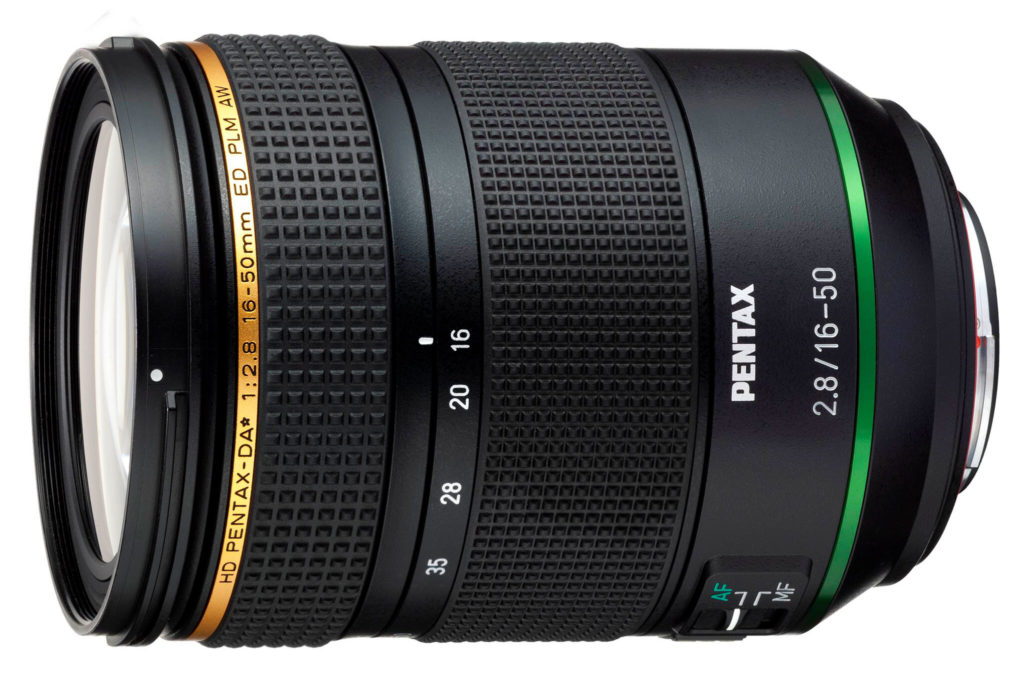 Ricoh Imaging has released a premium large aperture standard zoom for APS-C DSLRs, that’s designed to complement its recent K-3 Mark III. The HD Pentax-DA★16-50mm F2.8ED PLM AW isn’t simply a refresh of the firm’s existing 16-50mm f/2.8 from 2007, but instead is built around a new 16-element, 10-group optical formula. It also gains a built-in electromagnetic aperture control that claims to provide more precise exposure, but limits its compatibility to use on more recent cameras launched since mid-2013.

Ricoh says that the lens has been designed with future high-resolution image sensors in mind, with considerably improved optics compared to its predecessor. Autofocus is driven by a pulse motor and promises improved speed thanks to the use of a lightweight focus group. The minimum focus distance is 30cm, and the lens accepts 77m filters. This is however a sizeable optic, at 117mm in length, 84mm in diameter and 712g. It’s very pricey too, being available to pre-order now for £1499.