Rare photograph announced as Astronomy Photographer of the Year 2022 winner 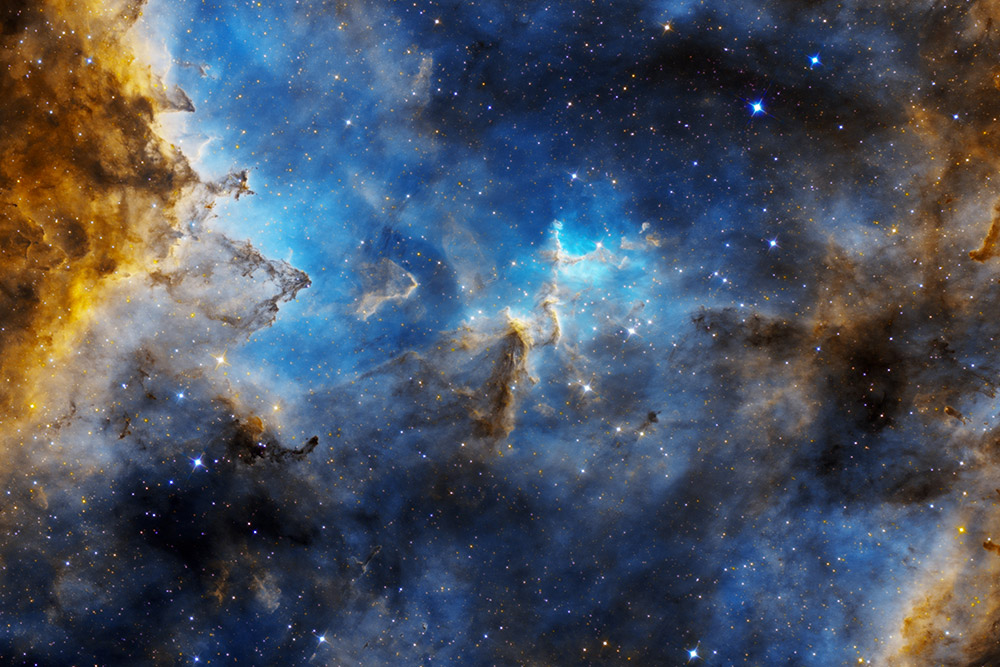 The overall winner of the Royal Observatory Greenwich’s Astronomy Photographer of the Year 14 is Gerald Rhemann for Disconnection Event (below), a rare photograph of a piece of Comet Leonard’s gas tail being disconnected and carried away by the solar wind. The image will be on display alongside the winners of the other categories in the accompanying exhibition, opening at the National Maritime Museum on Saturday 17 September 2022.

Rhemann’s astonishing image of Comet Leonard, a long period comet first identified in January 2021, was captured by the Austrian photographer in Namibia on Christmas Day. Comet Leonard was the brightest comet of the year in 2021 but won’t be seen from Earth again. This remarkable photograph astounded the judges, who voted unanimously to award Rhemann the title Astronomy Photographer of the Year.

Gerald Rhemann said, ‘This award is one of the highlights of my astrophotography work. All the effort that went into making this image a success was worth it.’

Melissa Brobby, judge and Social Media Officer for the Institute of Physics said ‘when I first saw this image of Comet Leonard, I was blown away. This picture of a recent visitor to our Solar System has been captured so beautifully. The stars in the background give the comet’s tail a magical appearance. I could stare at this image all day.’

Young Astronomy Photographer of the Year 2022

The Young Astronomy Photographer of the Year award was won by two fourteen-year-old boys from China. Yang Hanwen and Zhou Zezhen collaborated to capture Andromeda Galaxy: The Neighbour, a spellbinding photograph of one of the Milky Way’s closest and largest neighbours. As well as revealing the vibrant colours of a nearby galaxy, stars pierce through the darkness and emphasise the awe and wonder of this breath-taking sight.

Yang Hanwen said, ‘I think this photo shows how gorgeous our nearest neighbour is.’ Zhou Zezhen said, ‘I feel honoured and thank the judges.’ He added, ‘One of the main functions of astrophotography is to attract more people to fall in love with astronomy by showing the beauty of the Universe.’

László Francsics, judge and Chairman of the Hungarian Astrophotographers’ Association said, ‘It is a superb capture by young astrophotographers, who also demonstrate their exceptional talent in processing a deep-sky photo.’

The other winning images include In the Embrace of a Green Lady by Slovakian photographer Filip Hrebenda, which shows the Northern Lights reflected on a freezing Icelandic lake; Shadow Profile of Plato’s East Rim by British photographer Martin Lewis, one of the sharpest images of the giant lunar crater, Plato; A Year in the Sun by Indian photographer Soumyadeep Mukherjee, which traces sunspots gradually drifting over the course of a year; and The Eye of God by Chinese photographer Weitang Liang, an ethereal image of the Helix Nebula, which resembles a gazing eye looking back at us on Earth.

Another of the judges’ favourite images was The International Space Station Transiting Tranquility Base by American photographer Andrew McCarthy, which won the People & Space category. It features the ISS positioned directly over the Sea of Tranquility, the landing site for the first manned landing on the Moon in 1969.

Judge Imad Ahmed, Director of the New Crescent Society, described the image as ‘one of my favourite pictures in this year’s competition. The ancient rocky expanse of the Moon serves as the perfect background for the inquisitive ISS. To me, this not only captures our human fascination with the Moon, but perhaps hints at a future, where touching down on its surface may finally, one day, be an opportunity open to all of us.’

Steve Marsh, judge and Art Editor for BBC Sky at Night Magazine, said, ‘The world’s best astrophotographers have turned out to showcase their talent and innovation. Fourteen years of the competition have shown that astronomy is timeless and can withstand anything. This year has showcased some almost ‘space telescope’ quality imaging, with entrants pouncing on celestial events as they happen, finding new ways to bring us well documented objects and showing acute knowledge of their craft. As ever, it has been both humbling and a pleasure to judge these incredible images.’

Ed Bloomer, astronomer at Royal Observatory Greenwich said, ‘Once again, we’ve had a great year for astrophotography, and the entrants have produced amazing images for the competition. The standard is incredibly high. It was really satisfying to see how many entrants challenged themselves to capture unusual, rarely imaged or transient events: there are some things you won’t have seen before, and even some things that won’t be seen again.’

Hannah Lyons, Assistant Curator of Art at Royal Museums Greenwich said, ‘I was stunned by the quality of entrants for this year’s Astronomy Photographer of the Year competition. Choosing the shortlist was a marathon task, but I feel confident that the Judging Panel have selected some beautiful and technically sophisticated images that will entrance and inspire.’

The Astronomy Photographer of the Year competition is run by the Royal Observatory Greenwich, supported by Liberty Specialty Markets and in association with BBC Sky at Night Magazine. In 2022, the competition received over three thousand entries from sixty-seven countries around the world.

The overall winner will receive £10,000. The winners of all the other categories and the Young Astronomy Photographer of the Year will receive £1,500. There are also prizes for runners-up (£500) and highly commended (£250) entries. The Special Prize winners will receive £750. All the winning entrants will receive a one-year subscription to BBC Sky at Night Magazine.

The Royal Observatory Greenwich, in partnership with Collins, will be publishing Astronomy Photographer of the Year, Collection 11 on 29 September 2022 It is the official publication for the Astronomy Photography of the Year competition and will showcase breathtaking images of space and the night sky from the 2022 competition shortlist. Photographs will be accompanied by full details including each photographer’s information, location where photographs were taken and technical specifications.

Astronomy Photographer of the Year 14 exhibition

The winning photographs will be exhibited in the National Maritime Museum, alongside a selection of shortlisted images. The exhibition will open on 17th September 2022. General admission will be £10.