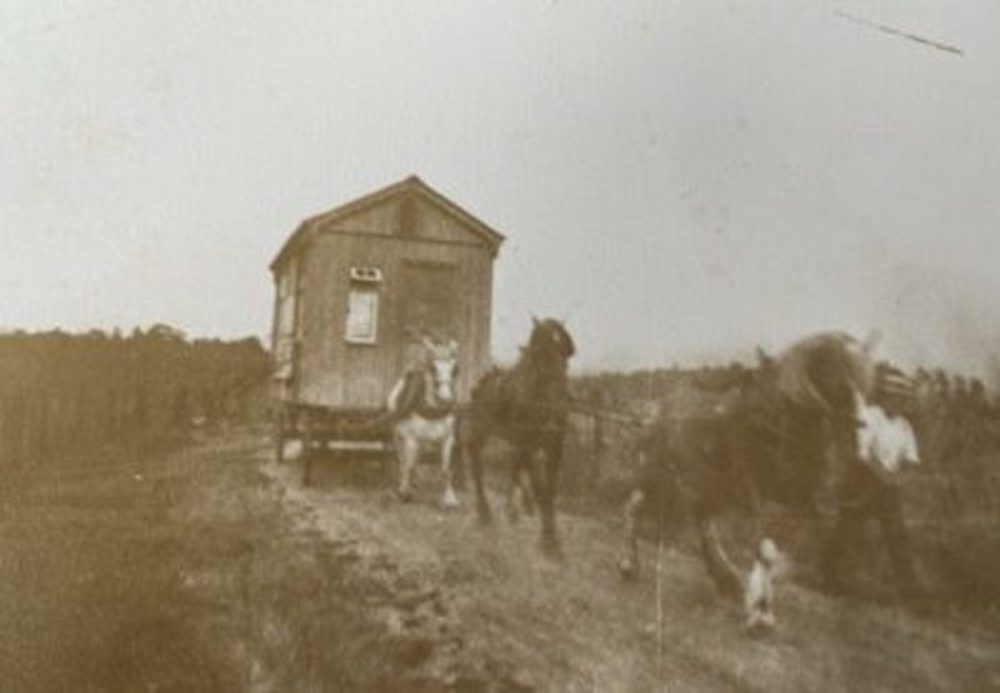 A rare, possibly unique, 19th century British travelling photography studio, used by photographers John and Walter Pouncy of Dorchester from the 1860s onwards, is to be offered at auction on 5 August 2022.

The studio is believed to be the only British example in existence and has a pre-sale estimate of £8,000-£12,000 from Charterhouse Auctioneers.

The studio was made for the Pouncy firm and travelled throughout the county of Dorset, England.

Pulled by horses it offered a studio with a glass roof, a small waiting area, entry and exit doors, steps, a darkroom for changing and processing plates and sprung wheels.

After it was sold by the Pouncy firm it was remained in use by a succession of photographers and was located in Swanage for many years.

Auctioneer Richard Bromell said, ‘This is a fantastic opportunity for someone to acquire what we understand to be a unique piece of Victorian photography history which would make a stunning studio or office.’

The current owner, also a photographer, purchased the studio and hoped to find a permanent home for it, while allowing it to travel and retaining its original and to continue to function as a studio.

It is complete but needs some restoration and conservation work.

The studio is well documented with the original plans surviving.

Part of the darkroom of the rare travelling photo studio. © Michael Pritchard

John Pouncy is best known for his work uniting lithography with photography met which culminated in his publication in Dorsetshire Photographically Illustrated (1857) – the first English publication ever to feature photo lithographic illustrations.

The director of programmes at the Royal Photographic Society, Michael Pritchard, explained, ‘I had the privilege of seeing the studio in the summer of 2021 and meeting its current owner. It is a remarkable survival. Entering felt like stepping back 130 years. Although the current owner’s hope of restoring and retaining it as a travelling studio were not able to be realised, it has been lovingly looked after. It deserves a new home where it can be preserved and shown, ideally in Dorset, and be used as a studio, telling its remarkable story and that of the Pouncy business and 19th century photography.’

You can watch a short film about the travelling studio below…

The auction is being held at Charterhouse, The Long Street Salerooms, Sherborne, Dorset.

The studio remains onsite at Wareham, Dorset, from where it will need to be collected.

Pending the publication of the auction catalogue, museums and prospective buyers should contact Charterhouse Auctioneers at The Long Street Salerooms, Sherborne, Dorset.

To find out more about the lot go to Charterhouse Antiques.

The travelling Pouncy studio with its name proudly displayed on its roof. Courtesy: Charterhouse Auctioneers

You can discover more about the Pouncy photography business at The Pouncy Family: painters & photographers.