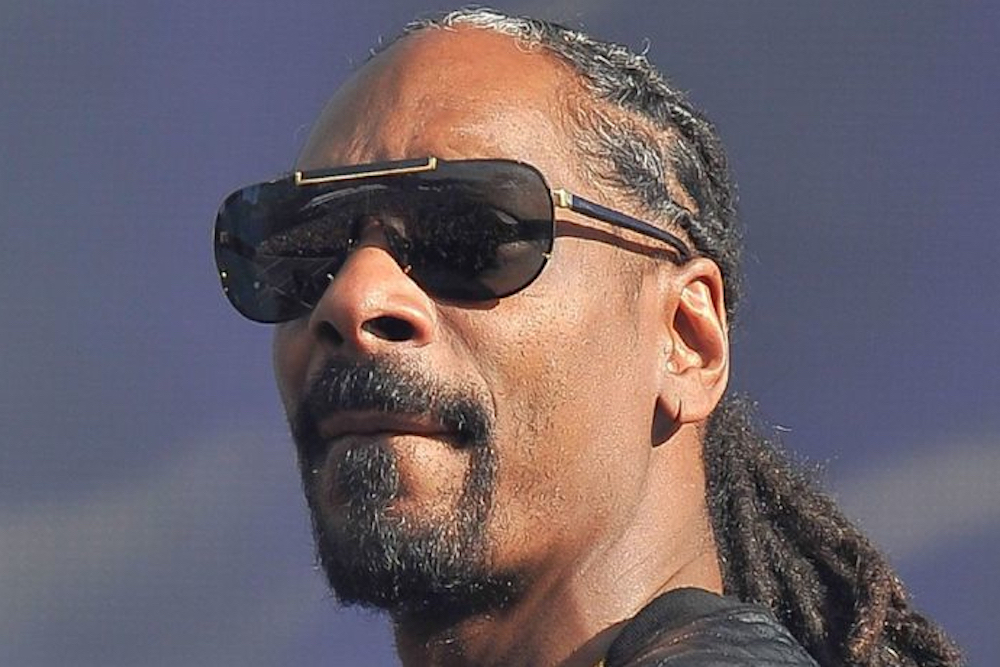 Rap superstar Snoop Dogg (pictured above) has blasted photographer Al Pereira for filing a federal lawsuit against fellow rapper Nas, over using a 1993 photograph without permission. Warning: this page is likely to be unsuitable for viewing at work.

Pereira, a well-known hip-hop and rap photographer, is suing Nas for sharing the artwork to Instagram, claiming infringement of copyright without permission.

According to the website Radaronline the lawsuit was filed in the Central District of California on 2 February 2022.

Pereira republished the photo in 2017 and registered it for a copyright.

The photographer, best known for photographing hip-hop stars in the 1990s, claims he noticed Nas posted his photo on Instagram in 2020 without permission or licensing the work.

Pereira says after Nas used the photo for free it caused the value of the image to decrease.

Pereira is suing for unspecified damages plus an injunction against Nas from using his work.

However, according to Petapixel Snoop Dogg (Calvin Broadus) is claiming that photographers shouldn’t own the pictures they’ve shot of celebrities.

Snoop Dogg has specifically claimed that Nas shouldn’t be sued over a picture he is in.

He also raised the issue of people using his likeness to make money.

Warning: The quote below contains extreme language, which some people may find offensive.

Snoop Dogg, in an Instagram video posted to WorldStar Hip Hop, said, ‘How is a motherf**ker suing Nas for a picture that he in? You photographers done lost your motherf**king rabbit-ass minds, motherf**ker. When you take a picture of a n*****, that picture ain’t yours – that’s a mere likeness situation. You’re borrowing my likeness. How you gon’ sue Nas for a picture that he in? We need some new laws to help us as artists, man, because there’s a bunch of motherf**kers selling pictures with my face on it and I don’t get sh*t. Cause they took the picture. Can anybody help me with that? Just a basic question.’

Photo copyright in the US

To answer Snoop Dogg’s ‘basic question’… unless agreed otherwise (for example, by the terms and conditions of a specific commission to photograph a celebrity), the copyright of a photograph belongs to the photographer who captured it.

As far as likeness rights go, when someone is in a public space, no permissions or likeness agreements are required by law.

According to the Professional Photographers of America’s website an addendum to the copyright law was added in 1988 that further protects photographers from having their works stolen.

The person who takes the photo (in this case, Al Pereira) owns the rights to it. That means that only he can do what he wants with it, including posting it to social media.

If the subject/s of the photo posts it, he or she can be subjected to a lawsuit, which is why Pereira has recently filed the lawsuit against Nas.

In a 2018 interview with the website BuzzFeed the entertainment lawyer Bryan Sullivan explained, ‘The photographer owns the copyright to the photograph; it doesn’t matter who is in it. The subject of the photo doesn’t have any rights to the picture as long as it was taken in a public place.’

Sullivan claimed that each photo used without proper permission or compensation can result in a penalty worth hundreds of thousands of dollars – typically around $150,000.

Photographers can also sue for loss of profit and legal fees, which can bringing the lawsuit liability into the millions of dollars.

In January 2021 the UK government updated its Copyright Notice with regards to ‘Digital images, photographs and the internet’, in order to clarify ownership of photographic images in the digital age.

The lawsuit against the rapper Nas isn’t the first Al Pereira has filed with regards to his work.

In 2017, he sued reality TV stars Kylie and Kendal Jenner (stars of the TV show Keeping Up With The Kardashians) for unlawful use of photographs he took of rappers 2Pac and The Notorious B.I.G.

The Jenners attempted to use the photos on T-shirts as part of a clothing line.

Street photography and the law (2022 update)