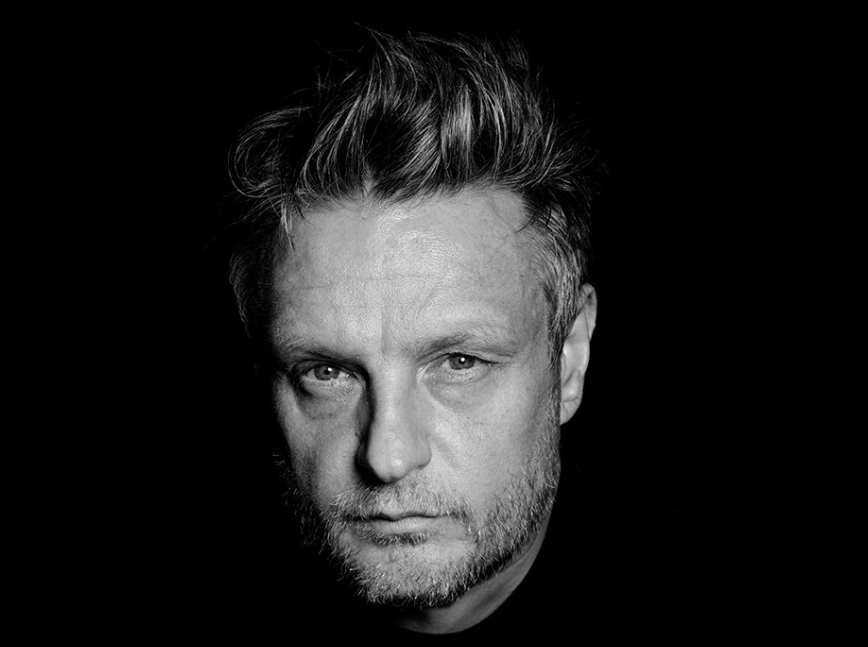 Photographer Rankin (pictured above) has curated a new pop-up exhibition of unique toilet seats, created by a mixture of artists, fashion designers and celebrities, which will be on show at a free-to-enter exhibition at London Southbank’s Oxo Gallery from 4–6 February 2022 to highlight the inaccessibility of toilets to 1.7 billion people around the world.

The ‘Best Seat in the House for WaterAid’ exhibition is part of a collaborative project between WaterAid and the 25 people who have designed toilets include photographer Martin Parr,  TV presenter and comedian Harry Hill, designer Pam Hogg, designer Ozwald Boateng, DJ and singer Boy George and fashion legend Dame Zandra Rhodes.

The artworks – which include a golden throne, punk art, seats decorated in beautiful fabric and a lucky toilet seat – will be displayed as museum pieces. One in five people globally have no decent toilet at home, compromising their safety, dignity, and health, with 800 children dying every day from diarrhoeal diseases caused by dirty water and poor sanitation. A third of schools lack these vital facilities, so millions of girls stay at home during their period, holding them back from fulfilling their potential.

Rankin explained, ‘It’s easy for us to take toilets for granted; we just assume everyone has one. But one in five people don’t have this basic human right – that’s an extraordinary figure. When travelling with work, I’ve seen first-hand how difficult it is for people to live without a toilet, and the impact it has on their health, education, dignity and safety. The toilet really is the ‘Best Seat in the House’, and that’s what we want to show through this campaign. Toilets can make us feel a little uncomfortable. Using the toilet seat as a canvas is an accessible and engaging way to put the spotlight on toilets and get people talking about them. The designs are fun but carry an important message – that everyone everywhere needs a decent toilet. And by supporting WaterAid, we can help get toilets into schools around the world so children can build a better future.’

Photographer Martin Parr (above) has designed one of the toilets in the pop-up exhibition. Martin Parr Collection. UNITED ARAB EMIRATES. Dubai. Autoportrait. 2007.

As part of WaterAid’s Thirst for Knowledge appeal this winter, the international charity is helping get toilets and clean water to communities in Nepal and many more around the world, helping prevent the spread of deadly diseases, improve education, and transform lives. The UK government will match public donations made by 15 February 2022 up to £2 million, making double the difference in schools and communities in Nepal, enabling girls to thrive.

Fashion and textile designer Dame Zandra Rhodes created an embroidered seat and explained, ‘A working toilet should be a basic human right for everyone, but almost two billion people around the world don’t have access to something so important. I have turned a conventional item into a piece of art. One of my archive prints ‘Chinese Water Circles’ can be seen printed onto silk organza and draped over the seat to emulate water. It has created perfect waves and golden swirls, to highlight that a toilet and access to water is, unfortunately, in some countries, still a luxury.’

Comedian and TV presenter Harry Hill called his the lucky toilet seat, listing things this special seat can protect you from, including ghosts and junk mail. He said, ‘Ah the great British tradition of toilet humour! But toilets, I have discovered, thanks to this collaboration with WaterAid, are a serious business. One in five people around the world does not have a decent toilet at home, which puts their health and safety at risk. That’s where the idea of toilets being lucky items came from, which inspired my toilet seat design. Plus the seat kind of reminded me of a horse shoe. They may not quite be able to ward off devils, ghosts and junk-mail, as I suggest in my design, but if they can protect people from disease and keep kids in school, then they are the “Best Seat in the House” in my book.’

Inside the seat made by singer and DJ Boy George are the words ‘Piss and Love’. He revealed, ‘I feel my art, my inspiration and my reason for doing anything is always about emotion. Even if I’m doing something for a charity, there has to be an element of humour and optimism in the work. My toilet seat is a punk throne of defiance. The bladder is in some quarters considered the fountain of truth. Spiritual types will tell you that if you have issues with your bladder, you’re not speaking the truth. I love this concept. A lot of serious thinking can be done on the throne.’

Tim Wainwright, Chief Executive at WaterAid, said, ‘A lack of toilets traps whole communities in poverty, affecting people’s health, safety and dignity. When there are no toilets in schools, girls often skip class during their period or drop out altogether when they reach puberty, holding them back from fulfilling their potential. This exhibition is sharing the message that toilets save lives and are raising money to help get clean water and toilets to schools and communities around the world. These vital facilities can help quench every girl’s thirst for learning so they can build a better future. We are also delighted that the UK Government is matching public donations this winter, helping make double the difference.’

If you’re unable to get to the pop-up exhibition in central London the you can view the YouTube video of the project (above) and the full ‘Best Seat in the House’ collection can be viewed online (where you can also make donations) at: www.wateraid.org/uk/toilet-art.

WaterAid is working to make clean water, decent toilets and good hygiene normal for everyone, everywhere within a generation. The international not-for-profit organisation works in 28 countries to change the lives of the poorest and most marginalised people. Since 1981, WaterAid has reached 28 million people with clean water and nearly 29 million people with decent toilets.

• 1.7 billion people in the world (more than one in five) do not have a decent toilet of their own.

• Around 290,000 children under five die every year from diarrhoeal diseases caused by poor water and sanitation. That’s more than 800 children a day, or one child every two minutes.

• Every £1 invested in water and toilets returns an average of £4 in increased productivity.

• Just £15 can provide one person with clean water.

“I don’t want to be the Simon Cowell of photography.” Rankin reveals more about new BBC show