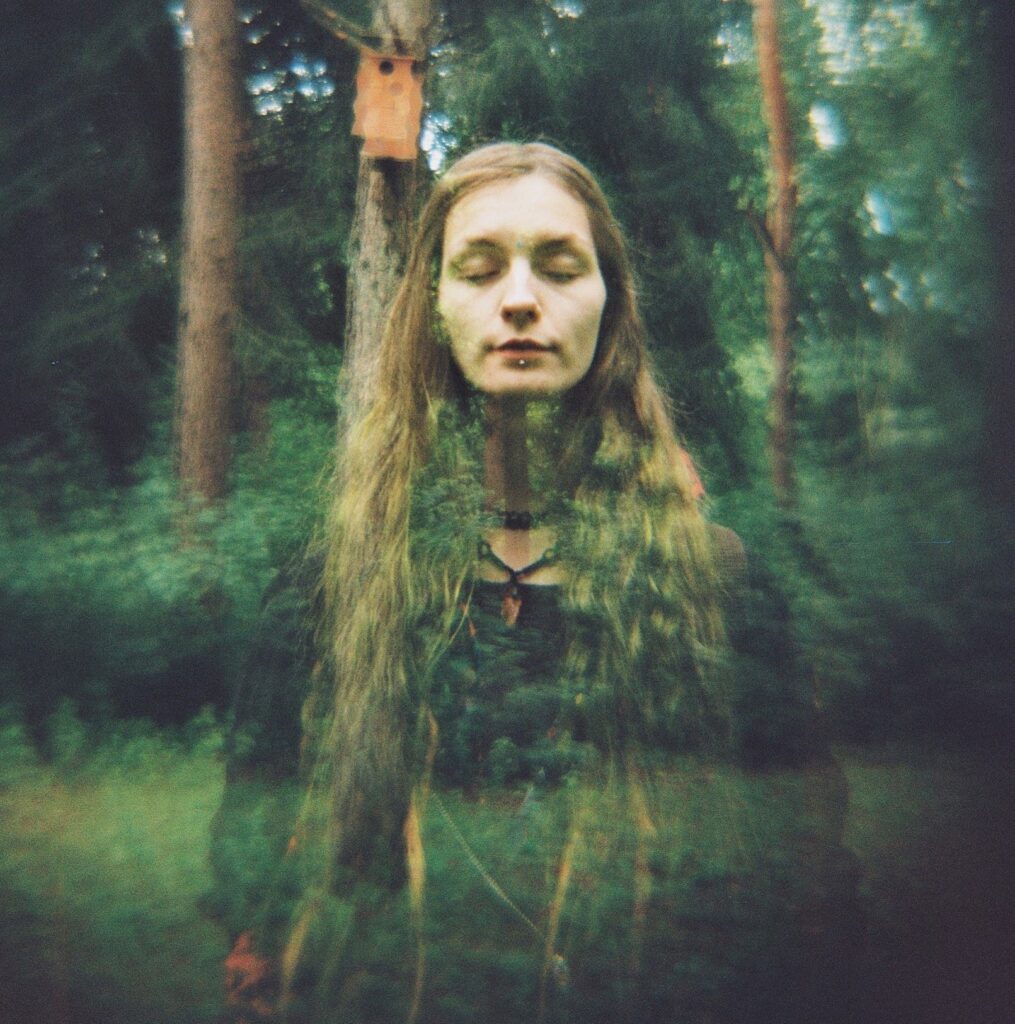 “Lomography fascinates me with its emotional world,” says Lithuania-based photographer Tokia Pėlėda, who goes by the sobriquet Ragaina. She fell in love with the classic Diana F+ camera her father used during her childhood. Putting aside the rules of photography, she prefers to enjoy the process of making images more than anything else.

Editors Note: For the longest time I saw Lomography as a tangible object; a camera or film roll. However, it seems that over the years it’s become a movement and an art form in itself. So when Ragaina describes herself as “doing Lomography,” we’ve made the decision to keep it that way.

Do the rules of photography really matter if you’re having fun while producing good images? Would someone really criticize a beautiful picture if it weren’t framed according to the rule of thirds? When an image evokes emotion, why do some of us worry whether the photographer follows the same rules we do? Ragaina isn’t a rule breaker when it comes to photography, but would rather immerse herself in the process of making an aesthetically pleasing image than be caught up in the technicalities of it. Lomography cameras give her the creative freedom to be herself. And despite the existing unpredictability of double exposure photography, she adds a further degree of complication by often choosing to use expired film.

I carry Diana with me everywhere because it’s extremely lightweight and I don’t need to focus on the lens (my eyesight is pretty bad and I don’t wear glasses, so I’ve always said this camera is just perfect for me). Diana F + helps me to lomographically convey fragments of the city and portraits of friends, to bring more magic into everyday life. And that plastic lens doesn’t bother me at all – it’s what gives me that dreaminess I’m aiming for.

Ragaina: Ragaina, in Lithuanian mythology, means Goddess of the Forest. I feel somehow close to this creature, which is why I chose to use it as a nickname. I was born in Lithuania, and I still live here – I am currently completing my bachelor’s degree in ceramics at the Vilnius Academy of Fine Arts,  so I do not only [use] Lomography but also ceramics and occasional painting – I like to explore and test different areas. The newest area I touched has now become cyanotype – I have tried it not only on paper, but I am also trying to combine it with ceramics and textiles. I am also very pleased that I have learned and tried a technique at the academy that allows me to conjoin ceramics with my lomographic photos, which I think will be my area in the future.

I came to photography through my dad (probably as it usually is ). Once I saw pictures he took with Diana F + and immediately became fascinated with them, I fell in love with that playful, cosy, dreamy aesthetic, so I asked my dad to lend me Diana F +. I’ve never let it out of my hands since then. Although I used to try to get into photography with Canon Ae-1 in my teenage years, but it somehow didn’t attract much interest. So it just happened that I came to photography through Diana F +. Although I don’t really consider myself a serious photographer. I haven’t learned photography anywhere, and I don’t know all the technical or composition rules. So it’s just an activity that makes me happy.

The Phoblographer: A lot of people are doing double exposures these days. What do you do to set your images apart from everyone else’s?

Ragaina: Somehow, I’m not really focused on how my photos could stand out from others. I think it would spoil all the naturalness and enjoyment of the process, so I just create what I like. Although it might be possible to say that these photos stand out by their vivid colors, the brightness that occurs precisely with the help of specific films, and not, for example, by using Photoshop. So it’s sometimes fun when people ask what computer program I use to modify photos because I don’t actually really know how to use Photoshop at all.

The Phoblographer: When you go through a harrowing emotion or experience, do you note it down in order to later convert it into an artistic double exposure, or do you head out soon after to record these feelings?

Ragaina: If there’s some kind of creepy event or emotional state, I almost never try to portray it in photos – I want to depict what’s warm, playful, bright in them. Although a few perhaps more gloomy, darker pictures could be seen, but these arise more from a witchy state than from unpleasant experiences.

The Phoblographer: Planned or unplanned – which of these categories do most of your double exposures fall under and why?

Ragaina: I always plan pictures, but I don’t know why. Although once I wanted to shoot the whole film randomly, as stated in one of the ten rules of Lomography, but then I thought that It would be a pity to kind of waste the whole film because they’re really expensive nowadays. I guess I just want to make much more out of film.

The Phoblographer: Do you expose each shot twice in one go, or do you expose an entire roll first and then shoot it all over again? What sort of exposure calculations do you do?

Ragaina: I expose a frame twice almost immediately. And [the] Diana F + itself has only three primitive aperture settings:  the sun, the sun and the cloud, and a cloud. But while these settings are very primitive, that’s why it’s fun for me to experiment with Diana and create something magical using that primitiveness.

The Phoblographer: Lomography is something you practise often. What’s the connection, if any, between this medium and your feelings?

Ragaina: Lomography is exactly what led me to photography in general. In the past, photography didn’t attract me, but when I took Diana F + in my hands, then I started using Canon ae-1 little by little, and even later, I started experimenting with pinholes, soaking film in various liquids, playing with cyanotype. Now photography has become a necessary thing in my life. So, it was Diana F+ and Lomography that brought me into this huge web, and I am grateful for this experience (only my wallet does not thank me). Lomography fascinates me with its emotional world, playfulness, imperfect perfection, the pursuit of freedom, which is what I need in everyday life – to start looking at everything a little more freely, to relax more. And sometimes I notice that I look at Diana F + not only as a plastic toy but more like a teacher because it teaches not to get attached to the results, not to take everything too seriously, and to accept every picture as it is – whether it is planned or not. So I think that my connection to Lomography is really strong.

The Phoblographer: I see a lot of street shots with one exposure flipped horizontally over the other. What do these signify?

Ragaina: I don’t really have any specific thoughts when I take such pictures. It’s just fun to create something we don’t usually see and experiment by changing the existing space.

The Phoblographer: Given the infinitely possible combinations for producing double exposures, I’d find it hard to put down my camera. But what factors do you take into consideration to determine which ones are keepers and which double exposures aren’t worth showing?

Ragaina: I always share a photo if it performs as I expected. But since various lomographic surprises often occur, I have to push away my attachment to the result and try to adopt a new version of the photo. A possibility to clearly see the merging of several realities is the main important thing to me that should be seen in a photo.

The Phoblographer: Have you given thought to doing more than two exposures per frame? Or is this something better attempted on a digital medium?

Ragaina: Of course, although I mainly take photos using double exposure, sometimes I experiment with multiple exposures as well. The most shots I’ve taken in one picture are five. But still, I choose to do double exposure more often because although Diana F + is a very simple camera, it’s much harder to predict the result, than for example, with Canon ae-1 and  I often fail to extract what I wanted, so double exposure gives me more ‘safety’ than doing multiple exposures. I know it’s always a lot easier to do everything with digital media, but for me personally, the magic of the analog world and its unpredictability are closer and livelier.

All images by Ragaina. Used with permission. Please visit her Instagram page to see more of her work.