Question: Is There Such a Thing as a Professional Street Photographer? 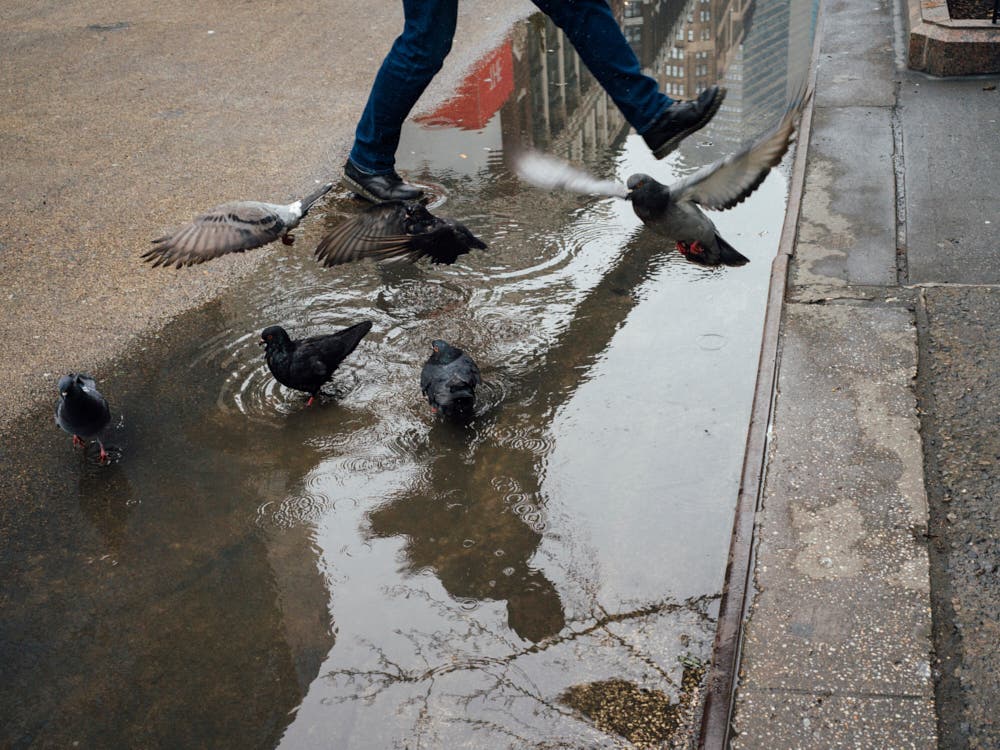 My Issue with the Term Professional Street Photographer

Let me preface the rest of the article by saying, I sincerely want street photography to be a viable professional option for those who wish to pursue it. But the reality is, it’s one of the most difficult genres of photography to make money in.

It has nothing to do with talent, either. Some of the most skilled street photographers struggle to make any money from it. For them, it’s something they do on the side, either funded by a more lucrative genre of photography or a different job altogether. Sure, they may make a buck here or there from street photography, but nothing that’s going to keep the lights on.

Speaking with a Professional Street Photographer

To take my bias out of it, I reached out to a long-time friend of the site. For anyone involved in street photography, Jonathan Higbee needs no introduction. But for everyone else reading, Higbee has garnered great success in the street photography world. He has been seen on the likes of NBC News, and his images are featured in publications such as Vice, Daily Mail, and Buzzfeed. He also has a body of work that’s so good, it kind of makes you hate him a little. (Jokes, Jonathan – you know we love you here).

I asked Higbee, “Is there such a thing as a professional street photographer, and if so, what is one exactly?” Here’s what he had to say:

“Yep, the legends and myths are true: professional street photographers really do exist. I know that comes across as snide, but it’s sincere; before I became a professional street photographer, I didn’t quite believe in them either. Photography alone is a challenging industry to earn a living in. And its niche subgenre of street photography is even more difficult. But where there’s a will, there’s a way. And for me, at least, the nascent rise of social media coincided with my attempt to get my career liftoff, which in hindsight was the perfect recipe for achieving my meager definition of personal success.”

The Influence of Social Media

“It’s a hustle, no doubt, particularly for those shooting street. Going pro in the genre isn’t as easy in 2021 as it was even a few years ago. This is partly down to the fact Instagram and Flickr — the two services that have most helped launch several careers — have made it nearly impossible for most mortals who don’t already have a following to gain one to use as a launchpad. I think it’s a travesty, for the record. Sure, social photo-sharing services contributed to the overall visual pollution of our age, but they also lead to the establishment of several unbelievably talented artists who otherwise would not have been discovered. Street photographers included.”

What It Means to Be a Professional

Moving on to the point of what it means to be a professional street photographer, Higbee says:

“For the past two years — after a decade of tireless work and grit — I’ve been able to survive off three revenue streams for my street work: print sales, licensing deals, and royalties from various publications (including my own book). As I read that back, I understand how resolutely non-punk-rock it is to use “revenue streams” and “street photography” in the same thought. But adulting is all about accepting contradictions in life, so I’ve pinched my nose to lean into it. Now I get to call the streets of New York my “office” for a living while being grateful every day that I’m fortunate enough to have turned my passion, my hobby, into my career. “

I can’t argue with anything Higbee said. And he did raise a good point, which aligns with my reservations about there being such a job title as a professional street photographer.

You see, to me and many others, street photography is the rebellious child of the photography family. It does its own thing, pushes boundaries, and isn’t afraid to spark controversy. To think of it as a professional sector sounds, well, odd.

But, I’m learning it can still be all those things and, as in Higbee’s case, a way to pay rent, feed yourself, and hopefully still have some money left over for a good time. Do I think some people use the term professional street photographer loosely? Oh, for sure. But that happens in every industry. And it’s evident you can earn a living from it, and hopefully as the genre continues to grow, more of you can do the same.

Thanks to Jonathan Higbee for his contribution and constant support of the work we do here at The Phoblographer.