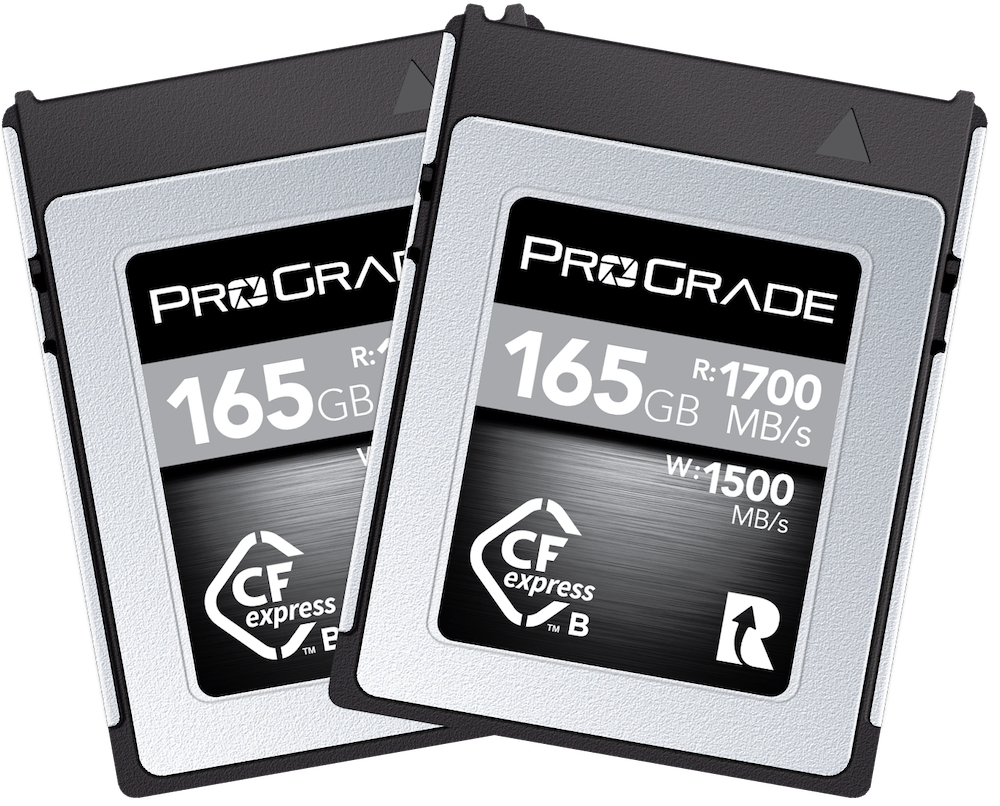 ProGrade Digital has announced its new capacity 165GB CFexpress Type B Cobalt memory card, which is designed for photographers shooting bursts and RAW.

They have sustained write speeds of up to 1,400MB/s, which is suited for a broad range of still and video capture applications.

Wes Brewer, founder and CEO of ProGrade Digital, explained, ‘The introduction of this new lower capacity, less expensive capacity point in our CFexpress Cobalt line is ideally suited for still shooters that don’t prefer to store an entire shoot on one larger card and typically don’t focus on shooting video. These cards are perfect for the photographer that wants the best high-speed burst shooting write performance at a lower capacity and price point than has previously been offered.’

Details of the 165GB ProGrade Digital CFexpres Type B card less than two months after Lexar unveiled the world’s fastest CFexpress Type B card, which offers read speeds of 1900MB/s and write speeds of 1700MB/s.

It was only the third ever card to offer V90 write speeds in combination with 512GB, following the March 2022 announcements by Wise and Sabrent of the world’s first ever 512GB V90 SDXC UHS-II cards.

The 165GB ProGrade Digital CFexpress Type B card is compatible with a range of cameras, including Nikon, Canon and Sony

Customers in select regions may purchase on Amazon with Prime shipping.

The founders of ProGrade Digital are industry veterans in the removable storage and digital photography industries.

Each spent time at leading companies such as Lexar and SanDisk, bringing extensive expertise in the design, development, and manufacture of digital storage products, plus longstanding relationships with key manufacturing and supply chain partners.

The company focuses exclusively on the development of memory cards, card readers, and workflow software for professional imaging markets.

To find out more go to the ProGrade Digital website.