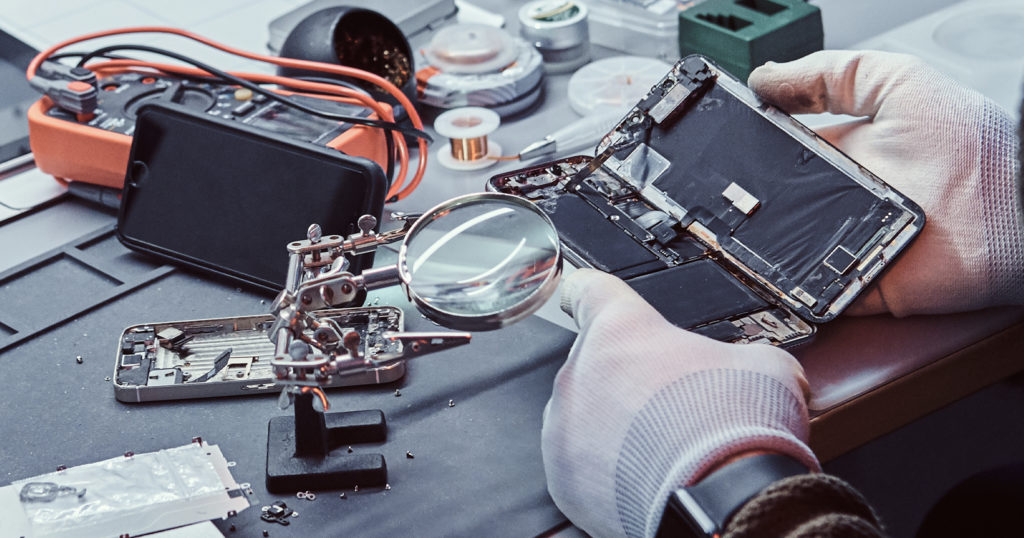 The Right to Repair movement has been the subject of vigorous grassroots advocacy work over the last several years and may finally see a major breakthrough as President Joe Biden is expected to ask the Federal Trade Commission (FTC) to draft new regulations to help empower consumers.

Bloomberg reports that President Biden is days away from using an executive order to officially direct the FTC to draft regulations that protect the right for consumers to repair products that they own either at third-party repair shops or by themselves. While the executive order is expected to focus on granting farmers the ability to repair their own work equipment — something John Deere has become infamous for blocking — the executive order is also expected to specifically mention smartphones. Engadget reports that White House Press Secretary Jen Psaki noted that the order will grant “the right to repair their own equipment how they like” in a press briefing on Tuesday.

The Right to Repair movement has been championed by tech advocates, many media groups, and outlets like iFixit. In particular, iFixit has been one of the loudest voices in the movement and believes that everyone who owns a product has the right to repair it. The movement does not just encompass the right to repair owned products but expands to preventing companies from making access to equipment or resources proprietary. iFixit notes that the automobile industry tried to block the independent repair of vehicles, but that motion failed in 2012. Similarly, the idea of a “locked” cell phone to a particular carrier was overturned and made legal in 2018.

“Once you’ve paid money for a product, the manufacturer shouldn’t be able to dictate how you use it—it’s yours,” iFixit writes. “Ownership means you should be able to open, hack, repair, upgrade, or tie bells on it. But it’s common practice to refuse to make parts, tools, and repair information available to consumers and small repair shops. Apple even created a special screw specifically to make it hard to repair the iPhone.”

While tractor, computer, and smartphone companies tend to be the most notable offenders of those who fight against Right to Repair, the camera industry is no stranger to it either. In 2019, Nikon shuttered its authorized repair program and forced all Nikon users in the United States to rely exclusively on Nikon itself for any repairs. Smartphones aren’t just for voice and text communication anymore either and are more widely accepted as cameras now than ever before. Apple has been loudly against allowing consumers to repair their own products, and in January reports emerged that the iPhone 12 camera could no longer be repaired by a third-party shop, instead requiring the owner to go through Apple.

While companies generally say that the reason they restrict who is allowed to tinker with a product is to protect consumers from faulty repairmen or bad parts, the real reason is generally believed to be a way to force a consumer to spend more money with the company rather than spread it out over other businesses. Additionally, many companies would much rather sell you a new version of a product rather than support or repair an old one. Western Digital recently stated that it would not support older network-attached drives that could not upgrade to the most recent operating system, and instead has told those customers that the best solution was simply to buy a new enclosure. Not only is this expensive to the consumer, but it’s also exceedingly wasteful.

“Big tech has been taking advantage of consumers for too long, at the expense of local small businesses. We’re very encouraged that the Biden administration is planning to use the rulemaking power of the FTC to restore competition,” a spokesperson for iFixit told Engadget.