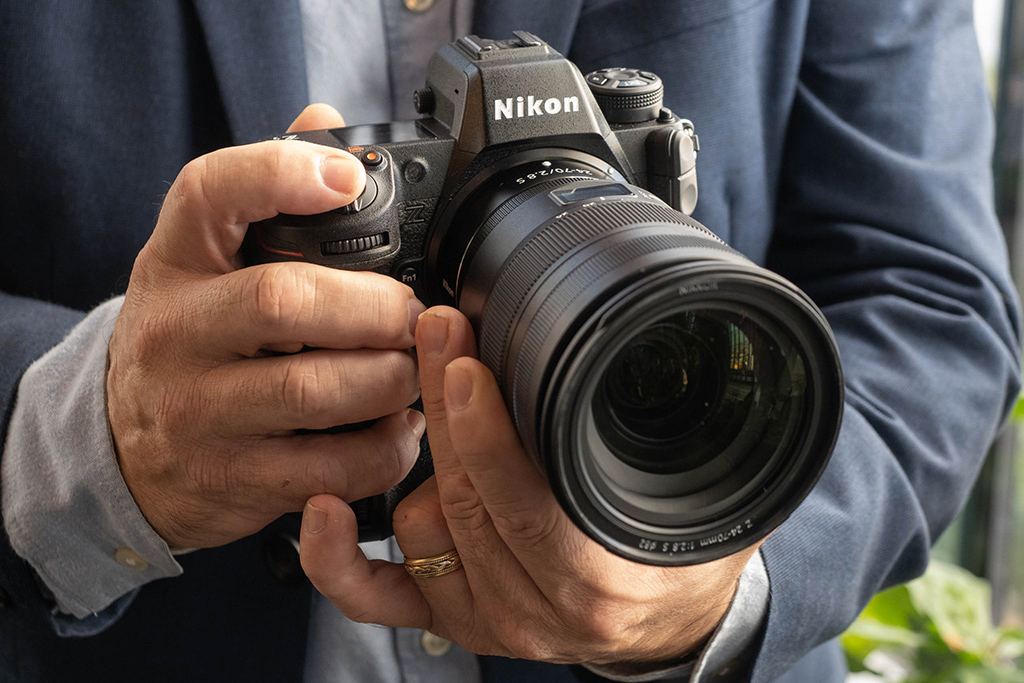 Nikon’s new Z9 mirrorless camera is shaping up to be one of the biggest releases of the year and there is already speculation that the sheer volume of global pre-release orders will result in lengthy waiting lists for the fast, high-resolution flagship.

While Nikon has not confirmed this, it does seem to be the case that UK dealers are witnessing a blizzard of orders for the camera, the exact release date of which has still to be confirmed.

“About a minute after the Z9’s announcement on Thursday October 28th, it just went insane,” said Gray Levett, owner of long-established London dealership, Grays of Westminster. “Raffi, our sales manager, and myself were in the office until just before midnight on the day, still handling orders. We saw the highest number of pre-orders in a single day in our history, and we’ve been in business for 35 years. It even eclipsed the D850, which was off the charts, and the D3.”

Crumbs! A tired (in a good way) Gray Levett with a cake to celebrate the Z9’s coming

Gray’s team saw a sample of the Z9 a week before it was announced, and he describes it as a “game changer.” As for the speculation that Nikon will struggle to meet demand in a timely fashion, he had this to say.

“One assumes that, as with Leica, demand is always higher than the ability to supply, but I hope any supply chain bottlenecks will ease soon. Nikon has some other promotions coming through on other cameras, too; why would they bother to have a promotion if they can’t supply in time?”

Gray added that while many customers will wait for the Z9 reviews before taking the plunge, many are ordering it anyway. “One chap has ordered four! I think the photo industry needs something like this. There has been a lot of speculation about the future of the big camera makers and photography generally beyond smartphones. The demand for the Z9 shows that Nikon is producing cameras that the public needs.”

We contacted Nikon UK for comment about any likely supply issues for the Z9 but were still waiting for a response at the time of writing.