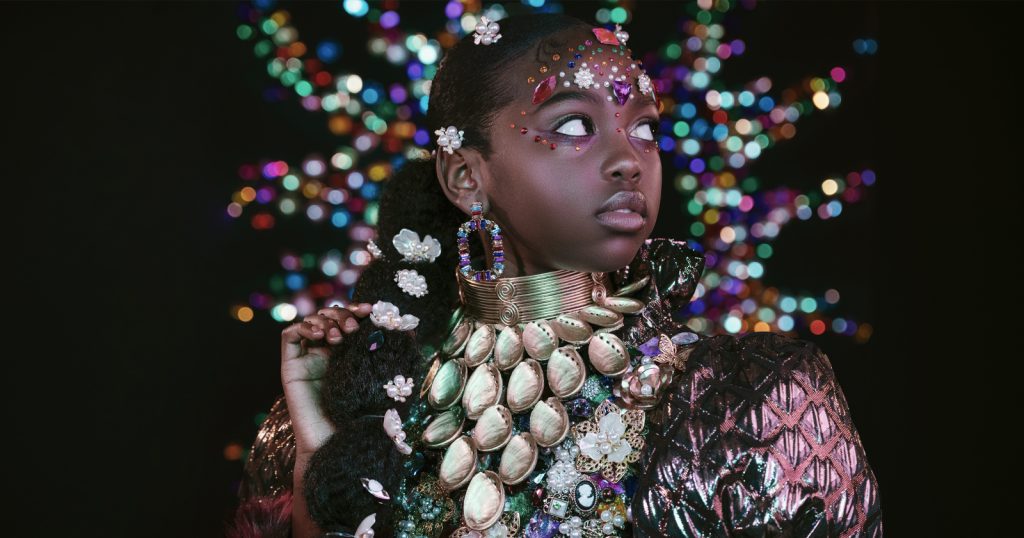 Canon hasn’t missed that the EF version of the 100mm f/2.8 macro lens has been popular as a portrait lens for some time and asked Kahran and Regis Bethencourt of CreativeSoul Photography to take the new RF model for a spin. Together, they show the insane image quality this new optic can deliver.

Canon announced the redesigned RF100mm f/2.8 Macro lens in mid-April with several upgrades that should make it appealing to a wide range of photographers. While a separate video shows exactly how the new Spherical Aberration (SA) Control Ring affects images, the video mostly focused on the macro capabilities of the lens. Here, you can get an idea of what a high-end portrait photographer can expect in terms of image quality and performance.

Note: the images below were captured with a pre-production version of the lens. The Bethencourts chose a “bedazzled” theme for their shoot featuring three child models. The duo clad them in a stunning wardrobe and set of bright, flashy accessories to complete the look.

“We really aim to empower children through our work, so we wanted them to look and feel like royalty in this shoot, with gems from head to toe,” Kahran says. 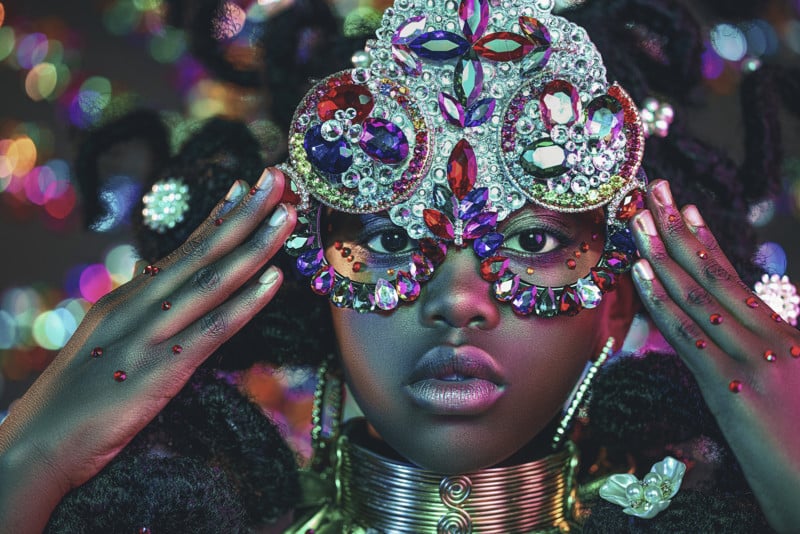 “We know that most photographers will look at this lens and just think of its macro capabilities. But it’s so much more,” she adds. 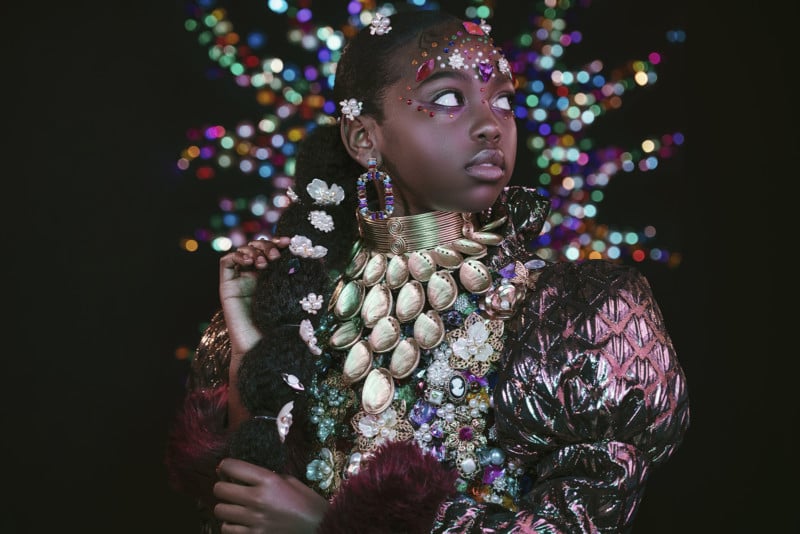 Regis notes that the two actively used the SA control ring to change how bokeh and out-of-focus areas look in the image both in the background and foreground.

“If you turn the lens to the plus side, the bokeh gets a harder edge. Moving the ring to the minus side, the bokeh gets softer,” Kahran says. The video above shows the extreme examples of this change, which mirrors what was seen in Canon Europe’s video, albeit with more obvious depictions of the changes thanks to the backdrop. 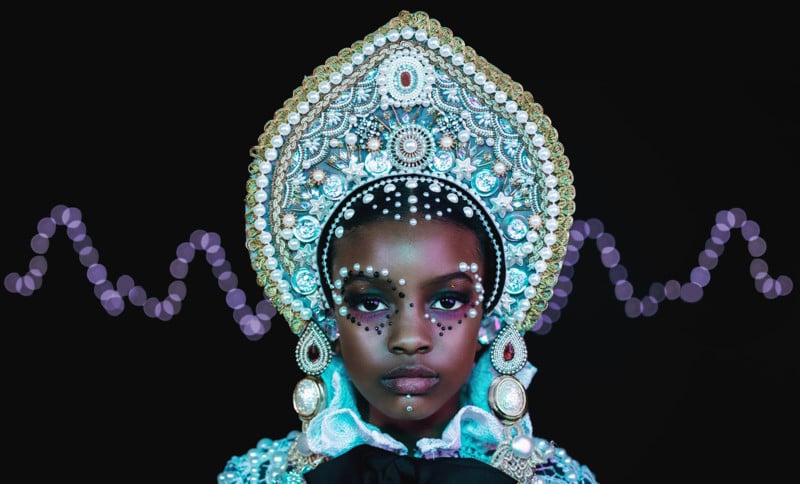 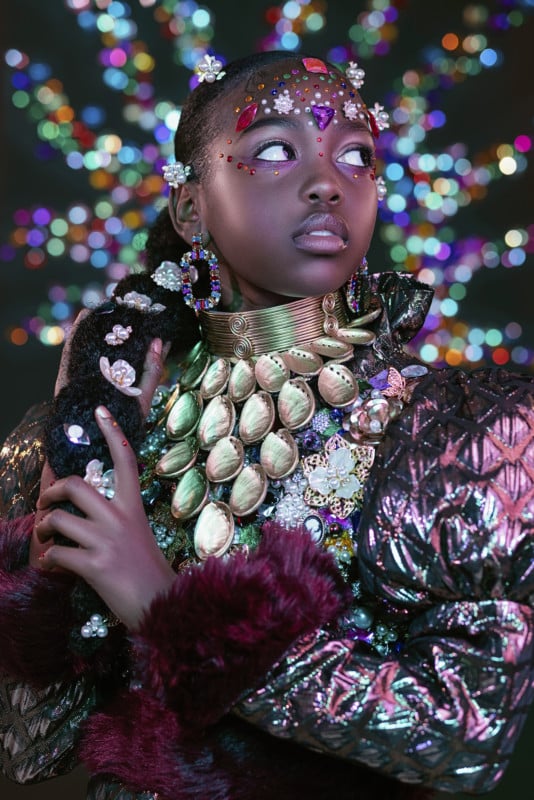 Looking at the images, it’s surprising how simple the setup was. The duo chose to make a set of simple, do-it-yourself-style backdrop that wasn’t particularly complicated to put together. The first backdrop features a Christmas tree garland, the second uses colorful plastic gems, and the third is just white Christmas lights. 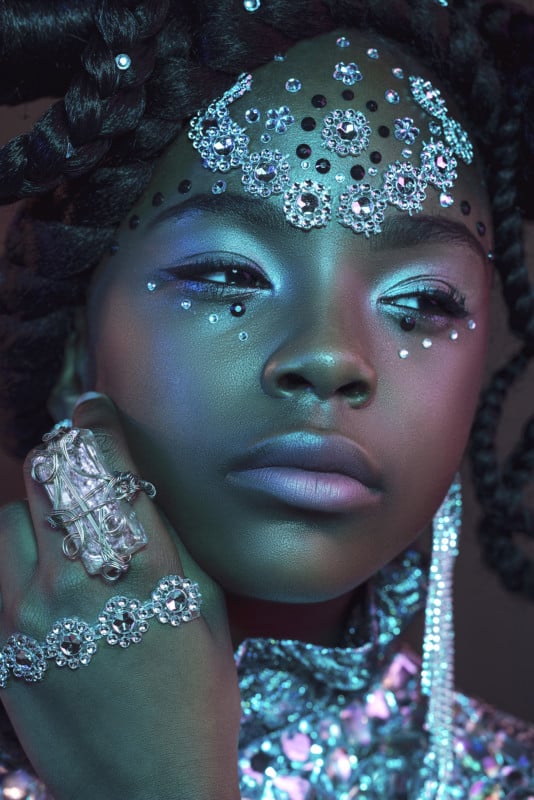 The Bethencourts note that this lens is incredibly sharp, and the results here don’t contest that. While none of the photos from the shoot were captured wide open, none are closed down further than f/5.6 either; most were shot at f/4. All the images above were shot on the Canon EOS R5 cameras. The level of detail is particularly impressive and should give an indication of what photographers can expect when the lens becomes available in July.