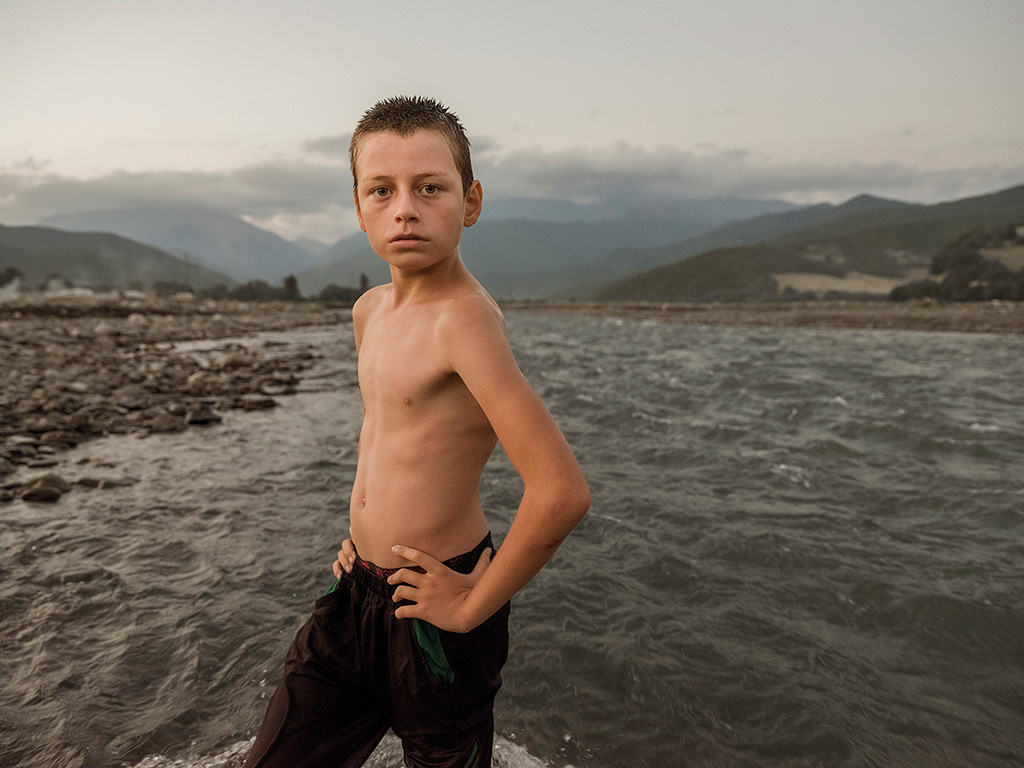 Photographs in the new Portrait of Humanity volume have a diverse response to the world’s events over the last year, with change in thinking and the Covid19 pandemic featuring in themes presented.

Now in its third volume, the annual Portrait of Humanity collection is perhaps the most poignant set yet. With Covid obviously being a huge influencing factor on the themes found within, there’s also been plenty of massive social events and shifts in ways of thinking during the past year or so.

Featuring over 200 images that were captured in more than 50 countries, the portraits remind us that even though we have faced over 12 months of difficult isolation and separation, through it all, humanity’s desire to connect, rebuild and keep going still survives.

Protestors, by Virginia Hines – San Francisco, California, USA
“I encountered this young man at a Black Lives Matter demonstration, less than two weeks after the tragic death of George Floyd and during the height of the pandemic. I live near the station and wanted to document the confluence of historic events as they played out in my neighbourhood. This being San Francisco, protestors were passionate but socially responsible – everyone wore a mask.”

‘The reason for creating both awards [Portrait of Humanity award and Portrait of Britain photography award] lies in the importance of human connection through portrait photography, and their power to reveal a window into another’s life and experience. This is evident from the selection of images you see in the collection. ‘Each portrait documents an entirely different life, from tales of love in Lidia Sharapova’s image, and realisations of our mortality through Hannah Maule-Ffinch’s moving portrait, to powerful images of protest in Virginia Hine’s work. Portrait photography helps us to understand others around us, and to bring the global community closer together.’

Braveheart, by Hossein Fardinfard – Pankisi, Georgia
“Thirteen-year-old Rizvan is Chechen; he lives near the Alazani River in Georgia, where most of the inhabitants are Chechen migrants. When I asked to take his picture, he struck this confident pose without me directing him.”

You might expect the judges of the competition to be looking for something in particular, or have a theme to focus on as each year comes around. Apparently, nothing could be further from the truth. ‘We want to encourage a natural and diverse response to the world within a certain period of time. The eclectic selection which forms the book and the exhibition reflects the vast mosaic of human experiences from around the world, each captured by a photographer’s unique style.’

It might also seem obvious that different countries would have unique identifying themes running throughout – but evidently that is also not the case. ‘It’s interesting to note that there is no discerning style from each geographic location. Although each artist has led separate lives, it goes to show how inspired we are by individuals from all over the world. In many ways the pandemic has helped shape this, as we turned to online international communities for inspiration and reflection.’

Untitled by Dave Imms – Dakar, Senegal
“In February 2020, I was commissioned by a travel magazine to go to Senegal and shoot Dakar’s growing surf scene. Dekumba was one of a number of young people being taught by Rhonda Harper, founder of Black Girls Surf. I was only supposed to be at the surf school for an hour or so, meeting the students and photographing them, but I ended up spending my whole morning there. It was amazing to see so many happy, confident kids take to the water.”

Diversity across the judging panel is incredibly important for 1854. That also includes diversity across professions, with representatives from multiple sectors within the industry. Previous judges have included Fiona Shields, head of photography at The Guardian, Magnum photographers Alessandra Sanguinetti and Newsha Tavakolian, and Mallory Benedict, photo editor at National Geographic. Those who enter the competition should feel as though their work is being seen by some of the most important and most influential people working in photography today.

Although Covid is obviously going to be the overwhelming theme of any such contemporary volume – indeed, the cover shows a couple embracing while wearing the now-familiar sight of face masks – it was also important to show other events. Some of those may have happened regardless, while others have continued through disruption and with differences despite what was going on.

Angel by Nichole Murray-Fink – Atlanta, Georgia, USA
“I interviewed Angel for a project I was working on about the emotional and mental impact of the pandemic. She shared how isolation had freed her from comparing her life to other people’s. As a musician, she had become overwhelmed by the idea of keeping up, and felt relief when the world briefly shut down. She found time to invest in herself and show herself the kindness that she had previously relied on others for.”

1854’s representative continues, ‘Although Covid-19 has been a formative part of the last 18 months, we were also interested in finding the glimmers of normalcy that resided in local communities, uncovering those narratives that document all experiences during

‘Images like Rhombie Sandoval’s portrait of Mohammed in Morocco show how normal life continued despite the chaos that the pandemic brought. This being said, it was also interesting to show how “normal” events of life were transformed, such as Davide Bertuccio’s portrait of the couple formalising their union. Once everyday and traditional scenes were, and continue to be, disrupted, but still maintain their familiarity.’

Kayayei Sisters by Natalija Gormalova – Accra, Ghana
“Rahina’s 11-year-old sister Rafia started working with her as a kayayei last year, carrying goods at the biggest second-hand clothes market in Accra. They live together in the Agbogbloshie slum. Rahina understands the dangers of where they live but doesn’t have another choice; it’s the cheapest place to rent and is very close to the market. She is grateful that her younger sister has joined her as they can eat and spend time together after work.”

Although always a fascinating collection, this year’s Portrait of Humanity perhaps strikes a louder chord than usual. The portraits found within are shown around the world at a number of key locations, including Photo 2021 in Australia, the Belfast Photo Festival which took place in June and it will travel to the Indian Photo Festival later this year. That means that millions of people will see these images as it makes its way around the globe.

That also means it’s a very appealing prospect to enter your own work, and those with a penchant for portrait photography should already be considering entering next year’s contest, which is now open for pre-registration. It’s clear that the competition judges don’t have a set definition of what makes a good portrait, but it’s safe to say that anything with heart and soul will likely do well.

The Best Day of My Life, by Davide Bertuccio – Barzanò, Italy
“My friends, Marta and Alessio, sign the documents that will make them husband and wife. Between March and April 2020, 17,000 ceremonies were cancelled in Italy. This was one of the first post-lockdown weddings to take place.”

‘Submit work that has an emotional connection to you. Whether that’s a fleeting street portrait, a moment suspended, or part of an ongoing project. The judges are looking for work that shows humanity, individuality and the strength of our global community.’

Curiosity by Joe Habben – Toronto, Canada
“My partner Polly at the Toronto aquarium. She had come to visit me while I was studying a semester abroad in Canada. This photograph was taken on one of the last and most memorable days that we spent together before she returned home to the UK.”

Worth noting also is the fact that any format of photography is permitted – whether film or digital, and from any device, including smartphones.

How portrait photography can help your mental health