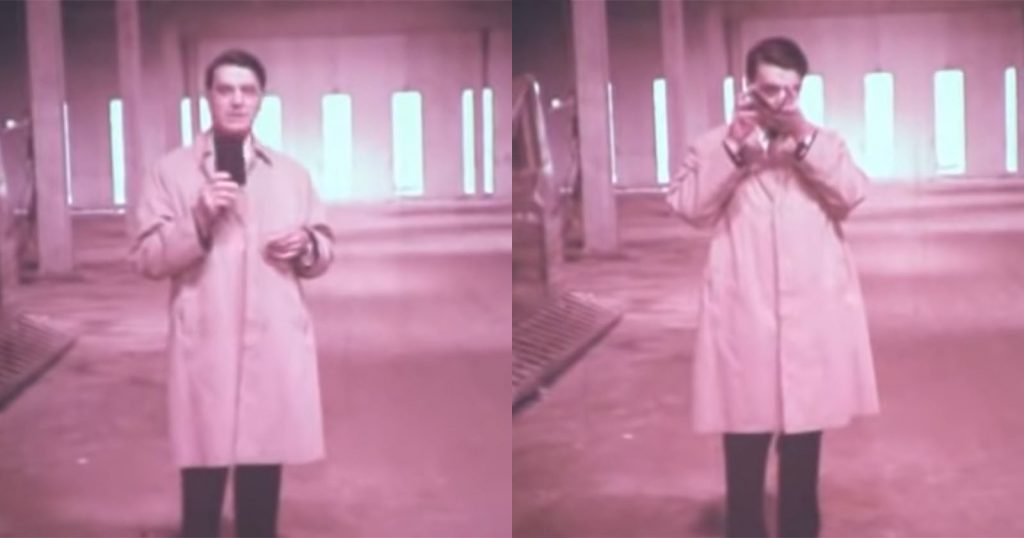 Polaroid founder Edwin Land was a visionary tech titan of his time, and as is common with pioneering entrepreneurs, Land had unusual foresight into where technology was headed. Here’s a neat video from 1970 in which Land accurately predicts the coming age of smartphone cameras in everyone’s pocket.

The film was shot for Polaroid’s shareholder meeting in 1970, and it shows Land giving a tour of the company’s headquarters (by helicopter) and factories (by foot).

As Land walks through an under-construction factory, he discusses his company’s history and where it was going (the launch of the iconic SX-70 folding single-lens reflex camera.

During the monologue, starting at 10:45 in the video, Land shares his vision of the future of photography, and his predictions were uncannily accurate (emphasis ours):

[W]e have to go back to 1944, to the very first concept of a kind of photography that would become part of the human being, an adjunct to your memory, something that was always with you so that when you looked at something, you could in effect press a button and have a record of it — in its accuracy its intricacy its beauty — have that forever. Now that kind of camera implied a whole family of technologies which did not exist in 1944. Obviously, the place to start was in the image itself.

The first domain in which we did our work was in making the instantaneous image itself without liquids. The cameras were large, as you recall, but acceptable. They were grand machines for a grand purpose. They were a long way from the dream which I used to talk about then of being able to take a wallet out of my pocket and perhaps open the wallet press a button close the wallet and have the picture.

In 1944, one would have thought that a camera that would do but the color pack to does would, if at all conceivable, cost perhaps a hundred dollars. And yet it is clear that as far as we have come and as remarkable as that achievement seems to be we are still a long way from the concept from the realization of the concept of a camera that would be, oh, like the telephone — something that you use all day long, whenever an occasion arises in which you want to make sure that you cannot trust your memory or when you want to record any object of great interest to you or any beautiful scene. A camera which you would use not on the occasion of parties only or of trips only or when your grandchildren came to see you, but a camera that you would use as often as your pencil or your eyeglasses.

It was in 1944 that land’s 3-year-old daughter Jennifer asked her 35-year-old father if she could see the family vacation photo her father had just captured. The technology to instantly see a captured photo didn’t exist yet, so Edwin Land invented it.

“I could see what the Polaroid camera should be. It was just as real to me as if it was sitting in front of me, before I had ever built one,” Land once said. “Market research is what you do when your product isn’t any good.”

Land was such a visionary that Steve Jobs idolized him and modeled his own career after Lands’.

(via Christopher Bonanos via The Online Photographer)