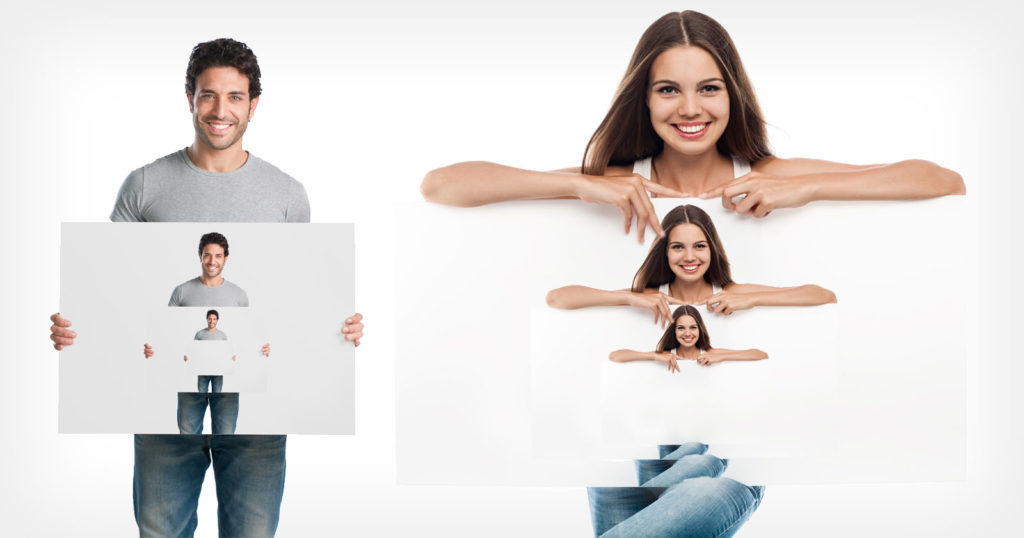 Photographs contain “layers of mind.” That’s according to a new study, which found that people are considered to be “less real” and have “less mind” when they’re seen in photos of photos rather than photos themselves.

The study was led by psychology professor Dr. Alan Kingstone of the University of British Columbia in Canada, and it was published this week in Proceedings of the National Academy of Sciences.

According to researchers, these layers in photographs have never been noticed by scientists before.

“Pictures have been part of human culture for thousands of years,” Kingstone states in a press release by UBC. “The idea that we can discover something new about them at this stage is really exciting. We found that pictures contain layers of mind.”

Researchers analyzed how people perceived the people they saw in photos, both people directly captured by a camera as well as people seen in photos or posters within a photograph.

“For example, suppose you are standing next to a poster of your face, and someone takes your photo,” Kingstone says. “The new photo contains your face twice—once in the poster and once beside it.

“Both faces are just different regions of the same photo, but people perceive the photo within the poster as being more removed from reality and having less capacity to experience feelings or make plans.”

Before you dismiss the research as having no real-world significance, get this: the scientists found that these layers affect peoples’ behavior and decisions.

“We also found that people would give a person within an image less consideration and attention,” says study co-author Dr. Rob Jenkins of England’s University of York. “In our experiments, participants donated the least money to a person in a photo of a photo.”

The findings are also relevant to more and more of our lives being moved online, through things like social media photo sharing and videoconferencing. And because “mind perception” is foundational in how humans make moral judgments, when someone’s mind is perceived in a lesser way, that person will likely be judged in a lesser way as well.

“There are many professional situations that involve pictures of people,” Jenkins says. “When these activities are moved online, the pictures become one step further removed from reality.

“For example, during a virtual trial, a judge may see pictures of a victim on video. Our findings suggest the judge may be less inclined to view the victim as real and vivid, which could affect how the case unfolds.”

In addition to courtrooms, everything from business meetings to healthcare visits to classrooms has moved to videoconferencing, and perhaps many repercussions of this shift remain to be seen.