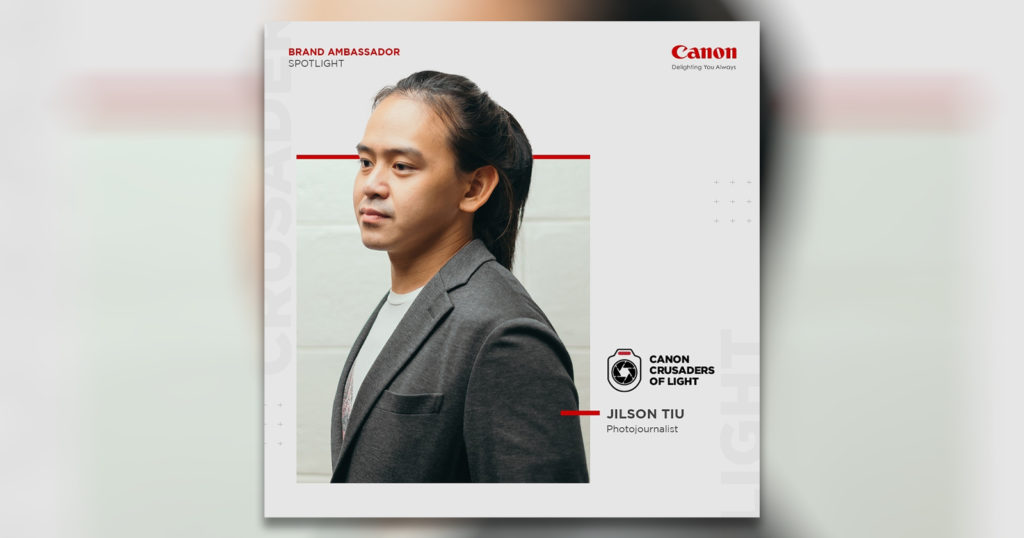 Photojournalist and new addition to the Canon Philippines “Crusaders of Light” ambassador program Jilson Tiu has called it quits after Canon failed to apologize for what he and many others viewed as a lack of diversity within its program.

In an announcement on Facebook that was spotted by CNN, Tiu says that he chose to drop his ambassadorship after Canon did not apologize for its mistake. Despite working with the company for three years to get to the point where he earned a sponsorship, he doesn’t appear to believe it is worth it anymore.

The names on the list of ambassadors were revealed over the course of several days, and in that time Tiu says that he was in the dark on who would be named. After he was revealed, seven other ambassadors remained and he was asked by a colleague if one of them would be a woman. He replied that he was sure there was but was disappointed to be wrong.

“I’ve been quiet these past few days about the debacle regarding Canon’s ambassador launch campaign. I was even asked by my colleague if I know the remaining blurred portrait in the poster. She asked me if there’s a woman in roster, I said ‘yes, maybe, I’m sure,’” he writes. “And I was wrong.”

Canon’s public statement in response to the online backlash has been viewed by many as an insufficient non-apology. In it, Canon Philippines wrote that it “supports camera enthusiasts and content creators regardless of gender, culture, customs, language, or race” and that its “Brand Ambassadorship is continuously growing and always welcomes more members who are interested and committed. Members are evaluated through their professional expertise and consistent brand support.” The company ended by writing that it appreciated the feedback and was “listening.”

“To be honest I do not know what’s happening inside,” Tiu continues. “I am seeing the same window as you. As of today, I am dropping my ambassadorship with Canon Philippines, it’s been a long time coming (3 years) and this is the tipping point. I love Canon cameras, so far, it’s been my partner for a decade of my photography career. What I don’t like is they didn’t apologized for the mistake that they’ve done. They should make up for it and apologize publicly.

“Thank you Canon for the three years, I will continue to use your camera as a tool, but I don’t want to be an ambassador to a brand that doesn’t align with my principles. Paalam at salamat, magkaiba tayo ng daan na nilalakaran [Goodbye and thank you, we are on a different path].”