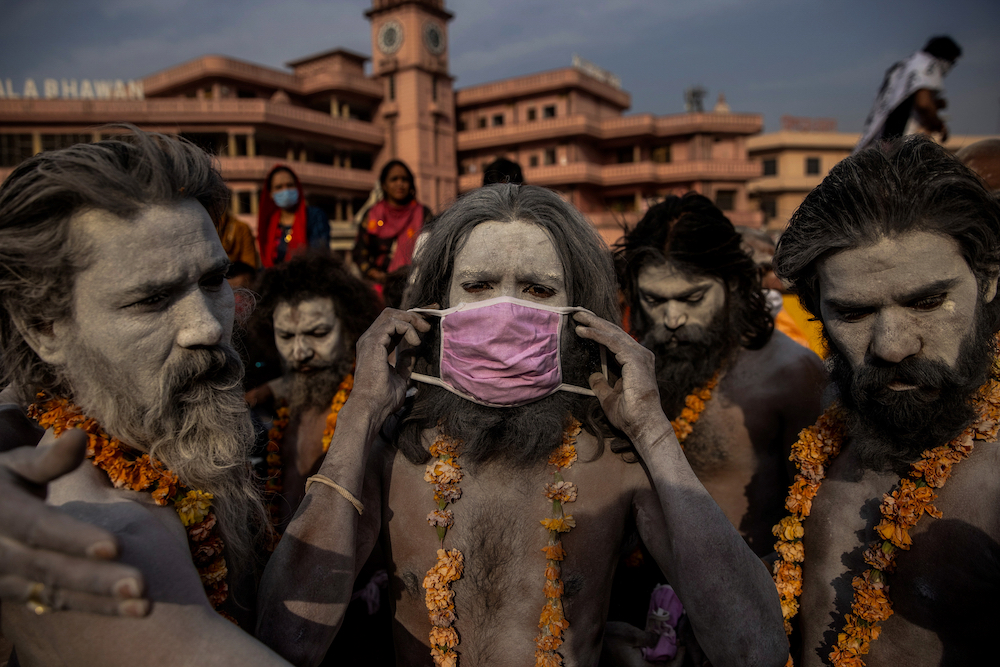 The late Reuters photojournalist Danish Siddiqui, killed whilst working in July 2021, has won a posthumous Pulitzer Prize for Feature Photography as part of a team of photographers who covered the impact of Covid-19 in India.

The posthumous award was Siddiqui’s second Pulitzer Prize – he previously won a Feature Photography award in 2018 as part of a Reuters team team that documented the Rohingya refugee crisis.

Siddiqui was killed alongside a senior Afghan officer while covering a clash between Afghan Special Forces and Taliban insurgents in Spin Boldak, Afghanistan, on 16 July 2021.

The 2022 Feature Photography Pulitzer was awarded for, ‘a distinguished example of feature photography in black and white or colour, which may consist of a photograph or photographs.’

The prize was awarded to Adnan Abidi, Sanna Irshad Mattoo, Amit Dave and the late Danish Siddiqui of Reuters ‘for images of COVID’s toll in India that balanced intimacy and devastation, while offering viewers a heightened sense of place.’

Winner, Feature Photography, 2022 Pulitzer Prize. A ‘Naga Sadhu,’ or Hindu holy man, places a mask across his face before entering the Ganges river during the traditional Shahi Snan, or royal dip, at the Kumbh Mela festival in Haridwar, India, 12 April 2021. As COVID-19 cases and deaths exploded in India in April and May 2021, hospitals ran so short of oxygen that many patients suffocated. © Danish Siddiqui/Reuters

The work by the Reuters team was moved by the jury from the Breaking News Photography by the jury and won a prize of $15,000.

The other nominated finalists in the Feature Photography category were the photography staff of Reuters for images of climate change collected around the globe, effectively portraying extreme and dangerous natural events as common and widespread threats to human life; and Gabrielle Lurie of the San Francisco Chronicle for intimate and harrowing images of a mother’s attempts to care for her homeless, drug-addicted daughter.

Two prizes were awarded in the Breaking News Photography, which must be, ‘a distinguished example of breaking news photography in black and white or colour, which may consist of a photograph or photographs.’

The first award of £$15,000 went to the Getty Images’ team of Win McNamee, Drew Angerer, Spencer Platt, Samuel Corum and Jon Cherry for ‘comprehensive and consistently riveting photos of the attack on the US Capitol’ in January 2021.

The second $15,000 Breaking News Photography prize was awarded to Marcus Yam of the Los Angeles Times for ‘raw and urgent images of the U.S. departure from Afghanistan that capture the human cost of the historic change in the country.’

Yam’s entry was moved from the Feature Photography by the Pulitzer Prize jury.

Joint winner, Breaking News Photography, 2022 Pulitzer Prize. A military transport plane flies over relatives and neighbours of the Ahmadi family as they gather around an incinerated husk of a vehicle destroyed by a US drone strike in Kabul, Afghanistan. In August, life came to a standstill as the Taliban offensive reached the gates of the Afghan capital, sending it into a panic. President Ashraf Ghani escaped; American-backed Afghan forces pulled back. The Taliban swiftly took over a nation that had changed much since it first ruled two decades ago. Jarring, violent scenes followed, marking a tragic coda to a messy and controversial 20-year occupation. The US was ending its longest war. © Marcus Yam/Los Angeles Times

Also nominated as a finalist in this category was an anonymous freelance contributor for The New York Times, ‘for striking images, conducted at great personal risk, of the military coup in Myanmar.’

Can photojournalism survive? The industry speaks out…