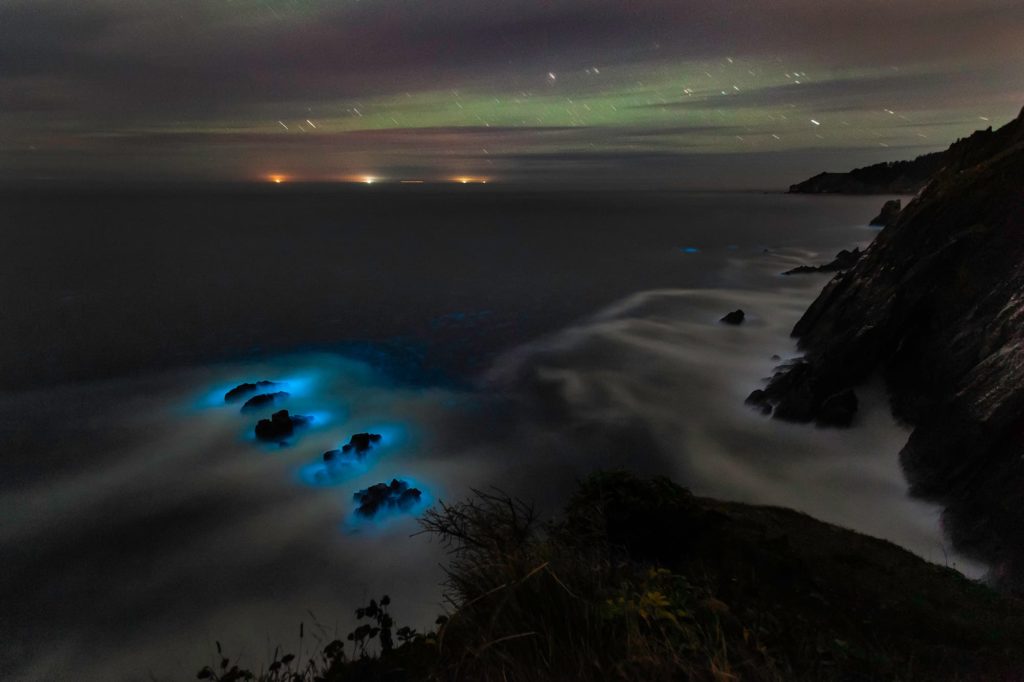 “…I have learned to not dwell on the images I may or may not be making and instead just enjoy the process of making them,” explains photographer Zeb Andrews. He adds, “it is a lot of fun.” For most folks, Zeb doesn’t need an introduction. We’ve featured him on our site a few times. The Bruce Wayne persona of Zeb is one of the folks in charge of Blue Moon camera: undeniably one of the best vintage and analog photography stores. I speak with him weekly for our Rare Camera Store initiative. And when the night hits, Zeb dons a metaphorical photo vest and ventures out to make exciting photos. Below are just some of them.

Want to be featured? Here’s how to do it.

Zeb didn’t go analog for this shoot. Instead, he went all digital. This shocked even me, as I thought this wunderkind of a man did it all on film. When I stared at Zeb’s photos, I was in awe. We’re not typically the type to feature photos where photographers mindlessly capture things in front of them. And for sure, that’s not the case here. Zeb’s images are stunning, and the story behind what’s happening is also really cool!

Zeb Andrews on this gear:

“Ha! My long-in-the-tooth Canon 5DII. I’ve had that camera for years now and it is a relic by DSLR standards, but for my own photography, which is mostly film-based, I have not hit a great enough need yet to replace it. Plus I have had it long enough now that it has grown on me and we have developed a relationship similar to the connection I feel with my 30-50 year old film cameras. I had two lenses with me: the 24-105mm f4 L and the 17-35mm f2.8 L. I ended up using the wide angle zoom for all these images though both because I needed that wider angle field of view and that faster max aperture.”

Phoblographer: So you captured the Aurora star trails and bioluminescence at the same time? In real life, how difficult was this to shoot?

Zeb Andrews: Kind of difficult, kind of not. The most difficult technical aspect was how dark it was. This made exposure times pretty long, even with higher ISO settings. But that is one of the nice things about digital photography: the quick feedback. I made one or two film exposures, and I still have not seen those negatives since they had to wait for me to finish the rest of the roll. Thankfully with my DSLR, I only had to way a few minutes, then I could gauge the results and make adjustments. Exposure times were still two to five minutes, so the process wasn’t terribly fast, but it worked. There were other minor technical issues as well, such as focusing AF lenses in scenes that dark.  That can be a bit of a trick because you cannot rely on the AF mechanism and instead have to focus manually, but AF lenses don’t manually stop at infinity either. I was able to use some bright stars and zoom in on them to get sharp focus, then recompose my scene. Also, the illumination from the back of the camera, or the occasions where I had to turn on my phone’s flashlight to see something interfered with my own night vision, so I had to use those things sparingly otherwise, I wasn’t able to see the view well with my own eyes.

Phoblographer: How dark was it out there? Were you actually able to see these things with your own naked eyes?

Zeb Andrews: After a fashion, yes. It took about 15-20 minutes for my eyes to adjust. At one point, I set my film camera up for a 40-minute exposure and just went and sat in the dark, not looking at either my digital camera or phone. After doing that, I could really see the bioluminescence in the crashing waves. It could be pretty spectacular when a big wave crested because you’d get a slowly unfurling line of line across the ocean below you. I wasn’t able to see the blue in the illumination very well at all, but I could certainly see the spots of light lighting up. I did not notice the aurora at all, but I am not sure if that was because it was too dim to see or because I was not even thinking to look for it. I did not notice that until I got home and started working on the images.

Phoblographer: When you looked at all this, what did you expect to capture? Did you achieve your goal?

Zeb Andrews: This was my second trip to the coast in as many weeks to see the bioluminescence. My first trip, I had been down on the beach itself. And while that was cool in the sense that I could walk through the wet sand and see blue sparks and streaks with each step, the photography had not been as interesting from that low angle. So I wanted a second chance at seeing it from higher up. I had this and another location in mind but settled on this spot as it was 40 minutes (or 80 minutes round trip) of less driving. Honestly, I did not go in setting any high expectations. I just wanted a halfway decent photo to at least document the phenomenon.

I had pictured an image that had more of the cliffs with the blue lighting up at their base, but for whatever reason, that surf did not light up.  It was the waves farther offshore that had the light and color. So really, I was just out there to satisfy my own curiosity and see it from a higher angle and to play around and see what I came up with. Working from that perspective, any photos that came of it were icing on the cake.

Phoblographer: Were there any moments where you thought you weren’t going to get “the shot.”

Zeb Andrews: Maybe. I don’t know. I was not super concerned with it. Again, I am so used to shooting with film where you never see the results in the moment that I have learned to not dwell on the images I may or may not be making and instead just enjoy the process of making or trying to make, them. It is a lot of fun. Honestly, I think I could have pulled the card from my camera and had as much fun photographing.

Phoblographer: How rare is it to see things like this all in the same place?

Zeb Andrews: I really have no idea. I only became aware of the bioluminescent phenomenon along the Oregon/Washington coastline the week or two before I made my first trip to see it. I don’t know if we have had this for years and the internet just caught on, or if it just started happening this year. I guess given how uncommon it is to get auroras and enough clear skies around here, that throwing in bioluminescent plankton probably escalates an image like this to fairly uncommon if not a bit rare. But then again, maybe not.

Phoblographer: Can you tell us about what’s happening in the water?

Zeb Andrews: Sort of. Marine biology is far from a specialty of mine but I will describe based on the limited understanding I have.  Essentially you are seeing the light from bioluminescent plankton. During the day they store up energy from sunlight and give it off at night. Something about the churning of the water, or crashing of waves, causes them to shed this stored energy as blue light. If you walk through wet sand where the plankton is present you can see blue sparks and flashes around each footstep. Likewise, if you splash your hand in a tide pool you can also cause the effect. I have been meaning to read up more on this myself since I enjoy photography being a gateway for curiosity in regards to such things but it has been a busy couple of weeks and that is a Wiki I have not yet made it to.

Please be sure to check out Zeb’s website for even more of his fantastic work.