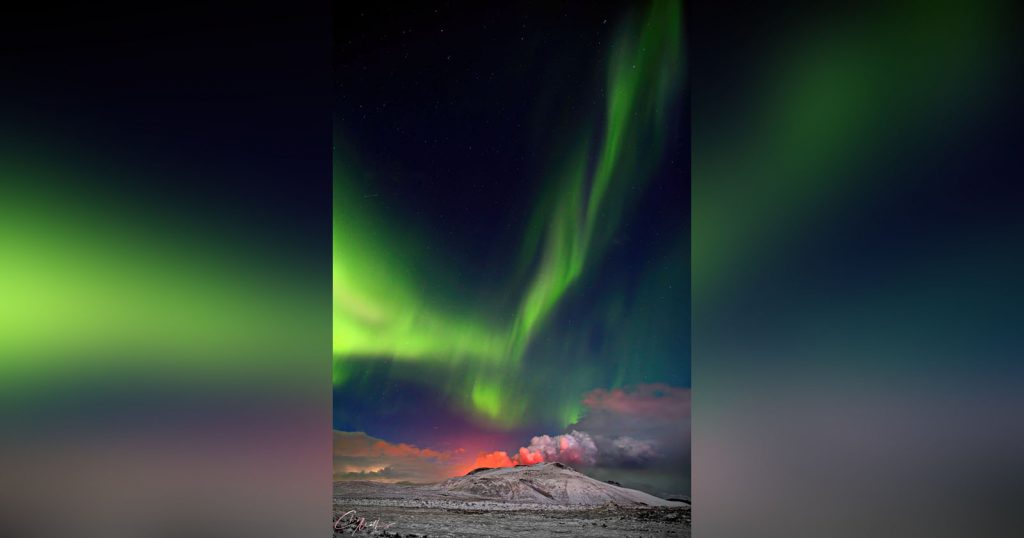 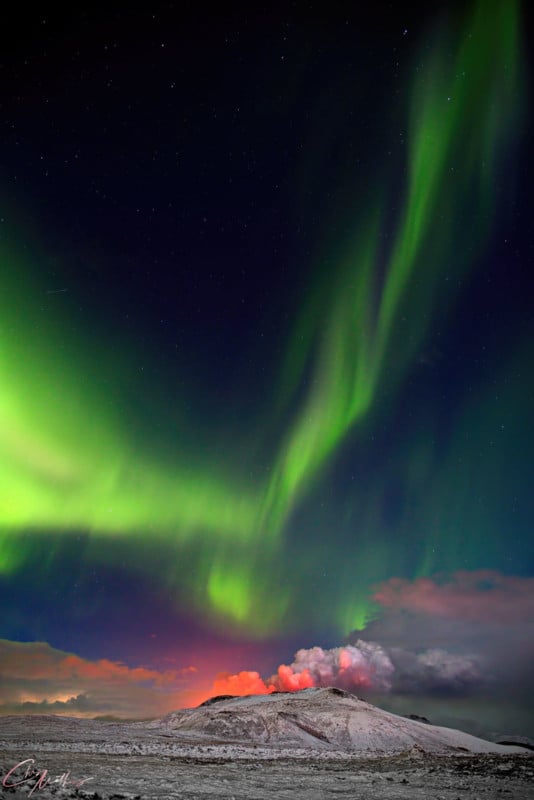 When the Geldingadalur volcano in Iceland erupted last month, photographer Christopher Mathews set out to capture memorable photos of it. After several disappointments, he was treated to the dazzling sight of the northern lights dancing over the eruption.

Formerly a legal professional working with the US Air Force, Mathews now lives in Kópavogur, Iceland, and studies Geothermal Law and Policy at Reykjavík University.

After the effusive eruption at Geldingadalur began at 9:30 pm on March 19th, 2021, Mathews started scouting for locations.

But on the night of March 24th, his persistence paid off.

“[A]s the skies darkened, an unexpected snow squall appeared, blotting out the sky and even the eruption itself,” the photographer says. “Another heartbreaker – until the skies cleared just before midnight. When they did, the aurora promptly lit off over the volcano.

“It was a magical sight, and one I took especially to heart because it happened to be my birthday!”

Captured with his Canon 6D DSLR and Sigma 24mm f/1.4 Art lens at ISO 1000 with a 4-second exposure, Mathews’ photo shows the green glow of the aurora over the reddish-orange glow of the volcano’s lava flows.

Geldingadalur means “gelding valleys,” and this latest eruption is the first for the peninsula in roughly 800 years. Since it may be a shield volcano eruption, it may continue for several more years (so you may have plenty of time to plan a trip to Iceland to photograph it).

If you’re curious about what the current state of the volcano is like, here’s a live stream of the eruption:

You can find more of Mathews’ work on his Facebook and Instagram. If you’re interested in purchasing a print of this photo, you can find them for sale over at Fine Art America.

Image credits: Photographs by Christopher Mathews and used with permission