Photo Editing is no Longer The Way to Stand Out, Thank Presets For That 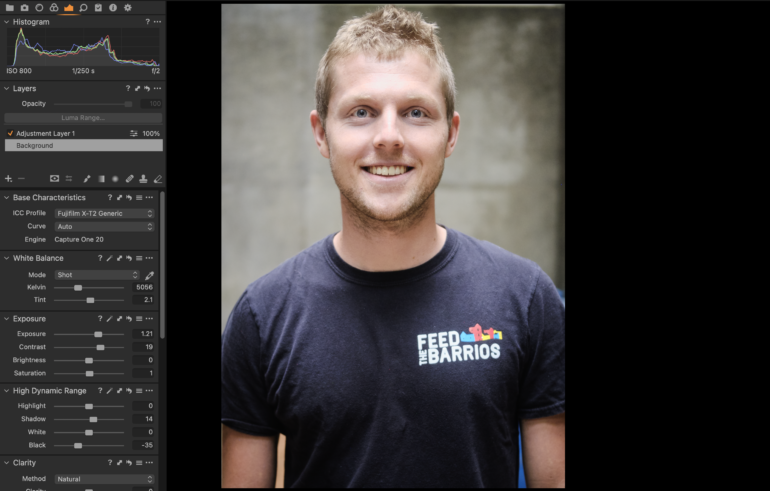 Photography and photo editing are closely linked, but they’re also very different. I know some awesome photographers who are mediocre photo editors and vice versa. Contrary to what many believe, photo editing has been around far longer than the technology we use today. Portrait photographers used paint to enhance their prints, while other photographers spent hours in the darkroom playing with exposures to correct their images. Over time, editing became the way to stand out from the pack, but that’s certainly not the case anymore. Follow me.

Moving ahead from methods of old, let’s look at photo editing in more recent times. When the option to edit images on our computers became available, it was a case of who could adapt the quickest. Although using computer-based photo editing tools has made life easier, in the beginning, it took some time to figure out. So, those who were around when the technology was born had to learn the full possibilities of software like Photoshop without a teacher. The most creative editors were not always the best. Instead, those who understood how to get the most out of what they had made the more compelling edits.

When digital editing became the norm and people could quickly learn how to do it, creativity began to take a stronghold. Those with the best artistic vision were able to enhance their images like we had never seen before. They began to separate themselves from the pack and stand out not only as talented photographers but amazing photo editors too.

However, although the strength of photo editing had a lucrative impact on the individual, as a whole, it began to tarnish the photo industry. Enthusiasts and wannabee professionals began to prioritize photo editing over making photos. People saw editing as the secret formula for making amazing photographs. I often see new photographers show little interest in the process of making the image. Instead, they’re desperate to know all they can about editing it. The photo industry recognizes this and takes advantage of it.

Presets have become very popular over the past decade. They remove the need to spend time editing an image, allowing you to click a button to edit it instead. Skilled photo editors capitalized on this thirst for presets by creating their own and selling them. The photographer who sat in front of their screen saying, “I wish I could edit photos like that,” now could, without learning how to do it.

The main consequence of all this is that few photographers are trying to be innovative with their photo editing. Look online, and you will notice everyone’s edits look the same—because they are. And because many don’t prioritize in-camera creativity, much of the imagery we see is stale and overdone.

When it comes to editing, what was once a way to stand out from the crowd is now a sure-fire way to get lost amongst it. What’s the solution?

The Camera and Your Mind Are Your Greatest Tools

I’ve always been a “camera first, photo editing second” type of photographer. I believe cameras can help you make photos so creative that editing tools are rendered almost useless. The same is true with lighting, filters, and other accessories, but that’s for a different article (and not everyone has the means to get those things).

Even more powerful than the camera is your mind. The possibilities are endless when it comes to what you can create. Here at The Phoblographer, we highlight this regularly. Checkout out our No Photoshop series, and you will see the wonderfully creative work photographers are producing without running their images through Photoshop. For example, take a look at the photography of Fabrice Ducouret. One of his images is above. He did that photo and many others without Photoshop. And this is exactly what we’re talking about, being creative without post-production.

So, this is where we find ourselves. Presets and the thirst to be like someone else killed what photo editing once was. But that’s not a problem. There are photographers out there rejecting what they’ve been told, showing that the true power exists within the mind and the camera.

And if you think purchasing presets from your favorite editors will have long-term value for you, I think you’re wrong. Innovation, in every walk of life, is what brings people to the top. Nobody remembers each of the sheep, but they always remember the wolf. Which one do you want to be? Just a thought.