Per Schorn Captures What People Look Like When They Fall 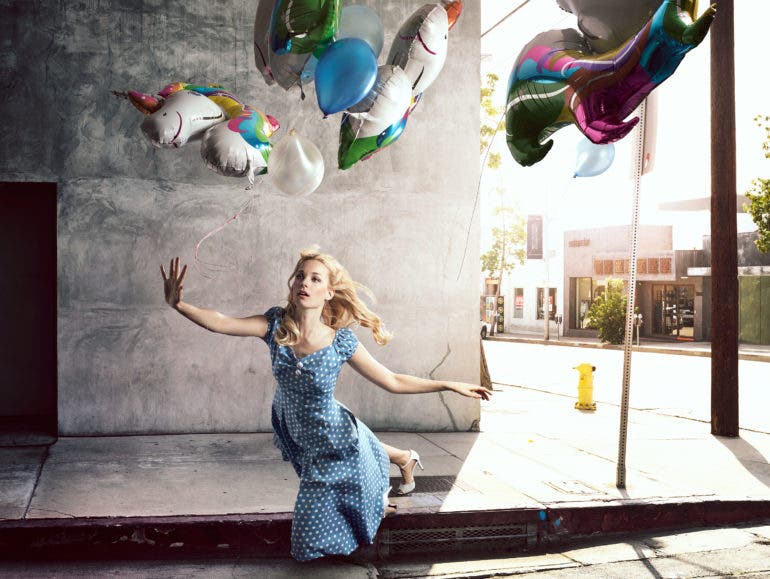 All images by Per Schorn. Used with permission.

“I noticed that there are certain situations that just don’t get caught by a human eye”, says Per Schorn from Frankfurt. During one of his overseas shoots, what started as an idea turned into a project that has received multiple awards internationally.

Want to be featured? Send us your project.

Schorn’s execution of this project reinforces my belief that personal projects boost the confidence of professional photographers. For over 11 years, I was a part-time photographer shooting commercially on the weekends, balancing this with my day job. I used to, and still, jot down photo project ideas in a notebook. Being able to conceptualize, plan, and execute these ideas helped me become more confident. Each new project I completed made me more self-assured of my skills. Despite it taking over three years from concept to execution, Schorn’s efforts paid off: Stumble is one of the most vivid and eye-catching sections of his portfolio.

The Phoblographer: Was this a commissioned series or something you did as a passion project?

Per Schorn: The series started as an idea about 6 years ago when I was working in Los Angeles on another series. I noticed that there are certain situations that just don’t get caught by a human eye including for example falling. That was how the idea started. I took some time in Los Angeles and started with the first tests right away.

The Phoblographer: If commissioned, what was the brief behind it and what was the client intending to portray with the series?

Per Schorn: It was a free project, but once it was finished I was asked by an agency if they could present it to a client. They did but the client didn’t like the idea so it remained a free series to show clients what kind of photography I am doing.

The Phoblographer: You’ve studied and were also a lecturer in Communications Design. Talk to us about how you got into photography.

Per Schorn: I first got into photography in 9th grade in school, when I took a photography class and learned how to take photos and develop films etc. I had so much fun in this class that I used my second Name to join the class again in 10th grade. After 10th grade, I knew I would become a photographer and first did an apprenticeship before studying. While studying I was working as a freelance assistant to put my theoretical knowledge into practice.

The Phoblographer: I’m curious to know how these images were executed. Were they all shot on location completely or were the models and props shot in studio first?

Per Schorn: It was the other way round. Like I said I had the idea in Los Angeles and started searching for locations there. I wanted to do this series completely in the streets, but for some reason I couldn’t find a talent who was interested in the idea, so I photographed the backplates in Los Angeles and the talents once I got back home to Frankfurt.

The Phoblographer: This looks like it was a really fun series to have been a part of. On average, how many retakes were required to get the perfect stumble shot?

Per Schorn: The photos were really fun, once we had the first few images photographed we knew which body part of the model was looking like he or she is actually falling and which didn’t. So after every falling we analyzed the photos and the talents implemented my ideas for the next round. It was amazing to see how perfectly they worked on every new fall. Also we let them have the items in their hand they were pretending to let fall. So the oranges, papers, coffee and balloons were falling along with the talents. They were each falling for 50 to 70 times, depending on when I knew we had the perfect image.

The Phoblographer: What influenced the thought process behind choosing the various models, outfits, and props for each shot?

Per Schorn: I chose talents I already knew from other jobs I did before and I knew that they would perform the way I wanted them to. The only talent I worked with for the first time was Julianna the curly women who is falling with the oranges. She was great and I loved working with her! Fun Fact: two years later she got into the finals of ‘Germany’s next top model’ and is a well-known and well-booked talent these days.

The outfits were chosen by my Stylist Jeanine Fettig. Jeanine has always an idea of how she wants talent to look like when she knows the idea and the location. She brings a lot of outfits to the production but has already one preferred outfit in mind and most of the time it is the perfect one for the situation. The props were chosen by me. I thought about what would be horrible to let fall and came up with the ideas of the prototype of a book, the cup of coffee, the balloons, and the oranges.

The Phoblographer: Being part of a large production team on such a shoot, did you get the final say in how the image should look and feel?

Per Schorn: I always try to show my clients how I feel a photo should look like in the end, so from the first brief from a client to the finished result I work hand in hand with my crew and always want to be part of every step. After we photographed the images I was working with my retouching artist to deliver my idea of the photo. Most of the times the retouching artist and I have a good feeling of what the client also had in mind and we just do some small changes after client sees the image for the first time.

The Phoblographer: While a stumble happens in a fraction of a second, the planning behind each shot must have been quite time consuming. Could you take us through the making of your favorite image?

Per Schorn: It took us some time to find the perfect body figure that really looks like falling and not like dancing or something that doesn’t convince the viewer. The most fun part was maybe the talent with the coffee as he was not allowed to splash coffee all over his suit, because then he wouldn’t be able to do another series. These details like the way the coffee is spilled or the papers are flying was always something that was out of our control and every time different.

The Phoblographer: Tell us about the photography equipment that was used in the making of these images? Are there any BTS image of the series that we could see?

Per Schorn: I am always working with the best equipment possible and rent equipment when I don’t have it in my equipment storage. On this series I used a Phase One Camera for the backplates in Los Angeles and a Canon EOS 5DR for the talents, because I needed a faster camera for taking serial shots while the talent was falling. As light sources I used the fast Broncolor generators that could keep up with the speed of the camera even with a fast series of 6-7 captures while falling to be sure to catch the final moment with all strobes are working constantly and don’t have to reload at that perfect moment. Profoto and Broncolor are my first choice strobe companies. I love working with different reflectors, sometimes a Beauty Dish is lovely and for the next image it might be an Octabox or an umbrella it always depends on the idea.

The Phoblographer: How important in the production was the choice of a medium format camera? Technically do you feel the same look and feel could have been achieved with a smaller sensor?

Per Schorn: Sometimes I need the speed of a DSLR but in general I love more working with medium format cameras whenever it is possible. I think that the feeling of what you see is different from what a DSLR delivers. Also the medium cameras like Fuji GFX 100 are getting closer to the speed of a DSLR. Plus, you have better resolution to print bigger images once the work is finished.

The Phoblographer: Since a lot of people and things were falling, what was done to ensure the safety of the participants? What would you say was the biggest challenge of this series?

Per Schorn: We had two mattresses where the talents fell on to make sure that they didn’t hurt themselves, but still we had some small blue bruises. The biggest challenge was to get all the components into one frame, perfect body figure of the talent, great props flying through the air, the light is matching with the light of the backplates and finally my finger on the trigger in the moment that I needed.

The Phoblographer: Stumble has won multiple photography awards. Do such accolades push you to shoot similar work? If not, what is your next interesting project?

Per Schorn: Of course, it pushes me to do more similar work otherwise I wouldn’t participate in these awards. For me it is a way to make my work better known and maybe get more jobs in the advertisement or editorial fields.
I always have a ton of projects in my mind that reach from a rough idea to perfectly planned concept.

Some of these ideas are ‚on hold‘ for a few years and come back to my mind in the perfect moment to be realized.
A few of them work easily and will be done in one afternoon others I am working on since 10 years and they will be finished soon. I just did a series where I walked into the woods at night after it had been snowing for days and I lighted the scene I found with colored strobes.

All images by Per Schorn. Used with permission. Visit his website and his Behance page for more.