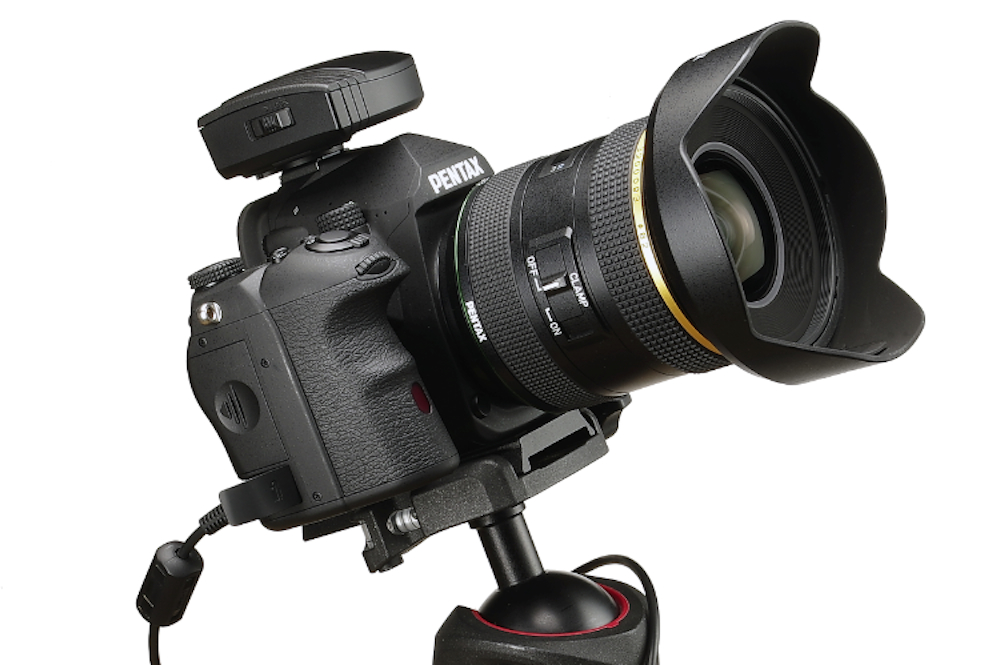 Pentax has unveiled the O-GPS2 unit for its DSLRs, which is said to offer ‘innovative features for effortless tracking and photographing of celestial bodies’, for astrophotography.

The O-GPS2 can couple the location data with the camera’s Shake Reduction (SR) system and offers advanced applications, including ASTROTRACER, Simple Navigation and Electronic Compass.

The unit is said to be capable of calculating the movement of planets, stars and other celestial bodies by utilising location data latitudes and the camera’s alignment data from its magnetic and acceleration sensors.

See below for the full press from Ricoh Imaging Europe

RICOH IMAGING COMPANY, LTD. announced the launch of the PENTAX O-GPS2. Designed for use with PENTAX digital SLR cameras, this versatile GPS unit not only gives basic location data, but also offers an array of original features that allow for the effortless tracking and photographing of celestial bodies.

The PENTAX O-GPS2 will be available from June.

The PENTAX O-GPS2 has been developed as a successor to the “O-GPS1” (released in June 2011). In addition to GPS in the US and QZSS in Japan – GLONASS and Galileo can be newly received. Simply by mounting the PENTAX O-GPS2 onto the hotshoe of a PENTAX digital SLR camera*, the user can record the latitude, longitude, altitude, universal time coordinated (UTC) and aspect of shooting locations onto captured images. Image files carrying the location data, can be used to track shooting locations and review location data on a PC. The location data stored on such files also makes it much easier to sort and file recorded images.

By coupling the location data with the camera’s SR (Shake Reduction) system, the unit offers a range of unique, advanced applications, including ASTROTRACER, Simple Navigation and Electronic Compass.

The O-GPS2 mounts on the hotshoe of a compatible camera and records the latitude, longitude, altitude, universal time coordinated (UTC) and direction of the shooting location onto captured images. In addition to GPS in the US and QZSS in Japan, GLONASS and Galileo can be newly received.

When mounted on the corresponding PENTAX digital SLR cameras body, the O-GPS2 also offers the advanced ASTROTRACER function,** which couples the unit with the camera’s SR (Shake Reduction) system for the effortless tracing and photographing of celestial bodies. The unit calculates the movement of stars, planets, and other bodies using the latitude obtained from the location data and the camera’s alignment data (horizontal and vertical inclinations and aspect) obtained from its magnetic and acceleration sensors, then shifts the camera’s image sensor in synchronization with the movement of the objects.*** As a result, stars and other bodies are captured as solid points rather than blurry streaks, even during extended exposures. It also makes astronomical photography much simpler, as it requires only a tripod and eliminates the need for an additional accessory such as an equatorial telescope.

In addition to the normal Type 1, the Type 2 that can be used in combination with the PENTAX K-3 Mark III makes the image sensor follow the movement of the celestial body at half the speed of the Type 1. You can suppress the flow of the landscape on the ground and shoot both the stars and the landscape in a well-balanced manner.

** This function is available only when the O-GPS2 is mounted on a PENTAX digital SLR camera’s body equipped with a SR system.

*** The duration of ASTROTRACER operation may vary depending on photographic conditions.

The O-GPS2 offers a Simple Navigation function, which calculates the di- rection and distance to a given destination from the current position. The user can either locate destinations using location data stored on recorded images, or register and/or assign them by uploading location data created on a PC.

The O-GPS2 comes equipped with an Electronic Compass function, which displays the camera’s direction on its LCD monitor with great precision. Using the aspect of geomagnetism detected by its magnetic sensor and the location data, the unit indicates the aspect in relation to true north. The user can also record directional data on captured images.

Shooting the night sky: tips from Astronomy Photographer of the Year winners