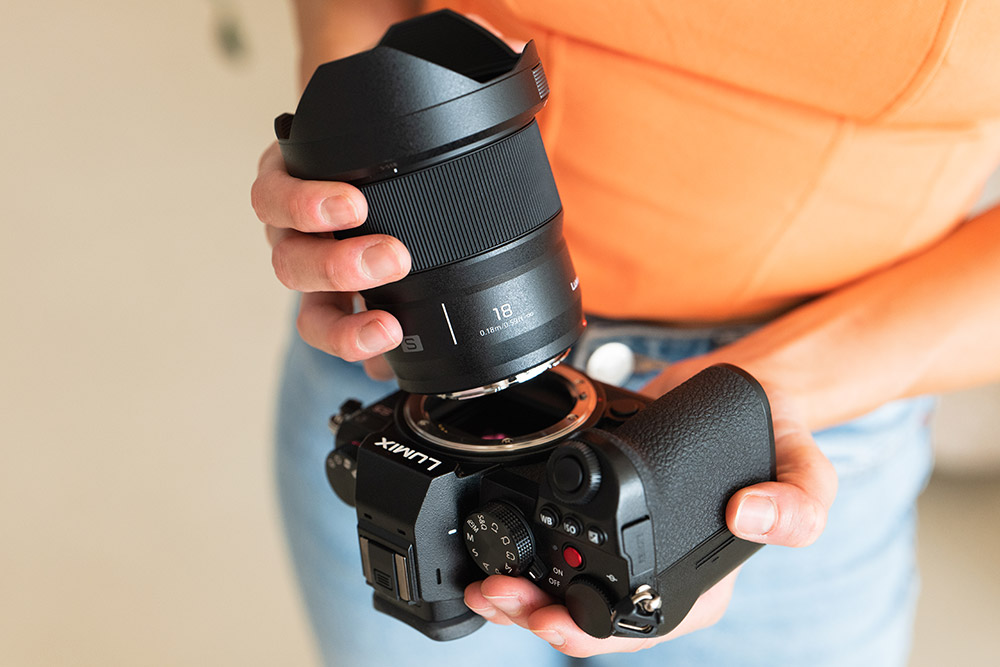 Panasonic is rounding out a quintet of fast primes with the introduction of a new lens – the Lumix S 18mm F1.8. An L-mount lens specifically designed for the S-series full-frame cameras, it offers a 100° angle of view and, according to Panasonic, professional-quality performance.

It joins four other f/1.8 lenses in the series – the Lumix S 85mm, 50mm, 35mm and 24mm. The idea behind this grouping is that all the lenses have the same size, filter thread, control positioning and balance, so will be easy to swap between for a cover-all-bases workflow.

This new lens, with its ultra-wide angle of view, is pitched towards landscape, architectural and astrophotographers. Its optical construction consists of 13 elements in 12 groups, and this includes three ED (Extra-Low Dispersion) lenses, one UED (Ultra Extra-Low Dispersion) lens and one UHR (Ultra High Refractive Index) lens, According to Panasonic, these will effectively suppress chromatic aberration. Like other lenses in the F1.8 series, it also has three aspherical elements to improve imaging performance.

Panasonic has also given the lens a short close focusing distance of just 18cm, so it should be useful for close-up work as well as shooting big, expansive vistas. Its AF system works in conjunction with that of Lumix S cameras to deliver smooth and accurate focusing. The manual focus ring can also be set to linear (controlled by the position of the focus ring) or non-linear (controlled by the rotational speed of the ring).

Panasonic has included a mechanism to suppress focus breathing, and the nine-bladed diaphragm has micro-step control for smooth exposure changes. As you might have expected, this lens is designed as much for video as stills. Indeed, part of the reason the F1.8 lenses have the same weight and balance is so that they can be swapped out on a stabilising gimbal without needing to recalibrate.

Weighing 340g, the Lumix S 18mm F1.8 is constructed to be dustproof and splashproof.

The lens has been optimised for video as well as stills.

Guide to second-hand cameras and lenses