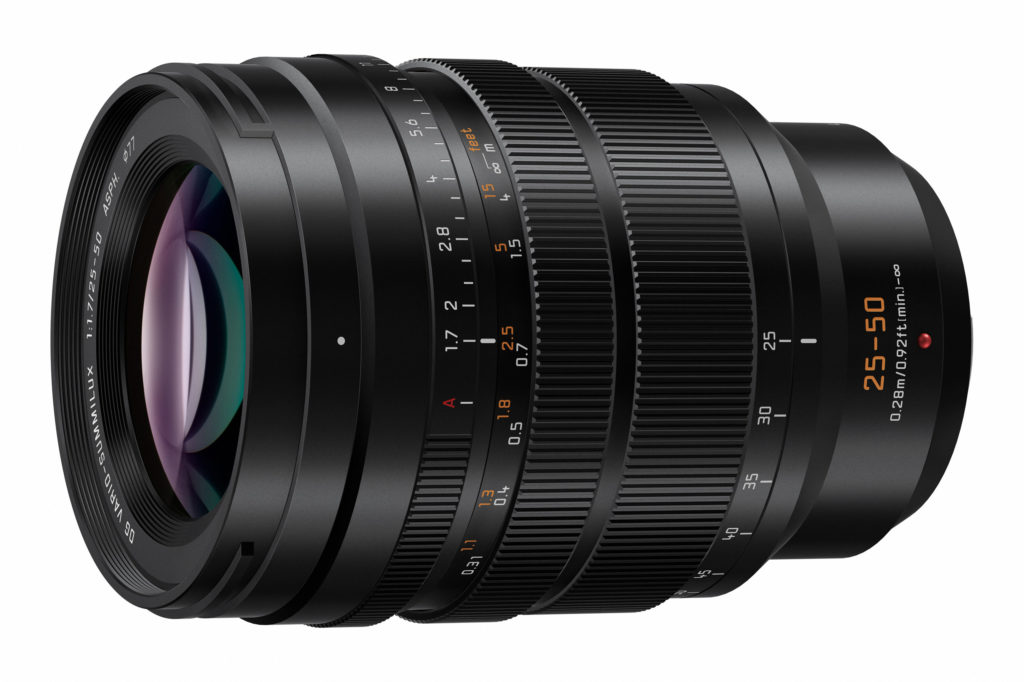 The 25-50mm f/1.7 sports both an aperture ring and a manual focus ring with a push-pull clutch

Optically the lens employs 16 elements in 11 groups, including 1 aspherical, 1 ultra-high refractive (UHR) and 3 extra-low dispersion (ED) glass elements. Together, these are designed to deliver fine detail across the entire image area, even at f/1.7, while minimising colour fringing due to chromatic aberration. A 9-bladed aperture promises attractively blurred backgrounds.

In terms of design, the lens sports a traditional aperture ring, along with a focus ring that can be pulled back towards the camera to engage manual focus mode, revealing a distance scale in the process. The minimum focus distance ranges from 28cm at the wide position to 45cm at telephoto.

When set to its forward position and with manual focus engaged via the camera’s controls, the focus ring can also be switched between linear and non-linear response, depending on the user’s preference. Various video-friendly features are also promised, including silent internal focusing, stepless aperture operation and minimal focus breathing.

Physically the lens employs a dust- and splash-resistant design, and is rated for use in temperatures as low as -10°C. It measures 128mm in length, 88mm in diameter and weighs 654g, while employing 77mm filters. The Leica DG Vario-Summilux 25-50mm F1.7 will be available in August for £1799.99.