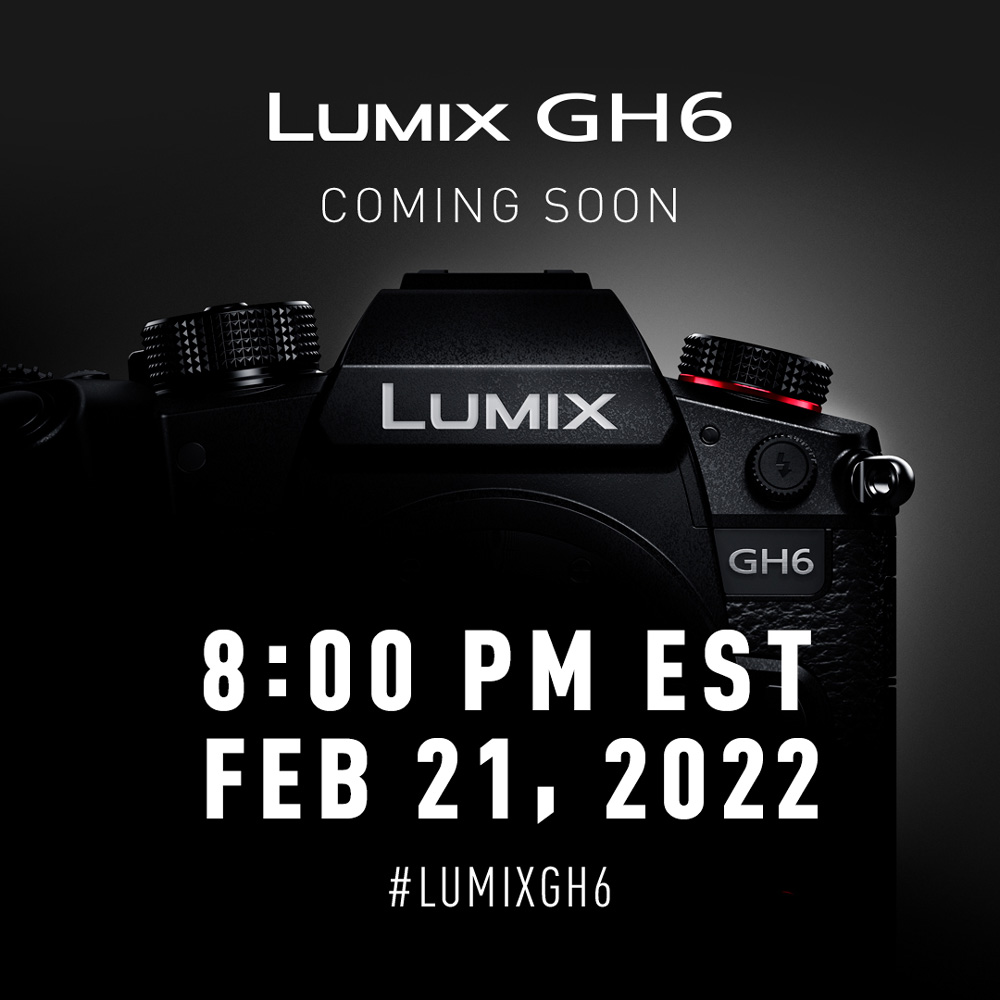 Panasonic has confirmed we can expect to see details on the new Panasonic Lumix GH6, on the 21st February, with this image shared on the Lumix Facebook page. The announcement date has been confirmed as the 21 Feb 2022, 8PM EST (1AM GMT the following day).

The Panasonic Lumix GH6 is expected to be the “big brother” to the Panasonic Lumix GH5 II, with the Micro Four Thirds camera having a focus on video features, as released in Panasonic’s previous “teaser” image, which you can see below. The camera was originally planned for a release within 2021, but was delayed to early 2022, as explained on Panasonic’s official GH6 page.

They have also launched a countdown timer, which you can find here.

Let us know what you think, are you looking forward to the new camera?

Read our mirrorless camera reviews, or have a look at the Best Micro Four Thirds lenses.