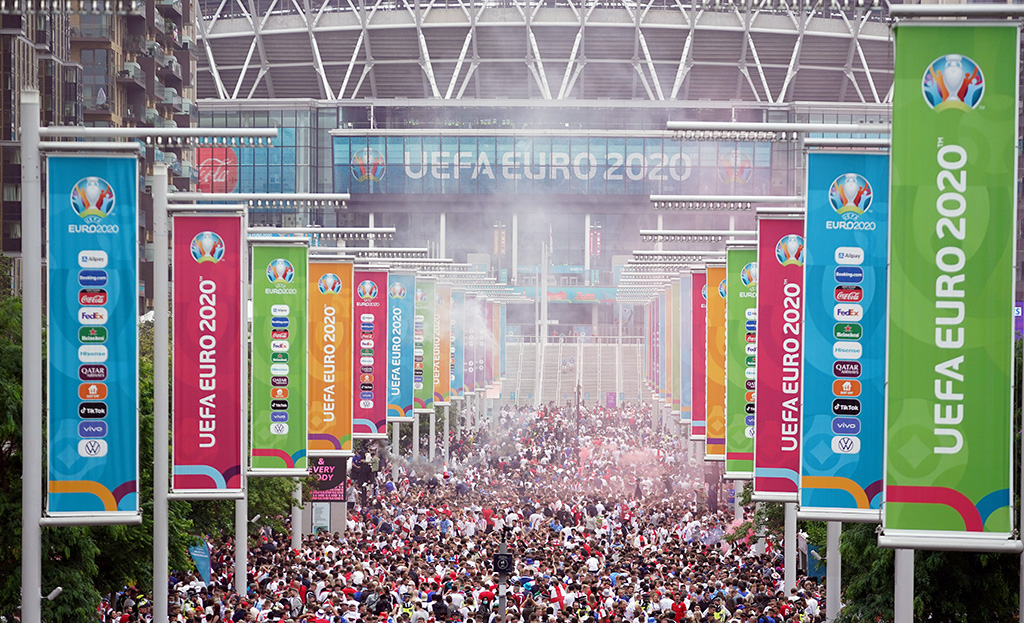 Sony has signed a deal with PA, Britain’s largest press agency, that will see 90 of its staff photographers and video journalists switching over to Sony cameras and lenses

The staff photographers and video journalists work for PA (formerly the Press Association) and are based in the UK and Ireland. They will be changing over to Sony’s full-frame mirrorless Alpha camera series, including the Cinema Line Camera FX3.

These will be paired with Sony’s E-mount lenses including several G Master models – FE 24-70mm F2.8GM, FE 70-200mm F2.8 GM OSS, FE 135mm F1.8GM and the FE 400mm F2.8GM OSS. The PA team members have been receiving their kit personally along with a product setup support from the Sony UK Pro team.

The PA team provides images from key events throughout the year including major annual sporting events through to major news stories and official events and engagements.

“With developments in the quality of still and video technology and specifically the introduction of Sony’s full frame silent shutter mode and remote capture it has meant that journalists and photographers have been able to adapt and shoot in situations not possible before – for example silently during broadcast – a key requirement for official engagements, where most recently the Sony Alpha 9 II has been used,” said Sony.

Father and son Graham and Innes McClelland play chess in Trafalgar Square, London as part of ChessFest, organised by Chess in Schools and Communities (CSC), a charity that uses chess to help children’s educational and social development. Credit: PA Media

“Remote shooting is becoming a more common requirement, so being able to control cameras and send images quickly and efficiently to the newswire, is key for success. Along with a close working relationship with the Sony UK Pro team, it is for these reasons that Sony imaging kit was selected as the preferred choice.”

“We are extremely honoured to announce this collaboration with PA Media, the largest press agency in the UK and Ireland,” added Yasuo Baba, Director Pro Business, Sony Europe. “We are incredibly proud to be working alongside them to deliver best in class photography and videography for news and sports to their clients. The partnership and on-going relationship will not only help us develop our camera system further but allow us to better serve their professional photographers and video journalists in future.”

Anglers, hoping to catch mackerel and other fish, cast from the end of Blyth pier in Northumberland as the sun rises over the north east coast of England. Photograph: Owen Humphreys

Meanwhile, Martin Keene,Group Picture Editor at PA Media Group, commented that “Sony’s silent shutter, superb lenses and brilliant sensors, along with the relationship that we have built-up with them over the past few years made the switch an easy choice…

Having both stills and video cameras from the same manufacturer simplifies the workflow and colour balance across both genres. It’s a big investment, but the opportunity to have all of our team using the same brand new, state-of-the-art kit is both rare and really worthwhile, and will make a real difference to the quality of the pictures that our customers see.”

This development is the latest in a wider trend whereby more and more press photographers are embracing mirrorless camera technology rather than the DSLR, their previous weapon of choice.