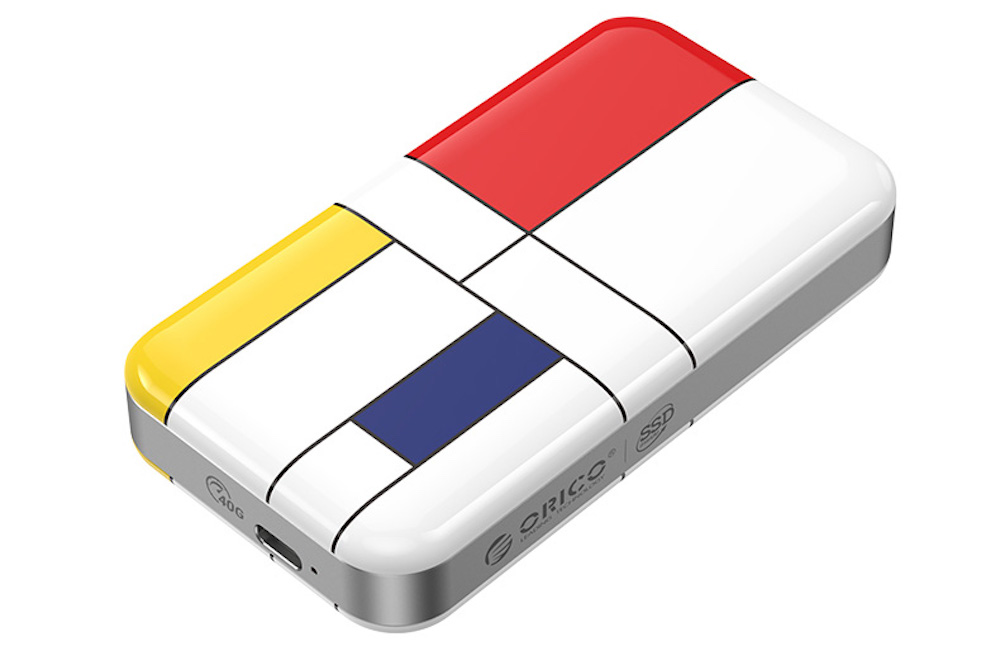 Orico claims, ‘the product engineers at Orico do not pursue form over function and have invested in the right technology to make the Montage 40Gbps series one of the best-performing SSDs available.’

The bold and bright aesthetic of the SSDs draws from Mondrian’s famous work Composition with Red, Blue and Yellow, incorporating the thick black lines and blocks of colour that distinguish the device’s design from most of the alternatives on the market.

The distinctive design was applied with the durable in-mold labelling technique that’s also found in automobile manufacturing for its resistance to corrosion.

Orico claims its new Montage 40Gbps SSDs read at up to 3,126MB/s

Accompanied by a 30cm 2-in-1 data cable for USB type A and type C connections, the drive is widely compatible.

It can be used with Mac OS, Windows, Android, Linux, iPad and other operating systems without requiring a driver.

Depending on user requirements, the Montage series offers capacity options ranging of 512GB, 1TB and 2TB.

Xu Yeyou, CEO of Orico, commented, ‘We are so excited to launch the eye-catching Montage series, serving superior performance and carrying a timeless aesthetic that really transcends style trends. We had in mind on-the-go creatives, such as photographers and video editors, when designing the product.’

Prices for the high speed ‘Mondrian’ SSDs start at £71.99 for the 512GB version on Amazon.