OPINION: What the new Fujifilm X-H2 tells us about a future Fujifilm X-T5 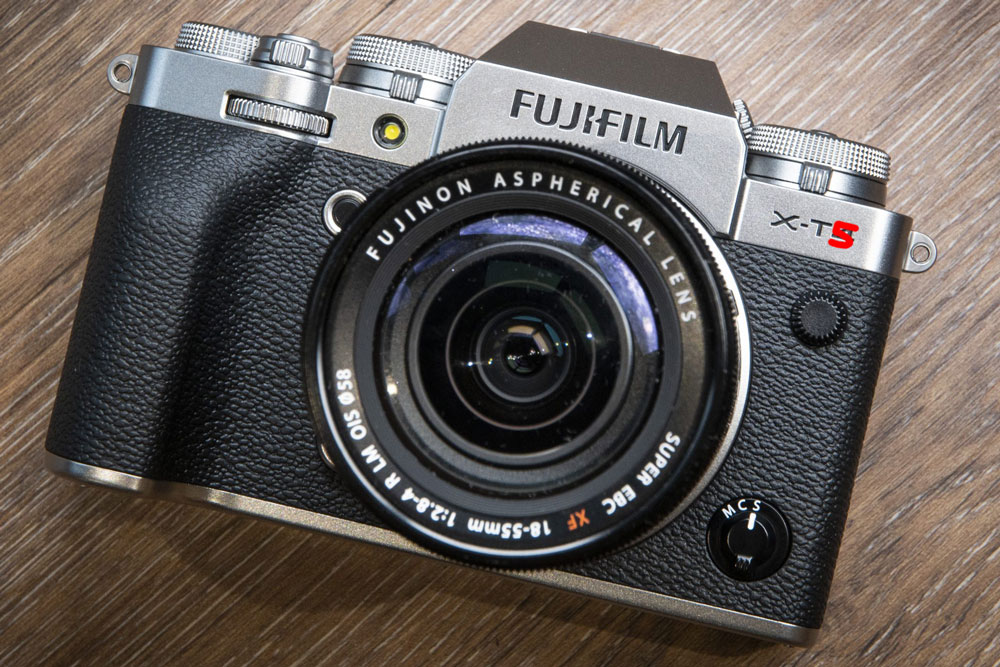 AP Technical Editor Andy Westlake reflects on what we can expect to see in a future Fujifilm X-T5 model, based on what we know from the new X-H2 and the existing X-H2S

Fujifilm has just introduced a new high-resolution APS-C mirrorless camera, the Fujifilm X-H2. This is distinguished by its 40-million-pixel sensor, which makes it the highest-resolution APS-C format camera to date. In this respect, it surpasses Canon’s 32.5MP EOS R7 and EOS M6 Mark II models.

In terms of body design, the X-H2 is essentially identical to the existing 26.2MP high-speed Fujifilm X-H2S. Indeed, if it weren’t for the prominent ‘S’ on the front of the latter, you’d have to look at the name tags printed discretely on the back to tell them apart. The two models share exactly the same body design and most of their internal components, including the viewfinder, screen, in-body stabilisation unit and image processor.

This is a sensible approach from Fujifilm, in effect giving two cameras from a single round of research & development spending. What’s more, Fujifilm users who buy both models should be able switch seamlessly between using them, which is very welcome for both professional and enthusiast photographers.

Now you might expect the higher-resolution model to be the more expensive of the two, but in fact, this isn’t the case. Instead, the 40MP X-H2 costs £1900, compared to the 26MP X-H2S, which will set you back closer to £2500. So why might that be?

Fujifilm’s 26.2MP X-H2S costs considerably more than the 40MP X-H2, despite having an identical body design, due to its stacked CMOS sensor

As the only material difference between the two cameras is the sensor, the answer logically lies with this component. Or more specifically, with the sensor architecture. Like other recent models designed for high-speed shooting, the X-H2S employs a stacked CMOS sensor, which means it has an additional memory layer bonded onto the light-sensitive pixel layer.

This brings a number of benefits, most notably the ability to shoot at 40 frames per second, along with improved continuous autofocus and subject tracking thanks to faster sensor readout speeds. However, the sensor’s increased complexity makes it – and therefore the camera – significantly more expensive to manufacture.

This is, by the way, not an isolated case. In fact, it’s closely analogous to what we’ve previously seen from Sony, where the high-speed 24MP Alpha 9 models built around stacked CMOS sensors have cost rather more than their 60MP A7R-series siblings. Stacked sensors are expensive.

Sony’s Alpha 9 cameras are more expensive than their Alpha 7 counterparts, again due largely to the use of a stacked CMOS sensor

So what might this mean for a future Fujifilm X-T5 model, the inevitable successor to the current X-T4 that’s popular with serious enthusiast photographers ? The firm’s loyal users may well be hoping that the X-H2S’s stacked sensor could ‘trickle down’ to the X-T series, giving the same remarkable performance in a more affordable camera. After all, the firm has a long-established strategy of building a range of models around a single sensor and processor combination. But to me this looks unlikely, as the complex and expensive stacked CMOS sensor would push the price way too high for an X-T model.

Instead, I’d be willing to bet that the future Fujifilm X-T5 will look very much like the current X-T4 in terms of body design and could well use a similar 26MP BSI-CMOS sensor. However, I expect it to gain Fujifilm’s new, up-rated X-Processor 5 that’s capable of running the firm’s AI subject-recognition autofocus system. If so, the X-T5 would be significantly more capable than its predecessor, but no match for the X-H2S in terms of sheer speed.

The upcoming successor to the X-T4 is likely to gain subject detection autofocus, but probably won’t be an ‘X-H2S lite’. Image credit: Michael Topham

Such an approach would make sense for Fujifilm in terms of having clearly distinguished models at different prices. The firm is likely to wary of making a similar mistake to the one it made with the original X-H1, which disappeared into obscurity when the Fujifilm X-T3 appeared just a few months after its launch.

Notionally, these two cameras were parallel flagship models with different strengths and weaknesses. But in reality, many customers just saw the X-T3 as a smaller, but in most respects equally capable, model that cost significantly less. As a result, the X-H1 ended up being sold off at an ignominiously bargain price. Fujifilm won’t want that to happen to either the X-H2 or X-H2S.

The upshot is that if you’re a Fujifilm user who wants the speed and autofocus capability of the X-H2S, I suspect there’s little point in waiting for an upcoming X-T5 to appear, in the hope it’ll be almost the same. It’s unlikely to be an ‘X-H2S lite’ you’re hoping for.

If, however, you don’t need either the X-H2S’s speed or the X-H2’s resolution, it could well be worth holding tight until the X-T new model shows up. The moral – as usual – is that it’s best to buy the camera you need now, rather than wait and hope for something that might (but might not) appear in the future.