OP:Ed Photojournalism is Under Threat: Here’s What to do 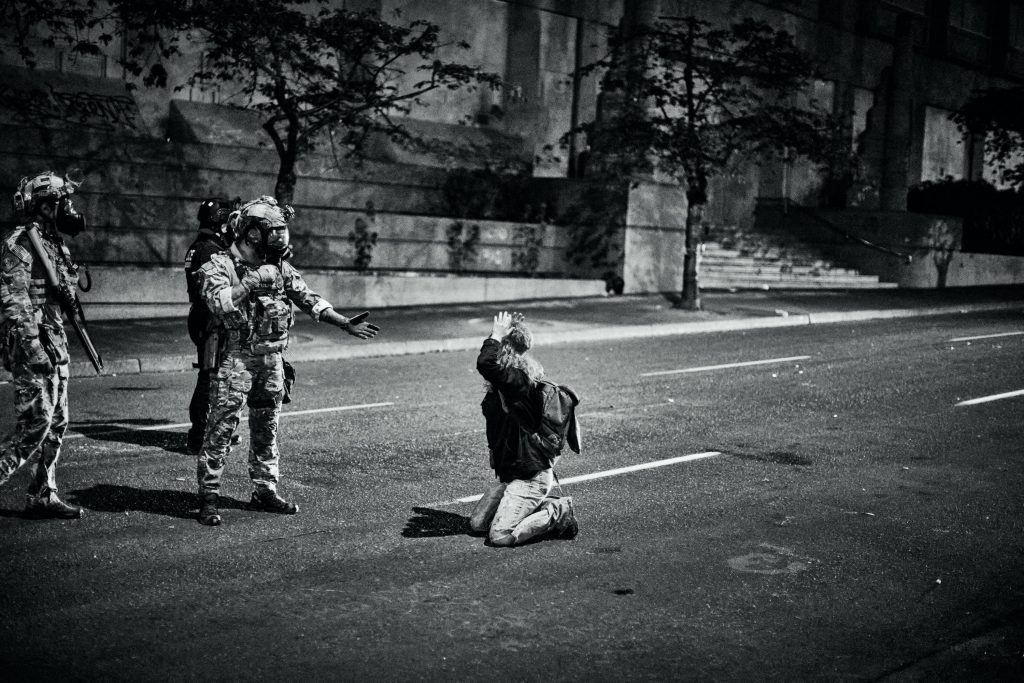 We can’t let our current times bully photojournalism out of existence.

I believe photojournalism remains one of the most important genres of photography. It serves as evidence and education. Without it, we wouldn’t know the true extent of things that happen in the world. Now more than ever, we need photojournalism. These are globally challenging times. And as authoritarian societies continue to evolve, we must ensure the freedom to document isn’t jeopardized.

Whether it’s the pandemic, racial tensions, or an election, a lot is going on right now. And regardless of what side you’re on, the fact remains, the people have less freedom.

A small section of society, government, has total control right now. Is that necessary? Time will tell. But it can’t last forever, and we should not accept an authoritarian society. How does that impact photojournalism? Take a look at just a few examples.

In May 2020, two photojournalists were wrongly arrested and jailed in Las Vegas, for example. They were documenting George Floyd protests. This isn’t a crime.

Back in August of 2020, we reported on the Portland protests. Police officers attacked photographer JD Barnes just for making photographs. He told The Phoblographer:

“I saw sparks heading directly towards me. In a split second, I was hit in the chest with what I later learned was a smoke grenade shot from a 40mm grenade launcher.”

In January 2021, UK photographer Andy Aitchison was arrested for photographing a protest against unfair working conditions during the pandemic. When speaking to the UK version of The Guardian, Aitchison said:

“I really feel like they’re trying to clamp down on the freedom of the press. The government is cracking down on people who are saying things they don’t want them to say, and that’s not right.”

— Andy Aitchison speaking to The Guardian

Above are only three examples. There’s more from all around the world. Photographing events in public spaces around the world isn’t a crime. Nor should it ever be. The western world doesn’t want to become China or North Korea. We want – we deserve – our freedom to photograph.

It’s clear the authorities, who are led by the government, want to strike fear in the people. They want us to be afraid to share our voices, and they want us to be scared to make a document of what’s happening.

What Can be Done?

The first step is not to allow fear to overcome you. If you’re a photojournalist, and you think, “I’ll stay at home because it will be safer,” then you’re letting them win. Pick up your camera and shoot.

If you’re out on the streets and you see authoritarian brutality, make your voice heard. Write to your local governer. Get others to write to them too. Make sure those who abuse power understand you won’t tolerate bullying, and you will fight for your rights to photograph.

Also, make sure you document any abuse you see directed towards photojournalists and the public. If you make photos or videos, ensure you share them and encourage people to do the same. There are still people who have 100% faith in the authorities. I think that’s insane considering all the evidence to suggest otherwise. It’s your duty as a photojournalist to let people know the truth.

Don’t Think Our Society is Immune

Some may think these are just isolated incidents. They may be guilty of assuming that we, the western world, would never be under strict rules. But the evidence is out there to show otherwise. The authorities and the police have already shown they’re happy to abuse power and overstep the mark. If we show them they can do it easily, who knows what the future of photojournalism will look like. And that’s a scary thought.

Lead photo by JD Barnes. All photos used with permission.