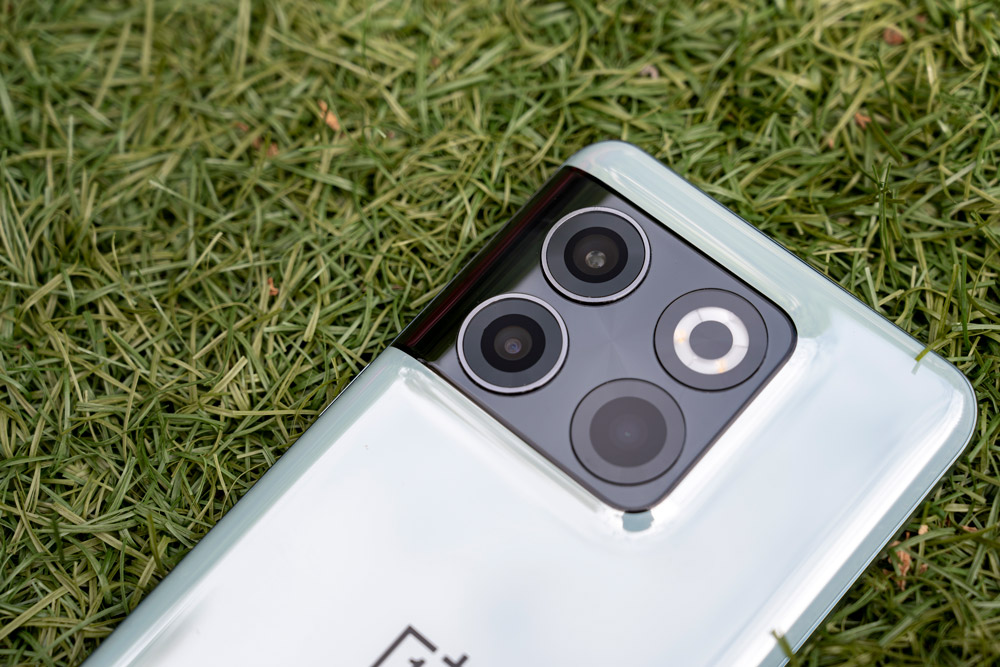 OnePlus 10T announced: high-performance and triple-cameras, but no Hasselblad collab – OnePlus has announced its latest flagship model, the OnePlus 10T, which will sit alongside its other flagship, the OnePlus 10 Pro.

Unlike the OnePlus 10 Pro, the key headlines of the 10T is its performance, with it using a better processor, more RAM and better charging tech than its sibling.

Most notably for photographers, while the smartphone has a triple-camera array, the lenses are not made in collaboration with Hasselblad, unlike the OnePlus 10 Pro.

The main camera features a 50 megapixel IMX766 1/1.56-inch sensor, which is joined by a wide angle lens which includes optical image stabilisation (OIS). The camera is capable of recording photos in full 10-bit colour.

Accompanying the main camera is an ultra-wide angle lens which offers an almost 120 degree angle of view, which sits in front of an 8 megapixel sensor. An additional 2 megapixel macro camera enables close-up shooting from a distance of 2-4cm.

Another interesting feature is OnePlus’ “Image Clarity Engine” (ICE) 2.0, which boasts a new algorithm that enables the phone to capture photos faster, and with greater level of details. As you press the shutter, the device will automatically take and process tens of photos, selecting the best for the final image. Although this is something we’ve seen in previous devices, it is promised to work faster for the 10T.

Also improved is HDR performance, when capturing images using the primary rear camera. This is designed to give more pleasing shots when there’s high contrast between foreground and background lighting. Also apparently improved is low-light shooting, with Nightscape 2.0 using intelligent algorithms to produce images with improved brightness, sharpness and detail.

Moving away from camera-specific specifications, the OnePlus 10T has the latest Snapdragon processor, which is reportedly 10% faster to run and 40% more efficient than the processor found in the OnePlus 10 Pro. 16GB of RAM is the most memory found onboard a OnePlus phone to date.

Super-fast charging is another interesting feature, with full charging from 0-100% promised in just 19 minutes when using the bundled charger. You can give the OnePlus 10T a 3 minute power boost to bring the phone from 0 to 29%.

A new cooling system promises to keep the phone 8.5% cooler than previous models, while 15 antennas inside the phone are designed for better signal.

Considering both the OnePlus 10T and the OnePlus 10 Pro will remain on sale (and both have the same price), we asked OnePlus which one is better for photographers. The 10 Pro remains its key recommendation for those whom photography is most important, but it stresses that the on-board camera system on the 10T is still excellent.

This could make the 10T a better “all-rounder” for those who also want to carry out gaming, run multiple apps and so on – as well as using the on-board camera.

We’ve been able to spend some time shooting with the OnePlus 10T ahead of its announcement and initial results are impressive. Colours are bright and vibrant, with excellent detail – particularly from the primary 50MP camera.

Ultrawide angle images are also good too, and we’ll be keen to test out the close-up lens further. See some sample images below ahead of our full review which will be published in due course. Click to enlarge, and view full-size sample photos:

Offers from OnePlus on the OnePlus 10T: