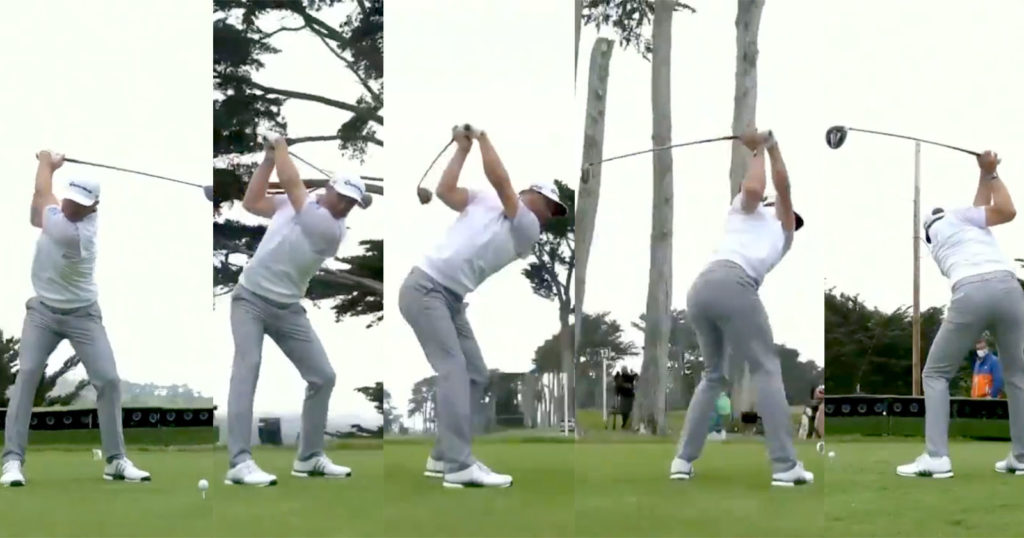 The 2021 US Open golf championship kicks off today, and if you pay attention to the broadcast, you may notice a neat new camera technology that has been deployed. This year, the sixth hole at Torrey Pines features an array of 88 cameras to capture the players’ swings in Matrix-style “bullet time.”

Golf Digest reports that the 121st US Open will be the first to feature the high-tech 4DREPLAY camera ring developed by Cisco, which was also used last week at the U.S. Women’s Open.

“That’s more cameras in one spot than NBC had on the entire grounds at Torrey Pines in 2008,” Golf Digest points out.

The 88 cameras will be arranged around the tee box, and the resulting bullet-time sequence can be paused at 34 different points in each captured swing.

While this kind of camera array is not new to sports — we’ve seen it used for various sports at the highest levels, ranging from baseball to soccer — what’s neat with the US Open’s system is that bullet-time sequences will be beamed immediately to the US Open app for fans to browse and study during the tournament.

“The angle that you get to see the swing from, we can control it,” NBC lead golf producer Tommy Roy tells the Los Angeles Times. “That’s why around the guy behind him, around to the front, freeze it wherever we want.

“[I]t’s a really good tool for [analyst] Paul [Azinger] to analyze these swings, and I can’t wait to see what DeChambeau’s swing’s going to look like there. So that’s why you required all those there. And thankfully, the USGA was very kind about allowing us to put that there.”

Here are a few example clips showing what the 4DREPLAY “bullet time” replays will look like:

Other cameras that will be used at the US Open this year include drone cameras (for aerial views), a “scorpion crane” (a camera that follows the ball from the teeing ground to the landing area), a “rat cam” (golf carts with a camera on the back), and a “frog cam” (a camera in the water to show balls going into the water).