One Dead After Media and Journalists Violently Attacked in Tbilisi, Georgia 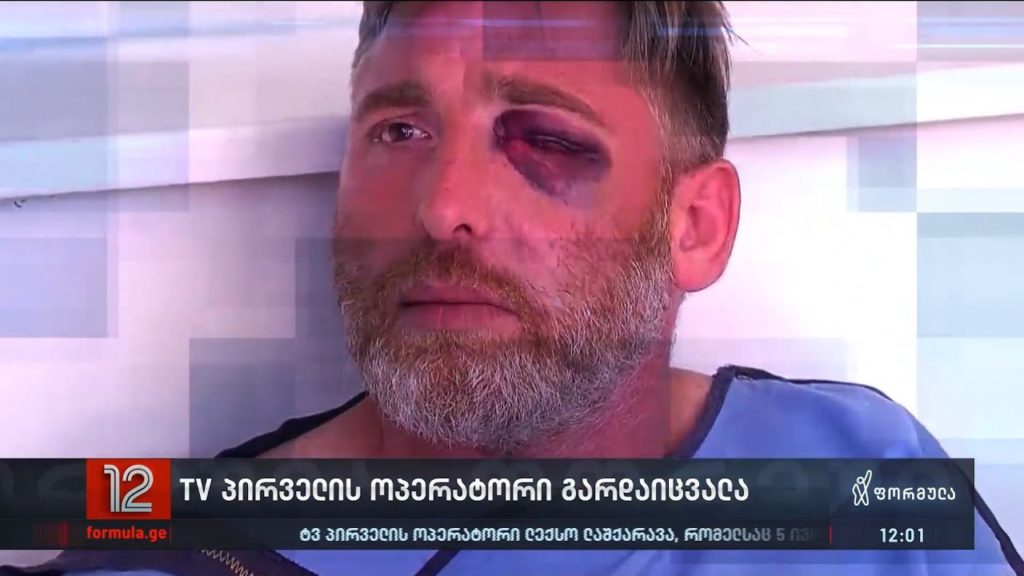 Cameraman Alexander Lashkarava was one of the dozens of members of the media who were beaten in an attack on LGBTQ activists and media in Tbilisi, Georgia. Organizers of the event called off the march after violent groups opposing it stormed and ransacked their offices and targeted journalists.

As reported by The Guardian, far-right assailants who were protesting a planned LGBTQ pride march attacked a television station and assaulted journalists. Lashkarava, who worked for the independent station TV Pirveli, was found dead in his bead early on Sunday, the channel reported.

Lashkarava suffered a concussion and broken bones in his face and underwent surgery after the attack, but was discharged on July 8 to recover at home, according to news reports. His mother later found him dead.

The exact cause of his death has not yet been revealed.

More than 50 journalists were attacked by the far-right anti-LBGTQ rights groups who were protesting the march in Tbilisi, causing its cancelation. Lashkarava’s death has outraged humans rights activists in Georgia who, according to Aljazeera, blame the local authorities for emboldening the hate groups and failing to keep journalists safe and LGBTQ supporters out of harm’s way.

Georgia’s president Salome Zourabichvili said that she visited Lashkarava’s family and offers condolences to the entire media community, and all of Georgia. She has called for a formal investigation and for those who committed the crimes to be punished.

I visited the family of Lekso Lashkarava. What happened is a tragedy and I send my condolences to the entire media community and to all of Georgia.

It must be investigated and those responsible must be punished. pic.twitter.com/jbDYo5kVeZ

The Committee to Protect Journalists (CPJ), based in New York, also issued a statement.

“Georgian authorities must thoroughly investigate whether Lekso Lashkarava died as a result of the assault he suffered while covering a demonstration,” Robert Mahoney, CPJ’s deputy executive director, says. “Those who attacked him and some 50 other journalists during a disgraceful display of anti-media violence should be brought to justice.”

According to the CPJ, police have launched a criminal investigation according to Article 115 of the Georgian criminal code, which pertains to “driving a person to suicide” which is often used when a body is found without an obvious cause of death.

Thousands have rallied in the streets of Georgia’s capital in response to news of his death.