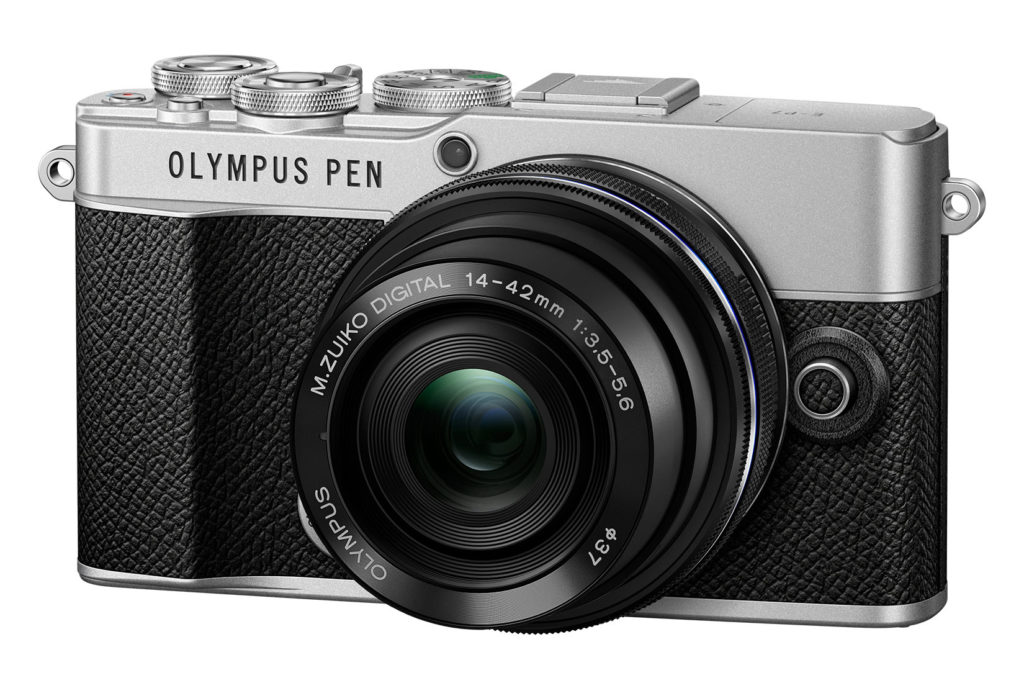 In its first round of releases since parting ways with Olympus Corporation, OM Digital Solutions has released the PEN E-P7. It’s a flat-bodied rangefinder-style camera with a 20MP sensor and tilting rear screen, but no viewfinder. Notionally it’s a successor to the E-P5 from 2013, which means it has higher-end aspirations than the entry-level E-PL10. As such, it boasts dual control dials, while borrowing creative image-processing options from the cult classic PEN-F.

The E-P7 has a small built-in flash, and its screen can be set facing forwards beneath the camera for selfies

Like other Olympus cameras, the E-P7 features 5-axis in-body image stabilisation. This promises up to 4.5 stops of shake correction for stills, along with smooth hand-held 4K video recording. Its lightweight body weighs a mere 337g on its own, and 430g when fitted with the compact 14-42mm EZ kit zoom. The rear LCD screen hinges down to face forwards beneath the camera for selfies, while face and eye detection are available for people pictures. Wi-Fi and Bluetooth are built in for sharing images via a smartphone using Olympus OI Share app, while USB charging allows the battery to be easily topped-up on the move.

Plenty of options are available for producing creative images, with a dedicated dial on the front of the camera providing access to Colour and Monochrome Profile Controls that aim to simulate various analogue film types via a range of built-in presets. Olympus’s Art Filters are also on hand to provide an array of more stylised looks such as Grainy Film, Pop Art, Instant Film and so on. The AP, or ‘Advanced Photography’ position on the mode dial gives quick access to a set of specialist modes such as multiple exposure, panorama and keystone compensation for fixing converging verticals.

The E-P7 lacks a built-in viewfinder, and there’s no means of adding an external electronic unit