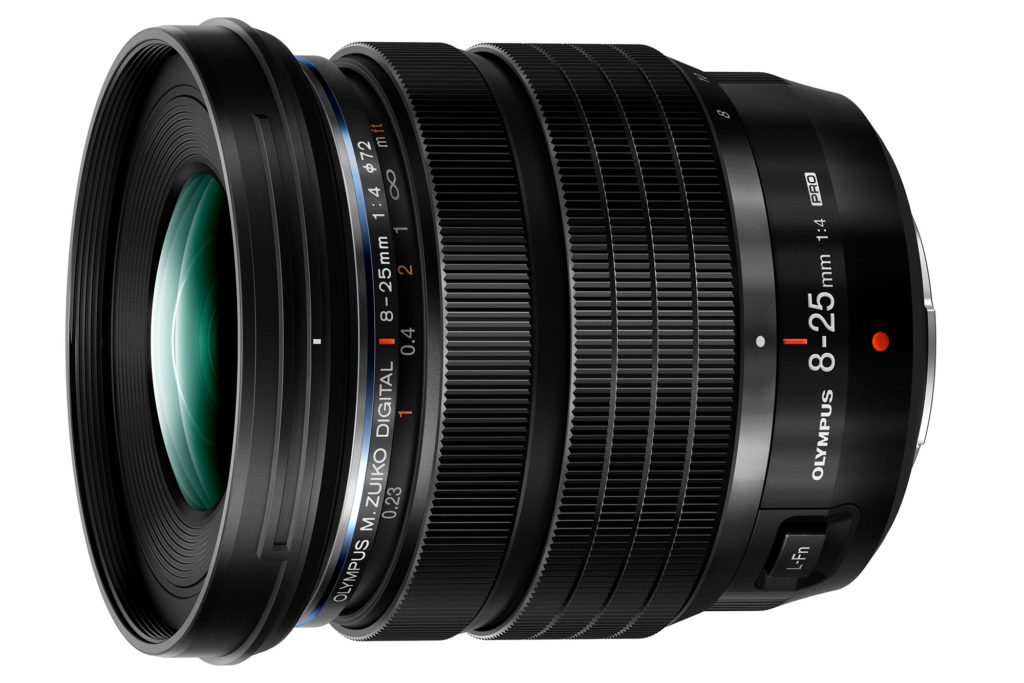 The lens extends substantially from its collapsed position (left) for shooting

Optically the lens employs 16 elements in 10 groups, with an array of special elements on board to suppress aberrations. It’s built to the same standard as other Olympus PRO-series lenses, with weather-sealed construction to the IPX1 grade, freezeproofing to -10°C and a fluorine coating on the front element for easy cleaning. Other features include a customisable L-Fn button and a push-pull manual focus clutch complete with a focus distance scale, while a hood is supplied in the box. The lens can focus as close as 23cm throughout the zoom range.

Like all Olympus PRO-series zooms, the 8-25mm is extensively sealed against dust and moisture