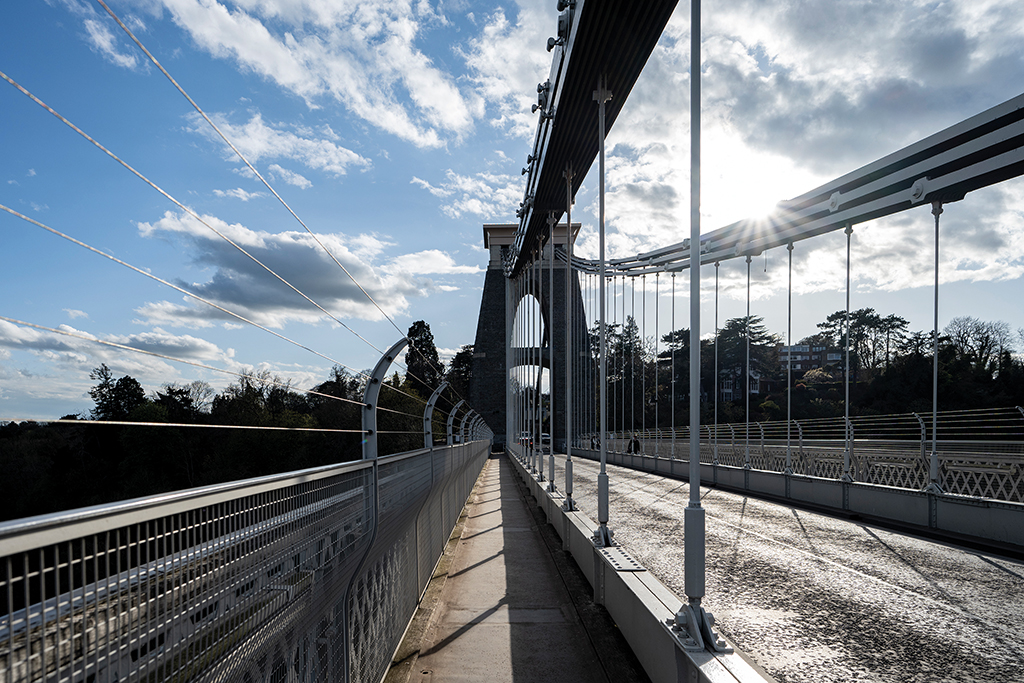 Amy Davies has been taking photographs for almost 20 years and lives in Cardiff. Amy shares her favourite piece of kit with us, the Nikon Z 20mm f/1.8 S lens, and how she uses it for landscape shots.

See more of her work at www.walksof2021.com, or on Instagram @amydavies.

AP: Tell us a little about your photography background

AD: I’ve been the Features Editor at Amateur Photographer for the past three years. Previously I’ve worked for other photography and technology magazines and websites. I’ve been interested in photography since I got my first camera aged 15, but I studied journalism at university. To this day, I continue to be amazed that I’m able to combine my hobby with my career to make a living. This year I have also started a new project and blog called Walks of 2021.

It’s pretty self-explanatory, but started as a way to document the many, many lockdown walks I was carrying out. In Wales, we were restricted to walks which started and ended from your front door in the early part of 2021, so I wanted to challenge myself. As lockdown restrictions eased, I’ve carried on with the project. Now my walks take place in various locations in England and Wales, and I’ve thoroughly enjoyed exploring various new destinations in the UK.

AP: What does your standard set-up/kit consist of?

AD: Being in the privileged position that I am, my kit varies, often depending on what I’m working on. That said, I’ve been lucky enough this year to have a long-term loan of the Nikon Z 7II.

AP: If you had to pick a favourite item in your kitbag what would it be?

AD: If pushed to choose just one lens it would reluctantly have to be the 24-70mm. I use this most often thanks to its flexibility. However, in terms of the one I enjoy using the most, it’s the 20mm f/1.8, which I’ve found to be surprisingly versatile for the subjects I shoot.

AP: What is it about the lens you’re so fond of and why?

AD: I’ve been using this lens as part of the long-term loan of the Z 7II, and prior to that I used it with the Z 7. I was keen to try it as I’m a big fan of landscape photography and very wide-angles in particular. There are occasions when 24mm isn’t quite wide enough, and having that little bit of extra width really comes in handy.

It’s not so wide though as to create unnatural-looking shots, such as you might get with 14mm and beyond. I was also keen on the lens because of the f/1.8 aperture. I started using the lens in the winter and would often be photographing in the dark. Being able to open up the lens nice and wide meant I was able to photograph scenes without ramping up the ISO too much.

AP: Can you elaborate about how you find the lens performs in use?

AD: Just like other Nikon Z lenses in the system, the 20mm f/1.8 lens performs incredibly well. It focuses quickly and quietly, and produces extremely sharp results, with very few problems such as flare. Distortion is kept to a minimum too. Occasionally I do apply distortion correction in ACR, but mostly find that it produces very natural results.

Primarily I use it for landscape scenes, but I’ve also found it works well for environmental portrait shots – particularly of my dog. The wide aperture helps to create a shallow depth of field effect while also giving an idea of where you are – crucial when I’m trying to show off a location on my blog.

AD: I really like the one of the Clifton Suspension Bridge, because it was taken on the first day we’d been permitted to travel outside of Wales for several months. This location is only a 45-minute drive from my house, but the regulations had been so severe that it was out of bounds for what felt like the longest time. It got me thinking about all of the other places I was keen to visit this year. I also love all the pictures of my dog, because, well, she’s my dog.

AP: If it could be improved in any way, how would this be?

AD: It would perhaps be good to include hard stops at either end of the focusing ring to help you to know when you’ve reached the closest focusing distance when manually focusing. The barrel size is a little bit awkward and larger than other prime lenses I’m used to.

AP: Tell us how you think your set-up/kitbag might look ten years from now?

AD: I think it’s safe to say that DSLRs in 2031 will be probably be a distant memory – I haven’t used one regularly myself for some time now. I’d be quite keen for camera kit to be smaller and lighter so that I can carry more of it for longer, so hopefully we will continue to see improvements in this area.