Nikon to Launch First Ever Camera with GNSS Instead of GPS 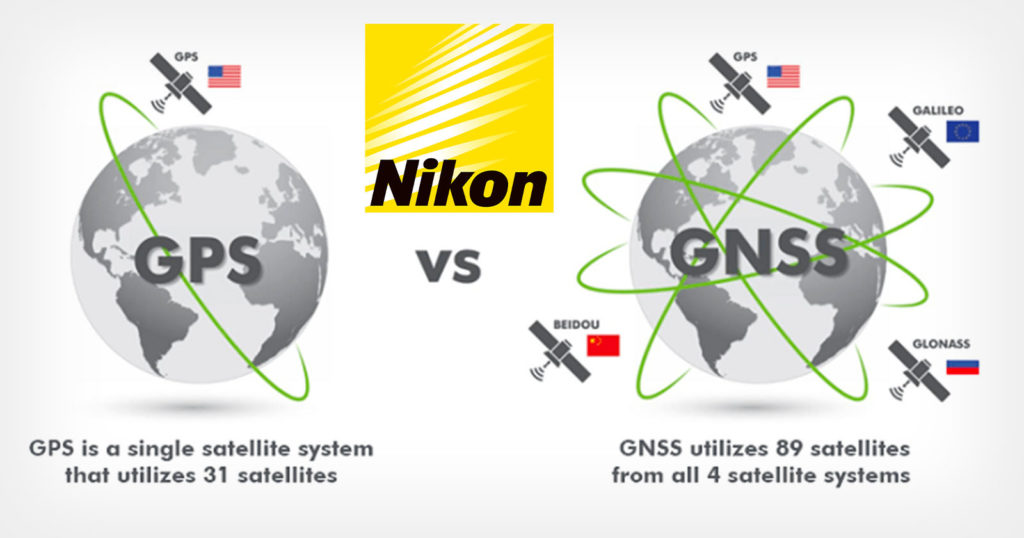 Nikon looks set to launch what is likely the first consumer camera to use GNSS instead of GPS. It would be a major upgrade in how geolocation coordinates are obtained for the metadata of photos.

The mention of GNSS was first spotted by Nokishita and reported by Nikon Rumors in a government registration filing for an unannounced camera from Nikon referred to as “N2014,” which will be equipped with Wi-Fi, Bluetooth, and Global Navigation Satellite System (GNSS).

The initial Tweet by @nokishita_c, translated from Japanese to English, reads “It seems that Nikon’s unreleased digital camera “N2014″ will be equipped with GNSS (satellite positioning system such as GPS) in addition to Wi-Fi and Bluetooth.”

Why is this interesting news? To understand that we need to understand what GNSS is and what the difference between it and GPS is. Often times the terms are used interchangeably but there are some key differences between the two.

The United States’ Global Positioning System (GPS) consists of up to 32 medium Earth orbit satellites in six different orbital planes, with the exact number of satellites varying as older satellites are retired and replaced. Operational since 1978 and globally available since 1994, GPS is currently the world’s most utilized satellite navigation system.

GNSS stands for Global Navigation Satellite System and is the standard generic term for satellite navigation systems that provide autonomous geo-spatial positioning with global coverage. These include GPS, GLONASS, Galileo, Beidou, and other regional systems.

A system that utilizes GNSS rather than an individual positioning system is able to tap into satellites across the various systems. The advantage to having access to multiple satellites is accuracy, redundancy, and availability at all times. Satellite systems don’t often fail, but if one fails GNSS receivers can pick up signals from other systems. Also, if line of sight is obstructed, having access to multiple satellites is also a benefit.

GNSS satellites orbit the earth at a medium altitude about once every 12 hours, with each satellite transmitting coded signals containing the satellite’s precise orbit details and a stable timestamp from an atomic clock. Devices containing the GNSS receivers collect the data from no less than three of these satellites at a time to calculate the precise position of itself in relation to each of the satellites, translating that into its own position in an earth-based coordinate system. This gives the user precise latitude, longitude, and altitude information.

GNSS in a Camera

When used in a camera, GNSS would provide each image with one of the most accurate geopositioning systems possible. This would be very useful for military, search and rescue, and even photojournalist/landscape/wildlife photographers for keeping track of exactly where and when an image was recorded.

No word yet on what kind of camera the “N2014” is or when we may see it announced to the public, but we’re guessing the unveiling could be sooner rather than later. Stay tuned.