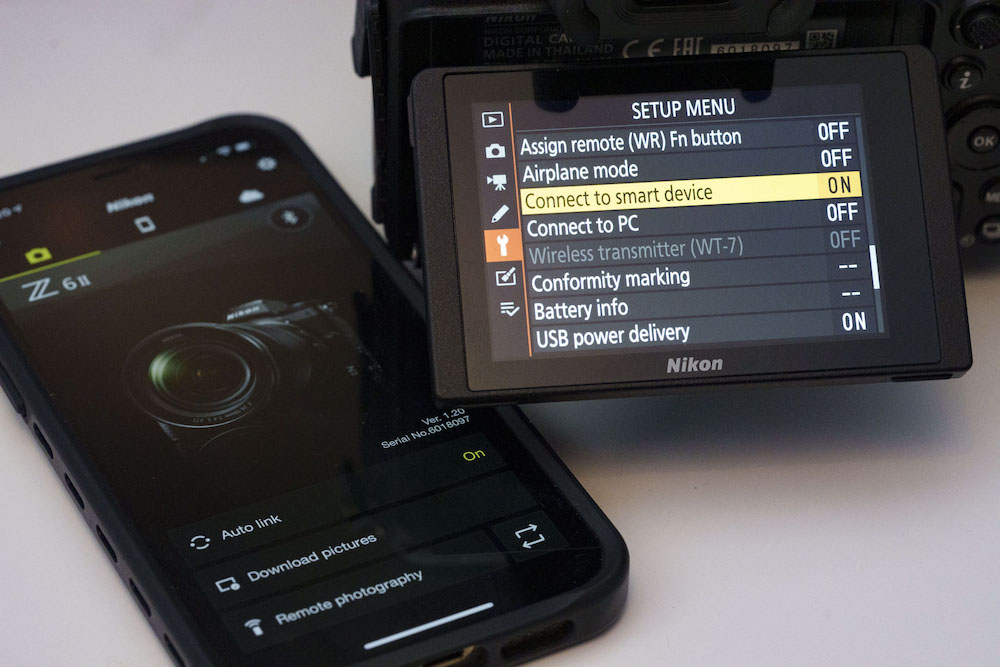 Nikon has released the latest iOS version of its Snapbridge app (version 2.9.0) with the Android version set to be released on 19 April 2022.

The app has been upgraded with more optimisation, a more user-friendly design and more ‘comprehensive and rich functions’.

The key updates are that instant 8MP image transfers are now possible (previously this was 2MP files), support for WMU (wireless mobile utility) on the Android version and various ‘bug fixes’.

Nikon’s Snapbridge app is a mobile phone software that establishes a constant connection between Nikon cameras and smart devices, such as smartphones and tablets.

The app helps photographers to pair up to five Nikon cameras to a smart device, so they can save and easily share their photographic work through the Internet.

With this app, users can easily control the camera and download pictures on their mobile phones or tablets and share and communicate with their visuals via the Internet.

SnapBridge previously produced 2MP web-ready versions of your pictures that then appeared on your smart device/s but in the updated version this has been boosted to produce 8MP image files.

Users can connect to smart devices such as Nikon cameras and mobile phones through WiFi and can adjust camera settings and shoot with the help of smart devices.

They can also view and download newly captured photos at any time on the smart device and then upload them to social media platforms or save them to the free NIKON IMAGE SPACE cloud storage site.

Using the Nikon SnapBridge app with a smartphone

SnapBridge allows creators to easily add information or text to photos on their phones, clearly marking every moment.

The software can also set the camera clock to the time of the smart device, receive firmware update notifications for paired cameras at any time, and some models can even perform firmware upgrades directly via SnapBridge without the need for a computer or memory card.

The newly upgraded version of Nikon SnapBridge supports more Nikon camera models and is said to have ‘a more user-friendly designs, optimised from all aspects of image creation, to inject fresh vitality into the image creation of professional photographers and photography enthusiasts, and jointly explore more possibilities on the road of photography.’

To find out more just go to Nikon Snapbridge Software.

How to use the Nikon SnapBridge app

Which camera maker is best for connecting to smartphones?