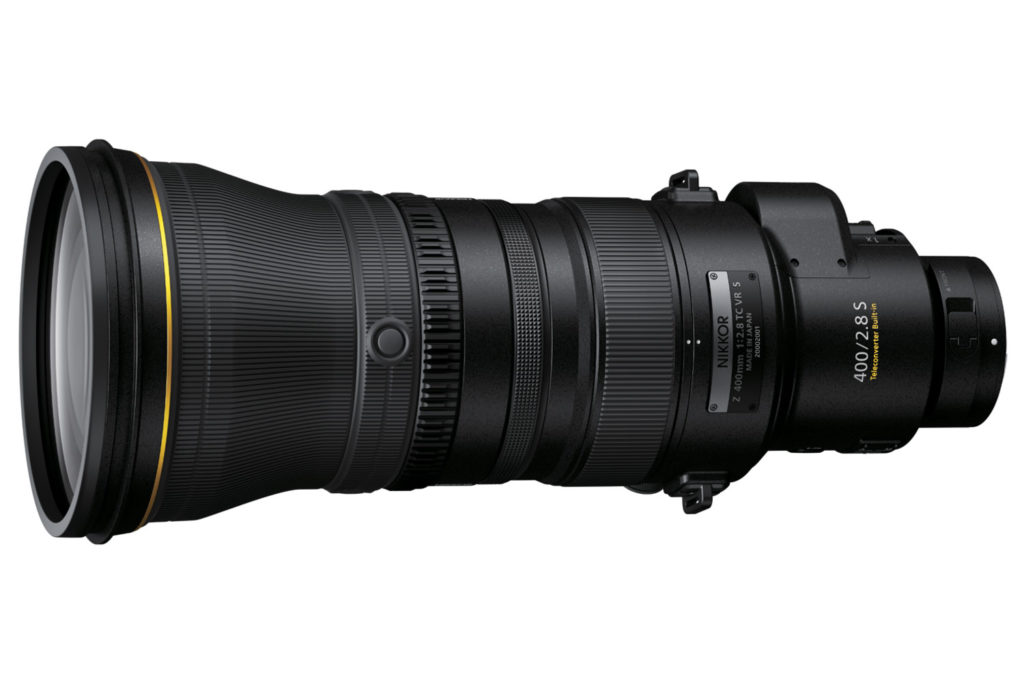 Nikon has revealed that it’s in the process of developing a new telephoto prime, the Nikkor Z 400mm f/2.8 TC VR S, that sounds like the perfect fit for the new Z 9. The firm is saying very little about it so far, but we can glean from all those initials that this will be a premium S-line lens with built-in optical stabilisation.

More interestingly, it boasts a built-in switchable 1.4x teleconverter, which when engaged will give a 560mm f/4 lens. It’s the first time we’ve seen such an approach used with a prime lens, rather than a zoom.

Nikon has also teased that the lens will exploit a new optical coating with ‘the highest anti-reflection performance in NIKKOR history’. Pricing and availability are as yet unknown, but we expect it’ll probably come to market in a few months’ time.

Nikon has also revealed an updated lens roadmap, detailing optics that it plans to release during the rest of 2021 and 2022. We’ve summarised the newly-promised lenses in a simplified diagram below.

The latest version adds five full-frame primes, including an 85mm whose position beside the 50mm f/1.2 suggests that Nikon may be intending to match the Canon RF 85mm F1.2L USM. There’s also a compact wideangle with an unusual 26mm focal length, along with 400mm, 600mm and 800mm S-line telephotos. The former comes in addition to the aforementioned 400mm f/2.8 TC VR S.

We’re also delighted to see two more DX-format lenses for use on the Z 50 and Z fc, including a 12-28mm wideangle zoom (18-42mm equivalent) and a 24mm prime (36mm equivalent). But we can’t help feel it would be more logical if the 24mm compact prime were full-frame, and the 26mm a super-compact standard prime for DX format cameras (approx 40mm equivalent).

These new lenses join the previously promised 200-600mm full-frame zoom from the firm’s existing roadmap. It’s worth noting that the small print says the roadmap is subject to change without notice, but in our experience, this doesn’t happen very often. Companies do, however, sometimes release lenses that haven’t been previously shown on their roadmaps, so don’t despair if one you really want isn’t there.