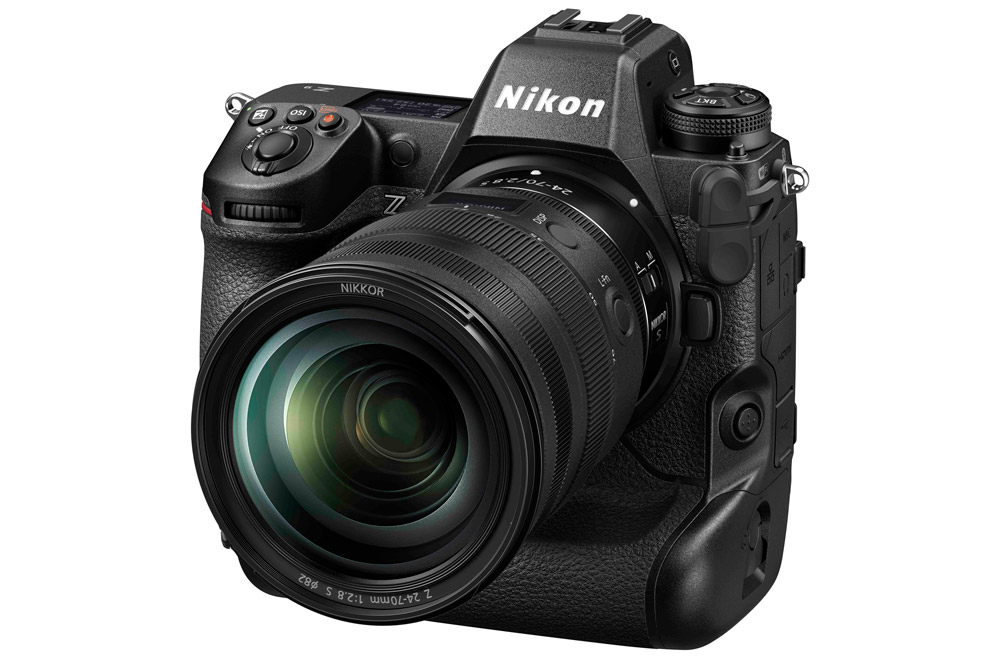 The update has introduced what Nikon calls ‘a new High-Frequency Flicker Reduction function.’

This function, when enabled in photo shooting mode, allows the shutter speeds of the 45.7MP Z 9 to be fine-tuned in smaller increments.

Previously, shutter speeds could be adapted to 1/3 or 1/2 EV increments.

However, the new advancement allows users to adjust shutter speeds to those as small as 1/96* EV.

The ability to adjust shutter speeds more precisely than ever before makes it possible to control the effects of flicker – even when signboards and high-frequency LED lighting are in view whilst shooting.

Indeed, that top shutter speed was enough for the Nikon Z 9 to capture a speeding bullet at 1/32,000th of a second.

However, when High-Frequency Flicker Reduction is enabled, shutter speed can be fine-tuned in very small increments at speeds between 1/8000sec and 1/30sec.

The Nikon Z 9 in hand

The firmware update is designed to also improve AF tracking performance, particularly when shooting small subjects – especially those that take up a tiny portion of the frame.

Further to this, the focus accuracy has been refined for when eye or face-detection AF is used with continuous-servo AF (AF-C).

Nikon says that these updates ‘will help photographers and videographers with more stable shooting.’

The Z 9 firmware version 2.10 has also fixed the following issues: