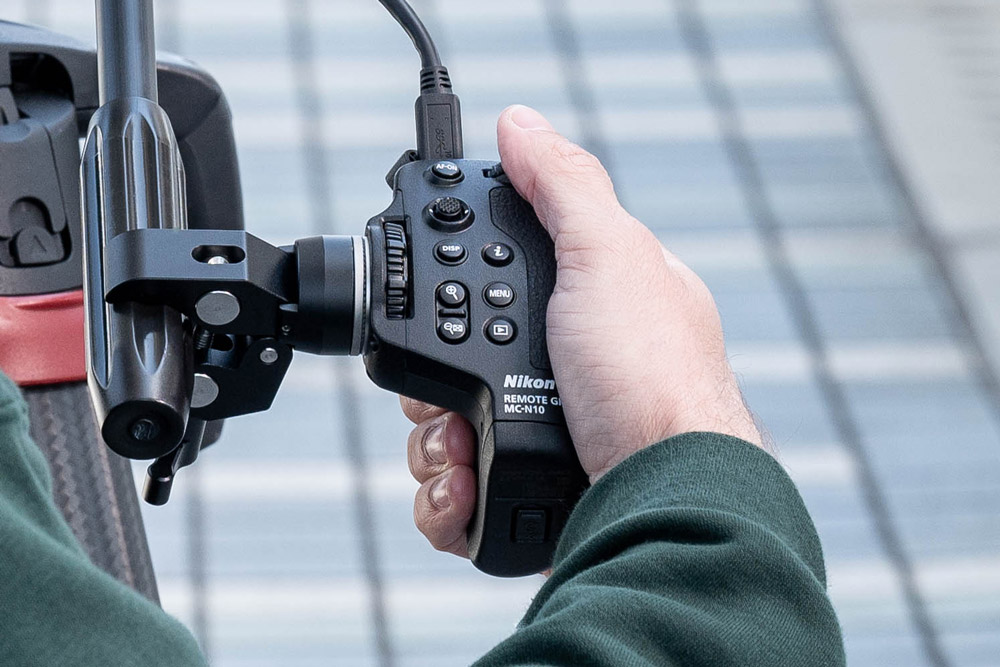 Nikon has announced that it is developing a new remote grip, the MC-N10 for Nikon Z-mount cameras, such as the Nikon Z9. The remote grip uses a wired cable to connect to the camera, and provides remote control of the camera, with shutter release, and other controls, so that the camera can be controlled when used on a video cage or other setup.

The Nikon MC-N10 also includes a back AF-On button, front and rear command dials, a joystick, plus buttons to access the i control panel, the menu system, playback, and display, as well as zoom controls.

Prices, release date, and availability is not yet known – we’ll update this when we know more. At the time of publication, the MC-N10 has not yet been added to Nikon’s website.

From Nikon: London, United Kingdom, 14th April 2022: Nikon is pleased to announce the development of the Remote Grip MC-N10 for mirrorless cameras for which the Nikon Z mount has been adopted.

Nikon will continue to contribute the development of imaging culture, with the hope of expanding possibilities for imaging expression, for both videos and stills.

We’ll update this when we have more information.