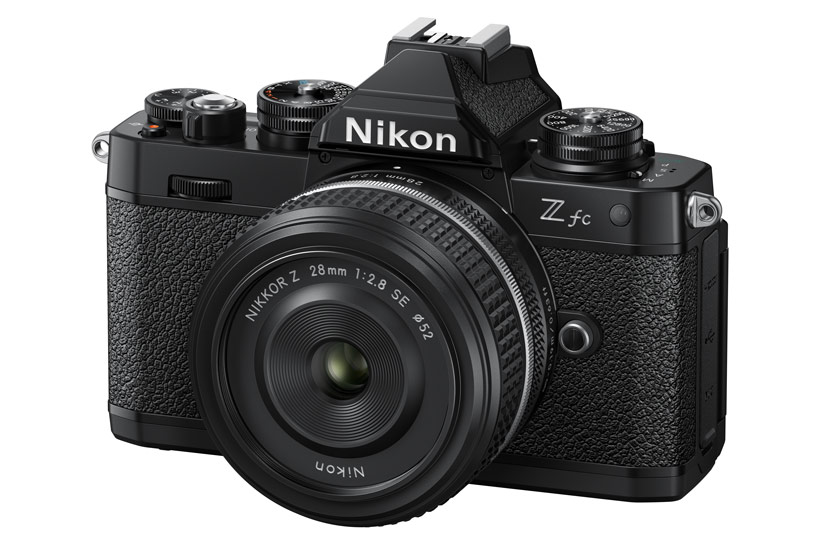 Nikon has introduced two new products inspired by their popular heritage models, one of them is the black version of the iconic Nikon Z fc mirrorless camera. This comes after the success its silver version had last year, which was the first among Nikon’s Z-series to combine said ‘heritage’ design with advanced mirrorless technology.

London, United Kingdom, 9th November 2022: Nikon today introduces two new products to its ever-growing range, which have been inspired by its popular heritage models. New to its line-up is the black version of the iconic Nikon Z fc camera and the NIKKOR Z 40mm f/2 (SE) – a compact and lightweight prime lens offering both superb image quality and versatility. Both releases combine the innovative technology synonymous with Nikon’s Z series and stunning retro design.

The Z fc mirrorless camera was the first Z-series model to combine a ‘heritage’ design with advanced mirrorless technology – not only was it ideal for capturing stills and videos, customers were proud to own it. Following the tremendous success of last year’s silver version, the release of the Nikon Store exclusive Black Edition fulfils customer demand, and reflects Nikon’s ambition to encourage even more to enjoy the timeless Z fc. As well as this, six new colours for the Premium Exterior have been added, exclusively available for the Z fc Black Edition – totalling 12 different colour variations for the Z fc Silver and Z fc Black combined.

With a lightweight build, and a superior optical performance, the NIKKOR Z 40mm f/2 (SE) lens is perfectly suited for shooting portraits and other still subjects, impressing users no matter the setting. The constant maximum aperture of f/2, allows photographers to create the most beautifully round-shaped bokeh and its 40mm mid-telephoto focal length emphasises the primary subject.

The NIKKOR Z 40mm f/2 (SE) lens also inherits its design from the classic NIKKOR lenses, which were released in the same period as the Nikon FM2 film camera – the heritage model that inspired the Z fc. Its arrival expands the choice of lenses which are suited to the Z fc’s retro design.

Its compact size and light weight means it doesn’t only look good, but is also perfect for those on the move. Meanwhile, its high-speed and accurate Auto Focus and a dust and drip resistant body allows it to blend into any lifestyle, enhancing the joy of shooting.