NFTs Explained on SNL with an Eminem Rap Parody 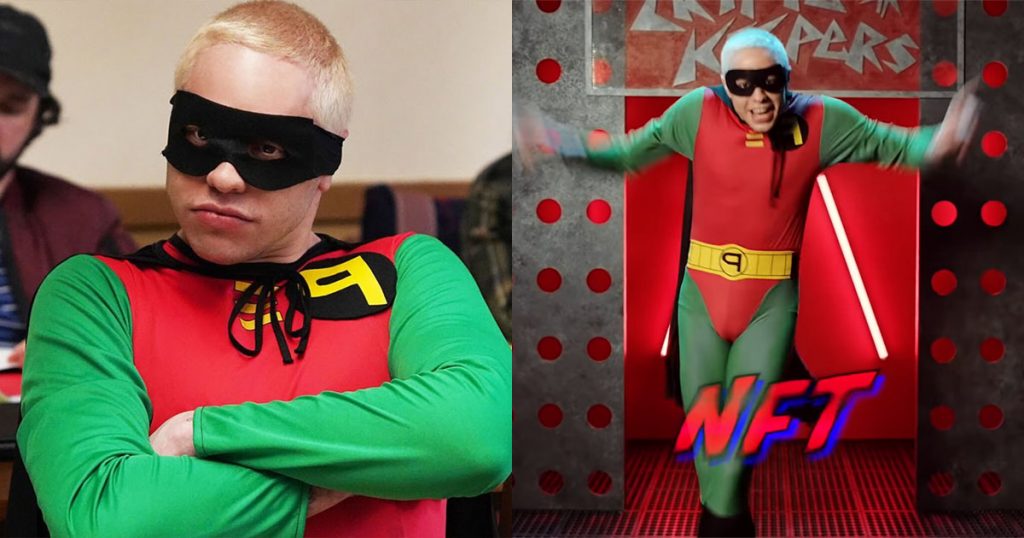 Non-fungible tokens in cryptocurrency have made a splash in the art world in recent days. If you’re out of the loop and don’t have time to read an in-depth explainer on what NFTs are, check out this humorous 3.5-minute Eminem rap parody by Saturday Night Live that will bring you up to speed (maybe).

The skit features US Treasury Secretary Janet Yellen (played by Kate McKinnon) talking to a college economics class. When the professor opens up the time to questions, one of the students, Eminem (played by Pete Davidson dressed as Batman’s sidekick Robin), raises his hand and asks what NFTs are.

“Non-fungible means that it’s unique. There can only be one like you and me,” the janitor raps. “NFTs are insane, built on a blockchain. A digital ledger of transactions, it records information on what’s happening. Once it’s minted, you can sell it as art.”

With NFTs opening the door to verifiable provenance for digital artworks, there has been an explosion in activity with artists rushing to cash in on the craze while it’s hot.

Perhaps the most notable sale thus far was by digital artist Mike Winkelmann (known professionally as Beeple), who combined 5,000 of his digital pieces into a mosaic and then put it up for auction at Christie’s. Everydays: the First 5000 Days ended up selling for $69,346,250 on March 11, making it the 3rd most expensive artwork ever sold by a living artist.

Photographers can use NFTs to sell limited editions of purely digital photographs without having to worry about making/signing prints or working with a gallery, though whether or not this route will be a viable income source in the long run remains to be seen.

SNL’s sketch ends with the sale of an imaginary NFT showing the cast members posing on the iconic Abbey Road crosswalk featured on the Beatles’ 1969 album. It’s sold for 420 Ether, worth about $750,000 at the time of this writing.